This is the cringeworthy moment Darius shot to fame with his rendition of Britney Spears’ hit, Hit Me Baby One More Time on ITV’s Popstars.

Former Pop Idol contestant and theatre star Darius Campbell Danesh was found dead in his US apartment room at the age of 41.

His family announced today that the singer and actor was found in Rochester, Minnesota, on August 11, with the cause of death still unknown.

Darius made his first bid for fame in ITV show Popstars in 2001 with his quirky rendition of Britney Spears’ Baby One More Time, but judges Nigel Lythgoe, Nicki Chapman and Paul Adam were not at all impressed.

Introducing his song choice, Darius tells judge Nigel Lythgoe that he will be singing his ‘favourite, Hit Me Baby One More Time, before looking off set to other contestants and listing off their audition numbers.

Nigel interrupts him to say, ‘Darius, Darius, forget the spiel, let’s get on with the song.’

Wearing his hair slicked back and donning a goatee with his black turtleneck top, Darius is animated as he sings the Britney hit a capella.

The camera cuts to his fellow contestants sat nearby as he gives everything to his performance, with them all sat watching and listening intently. 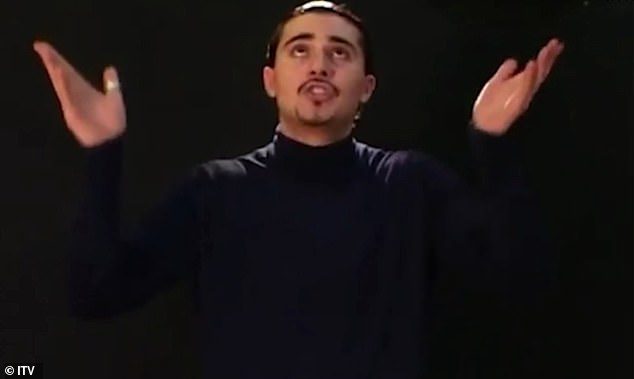 This is the cringeworthy moment Darius shot to fame with his rendition of Britney Spears’ hit, Hit Me Baby One More Time on ITV’s Popstars 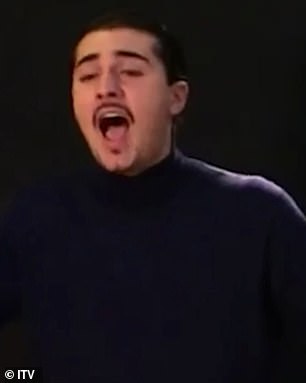 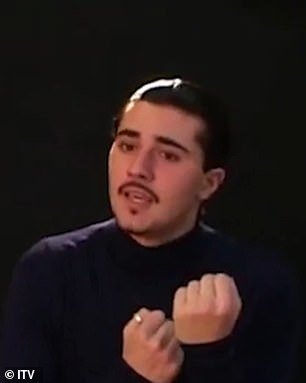 Darius, who was 21 when he auditioned, jumps from high pitches right down to deep notes very quickly, not to the amusement judge Nigel Lythgoe, who looks unimpressed by the song while he was only half-way through

Darius, who was 21 when he auditioned, jumps from high pitches right down to deep notes very quickly, not to the amusement judge Nigel, who looks unimpressed by the song while he was only half-way through.

His dance moves and animated facial expressions while giving his best to the judges went down well with Popstars fans, who have described the audition as legendary and ‘iconic’.

Before giving their verdict to Darius, songwriter Paul Adam his fellow judge Nicki Chapman: ‘He has talent, but I’m not sure if he’s the right person to fit into a five-piece band… Or even a 100-piece band.’

Nigel Lythgoe adds: ‘To do something like he has just done there which is a complete show off that doesn’t work is crazy.’

The judges gave Darius a no, leaving him unsuccessful that year. But in 2002 he appeared in the first Pop Idol where he got to the finals, but was won by Will Young.

The Scottish performer went on to forge a successful theatre career, appearing in Chicago as Billy Flynn in two runs of the production, as well as Guys And Dolls, Gone With The Wind and more in the West End.

After Pop Idol in 2002, Danesh turned down Simon Cowell’s offer of a record deal and signed with producer Steve Lillywhite, whose credits include U2 and the Rolling Stones.

News of Darius’s death has spread on social media, where industry colleagues and fans alike have shared their shock and sadness. Many have mentioned the audition in their tributes, hailing the moment as ‘iconic’.

Another person said: ‘Darius dies at 41. No age at all. One of the early reality star legends.’

One fan wrote: ‘Darius was such a huge figure for that early 00s wave of reality TV and ‘characters’ coming out of it. Us Pop Idol fans will never forget the Hit Me Baby One More Time clip – but Colourblind was such a bop.

‘He always seemed so suave and talented. This is just too sad.’

Similar, another added: ‘Darius Danesh provided one of THE most iconic pop culture moments of the early 00s. How very sad that he’s passed so young.’ 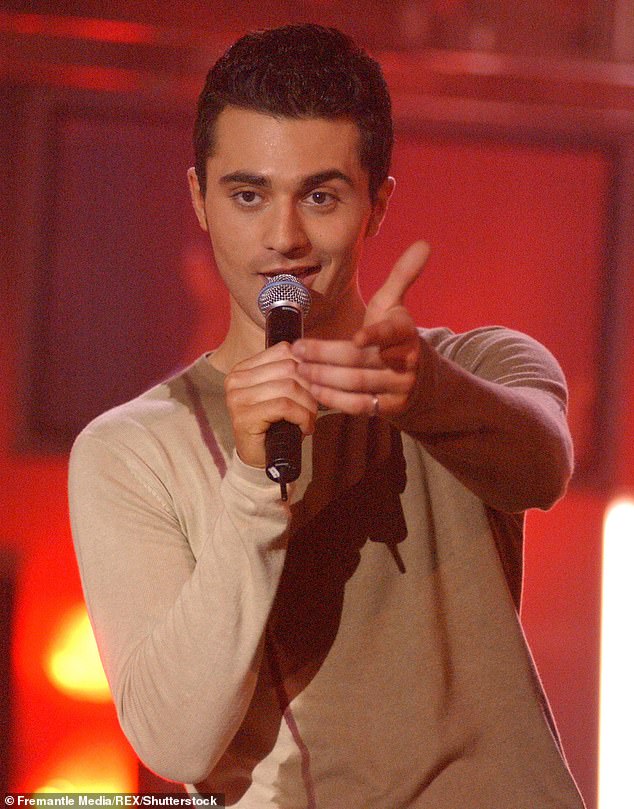 Passed away: Former Pop Idol contestant and theatre star Darius Campbell has been found dead in his US apartment room at the age of 41, his family announced 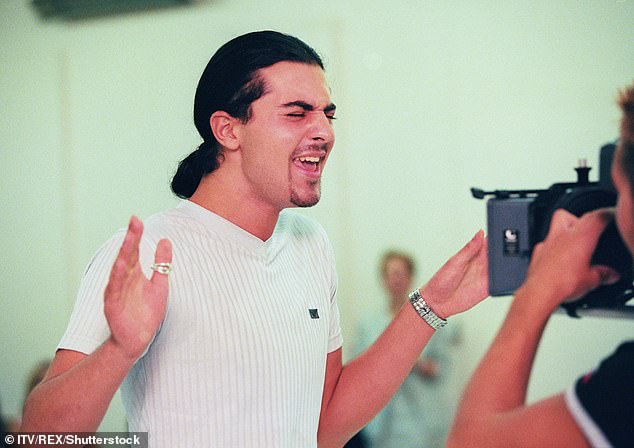 After Pop Idol, Danesh turned down Simon Cowell’s offer of a record deal and signed with producer Steve Lillywhite, whose credits include U2 and the Rolling Stones

Reflecting on his music, someone said: ‘Oh no! This is such sad news. I used to love Darius.

‘His rendition of Hit Me Baby One More Time was iconic and Colourblind was an absolute banger.’

A family statement from Darius’s family, announcing his death on Tuesday, read: ‘It is with great sadness that we announce the passing of Darius Campbell Danesh.

‘Darius was found unresponsive in bed in his apartment room in Rochester, Minnesota, on August 11 and was pronounced dead in the afternoon by the local medical examiners’ office.

‘The local police department have confirmed that there were no signs of intent or suspicious circumstances. The cause of his sudden death is unknown at this stage while medical examinations continue.

‘We ask that you kindly respect our wishes for privacy at this time whilst we come to terms with the tragic loss of our son and brother.’

Many fans have shared clips and cover artwork to Darius’s number one hit single Colourblind, which stayed at the top of UK charts for two weeks making it certified silver, as well as peaking at number 13 in the Irish Singles Chart.