THIS is the shocking moment a 64-year-old Jewish man was knocked unconscious after he was punched in the face in a "racist attack".

The victim was shoved to the ground while walking in Stamford Hill in London at 8.30pm on Wednesday, cops said. 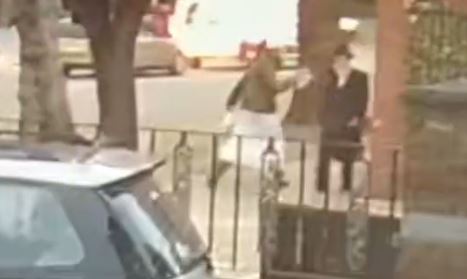 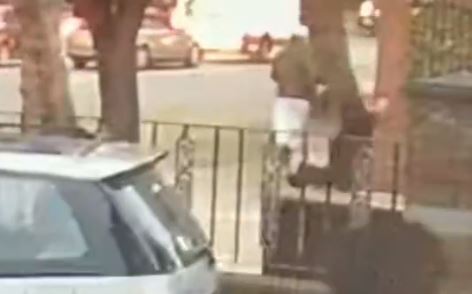 Shocking footage shows the man's head being slammed into a nearby wall from the force of the punch.

And a separate clip taken just hours before the attack allegedly shows a Jewish child being "viciously punched" in nearby Holmdale Terrace.

The two videos appear to show the same attacker dressed in white, wearing a headdress and a greenish brown coat.

Neighbourhood watch group Shomrim said cops are linking a "series of horrific unprovoked attacks" in the area on Wednesday evening.

Shomrim said the 64-year-old man was left unconscious following the brutal assault and he was rushed to hospital with head injuries.

"Shocking footage of a vicious racist attack," the group tweeted on Friday.

"The unconscious victim was rushed to hospital with a broken foot/ankle & nasty head injuries.

"@MPSHackney specialist hate crime officers are keen to speak to this male."

And dashcam footage appears to show the same attacker hitting a boy on a bicycle at 7.10pm.

"Detectives are linking a series of horrific unprovoked attacks this Wednesday evening."

Cops said no arrests have been made in connection to the assaults.

A spokesman for the Met Police told Mail Online: "On Friday, 20 August, police received a third party report of an assault that occurred on Stamford Hill at approximately 20:30hrs on Wednesday, 18 August.

"Officers have spoken with the 64-year-old victim and enquiries remain ongoing."

The spokesman said detectives are attempting to make contact with the victim in the earlier attack at 7.10pm.

Anyone with information about the attack on the 64-year-old man is urged to call police via 101 quoting reference Cad 4492/20Aug.