This is the moment a meteor streaks across the sky as a boom rumbles across northern Utah.

The short video shows something leaving a white streak trailing near Salt Lake City captured by Snowbasin Resort in Utah.

Utah Governor Spencer Cox tweeted that his office confirmed it was not related to any seismic activity or military installations.

Cos said the ‘likely best theory’ was that a high altitude meteor hit the atmosphere, creating the loud bang. 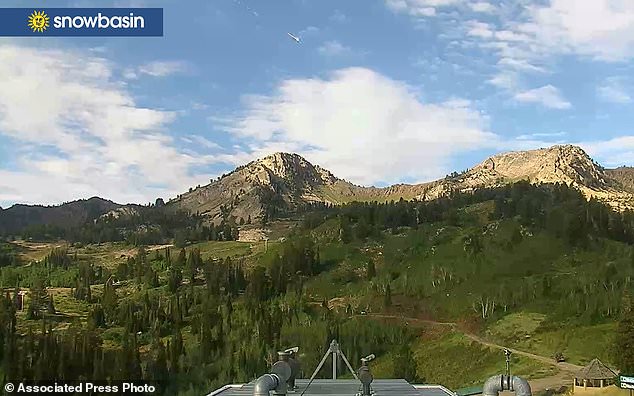 This image from video released by Snowbasin Resort shows their web cam capture of a meteor flying over Snowbasin in Huntsville, Utah on Saturday, August 13 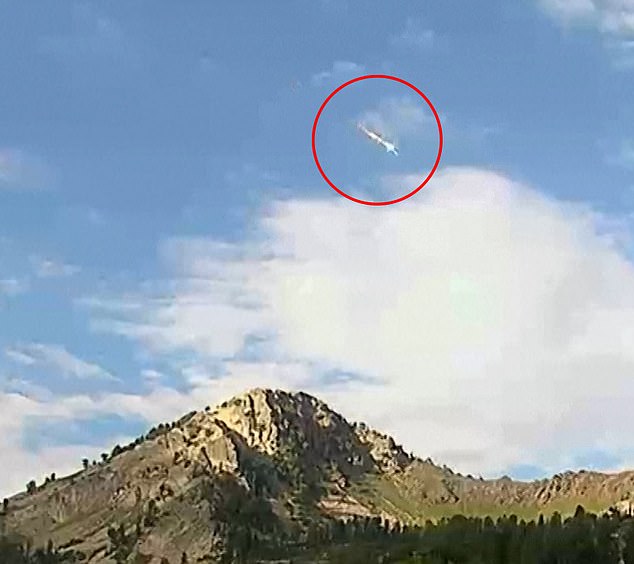 Reports of the loud noise circulated at about 8:30 am, with people from Orem to southern Idaho posting that they heard the ‘boom’

Reports of the loud noise circulated at about 8:30am, with people from Orem to southern Idaho posting that they heard the ‘boom,’ The Salt Lake Tribune reported.

The National Weather Service’s Salt Lake City office wrote in a tweet that its lightning detection mapper likely picked up the meteor’s trail flash, which officials said seemed to be confirmed by witness video in Roy.

South Salt Lake resident Wendi Melling was just heading out the door Saturday morning when she heard the noise, which she described as a ‘loud deep booming sound’ followed by a few seconds of rumbling.

‘I thought I heard something fall in the house. I have since searched the house top to bottom and the only thing I’ve found was one slat from our wooden fence that had fallen, so that’s a relief,’ Melling wrote in a Facebook message.

‘This rumbling noise that followed the boom was maybe on 3-4 seconds.’

Another woman was filmed looking up to the sky with a shocked expression as what could be mistaken for thunder echoed over the residents.

The noise was also reported in Idaho, the state neighboring Utah.