SHOCKING footage of a Morrisons employee hurling racial abuse at a customer has emerged.

The vicious staff member screamed across the store: "Come and hit me you black c***" at a customer as she was dragged away by horrified colleagues. 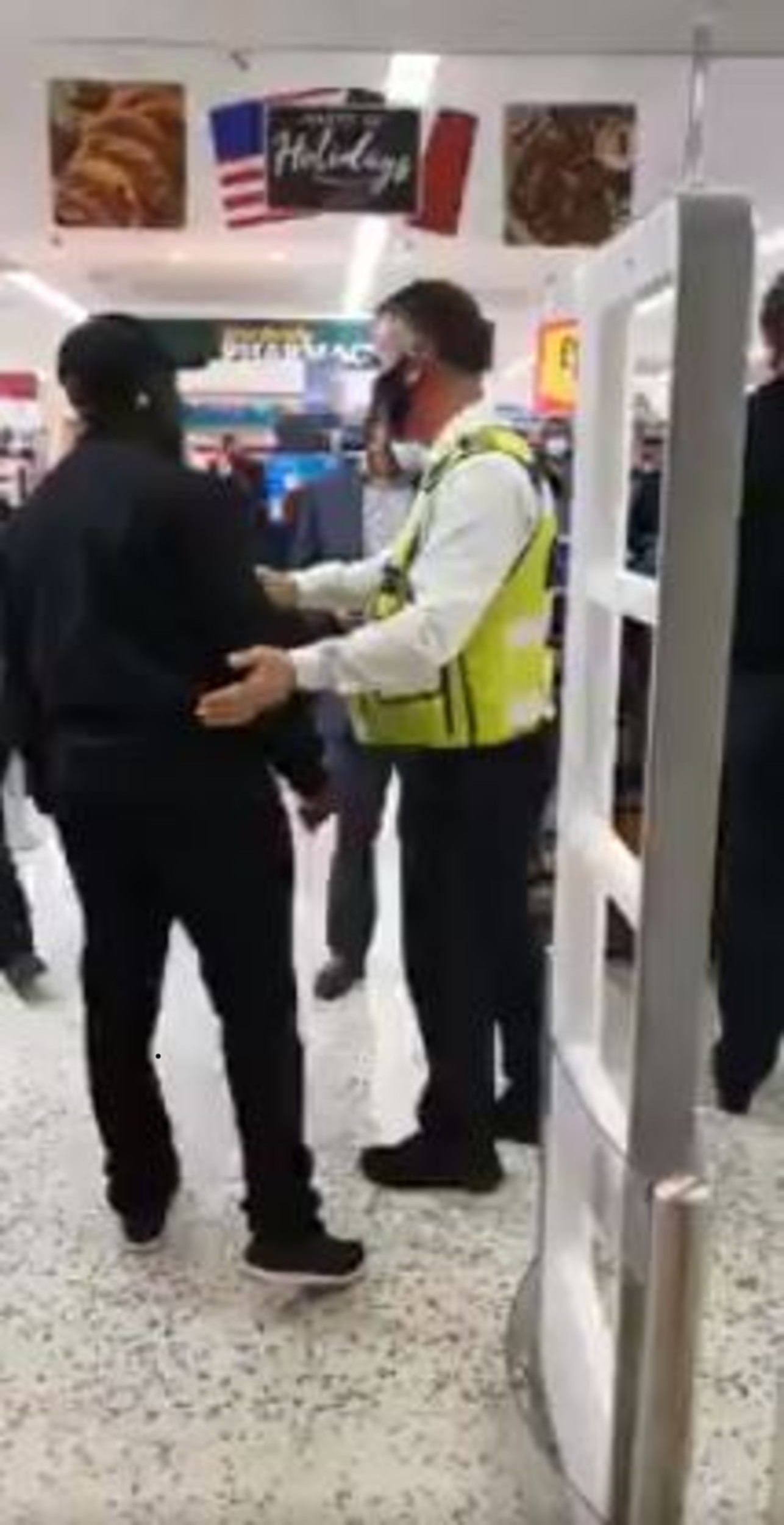 The incident is believed to have taken place at a store in Palmers Green, London and appeared on social media on Friday.

As the clip begins, the customer is surrounded by security as a woman off-camera shouts at him.

The Morrisons employee can be heard saying: “All I said to you was turn the card over you stupid f**** c***.”

The customer, who was black, responds: “They are going to have to sack you.”

The employee shrieks back: “Come and hit me, hit me, then I can take you to court you c***”.

The enraged worker then storms towards the man as a co-worker fails to restrain her as she continues to scream “Hit me”.

Astounded shoppers can be seen watching as the Morrisons employee’s rant turns racist as she shouts: “Hit me you f**** p****, you black c***”.

I’ll get someone to come and hurt you, you’re going to hate me. You don’t know who I am you p***

Loud gasps can be heard as shocked bystanders cringe at the woman’s racist remarks as she continues to berate the man.

The woman continues to threaten: “I’ll get someone to come and hurt you, you’re going to hate me. You don’t know who I am you p***”.

More of the woman’s co-workers surround her as they struggle to contain their irate colleague.

“I come off my holiday and every time I come in this store someone’s going to mentally abuse me.”

The video was posted to Facebook with the caption “Morrisons staff calling a customer Black c*** absolutely shocking.”

Gina Johnstone wrote: "I’ve had bad days in customer service but never used that as an excuse to unload verbal abuse against a customer.”

Simone G Meech added: “Made a right a*** of herself there.”

Elish Gleeson wrote: “Wow that’s not on, I hope to god she got the sack.”

And one Twitter user reposted the video, saying: “Morrisons can someone let us know if this vile racist piece of s*** has been fired yet? Palmers Green store!”

A Morrisons spokesperson said: "The individual in question no longer works for Morrisons." 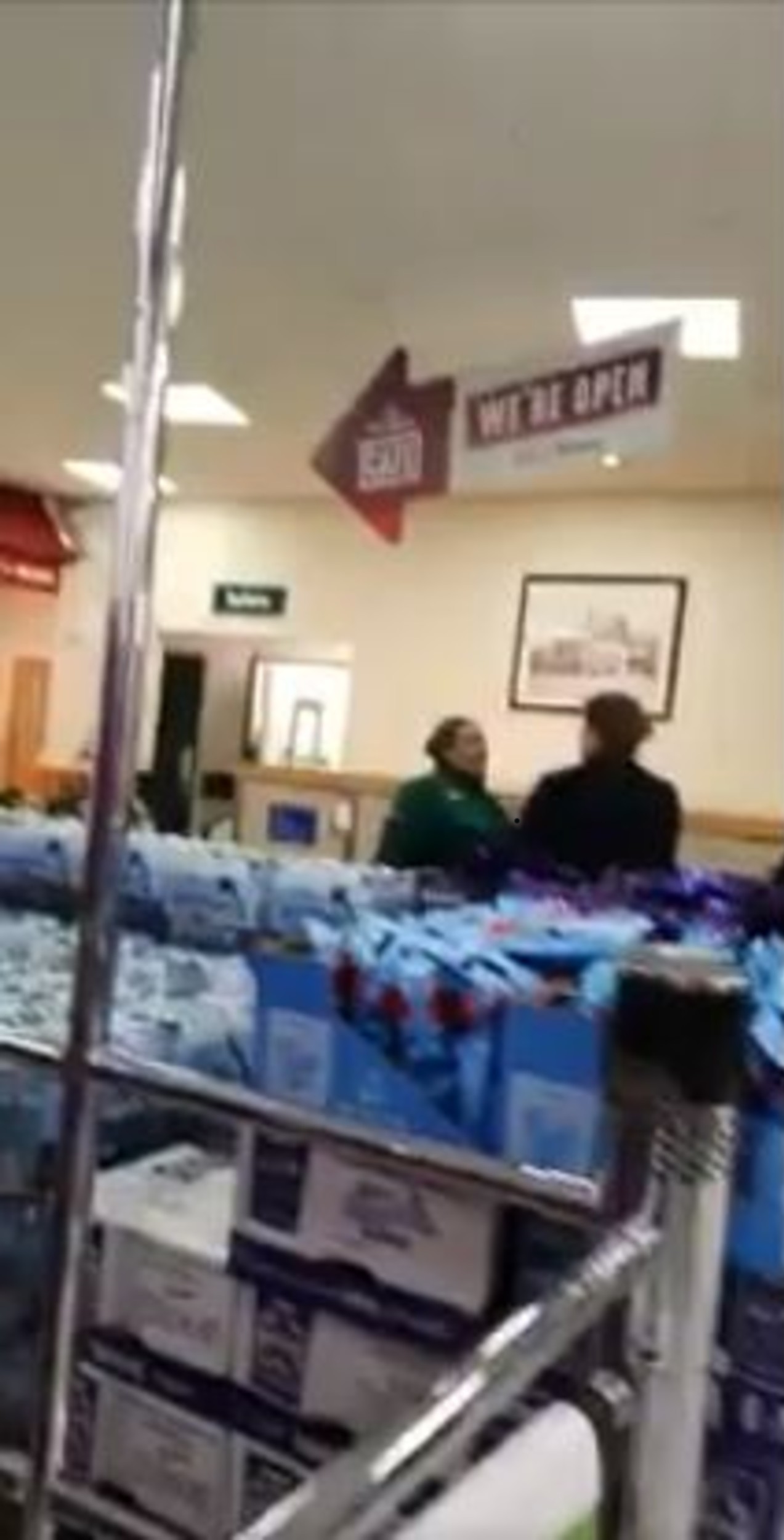 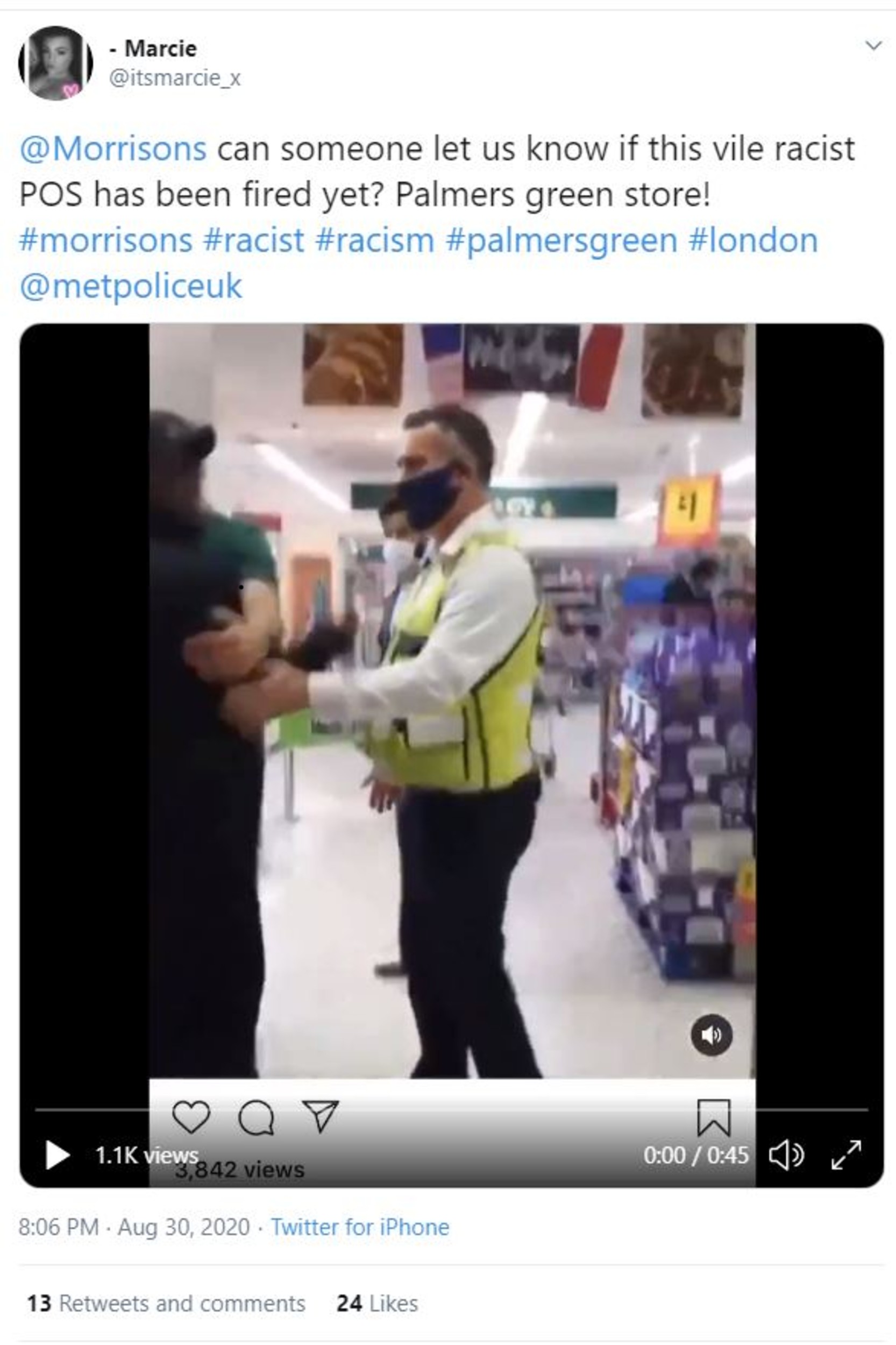