A motorist was caught on camera desperately trying to avoid paying for his car to be unclamped – by attempting to DRIVE OFF with the restraint still fastened to his wheel.

Footage showed the moment the unnamed driver attempted to drive off with the clamp still attached to his front near-side wheel.

When the clamp failed to detach from his car, the driver then reversed back towards the pavement as white smoke began billowing from the engine.

Witness Asif Attia was getting his car ready for work when he smelt burning rubber coming from the smoking Volkswagen Golf parked down his road in Leyton, North London.

The 39-year-old watched in astonishment as the shameless driver tried to pull away from the curb in a failed attempt to free it from the bright yellow clamp on its tyre. 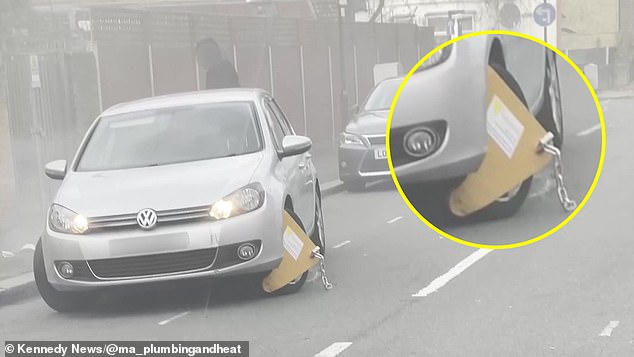 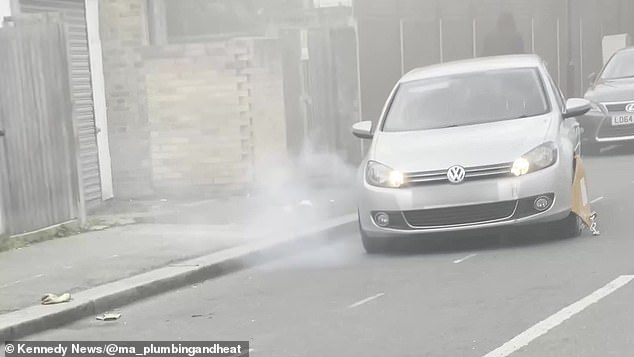 Although one chain on the clamp breaks, the device remains on the nearside wheel of the car

Mr Attia filmed the moment the untaxed vehicle repeatedly lurched forwards and backwards multiple times in a bid to free his car.

The vehicle moves around five feet as the triangle-shaped restraint spins 360 degrees before crashing into the wheel arch and scuppering any attempts to escape.

A friend appears to offer encouragement, but the minute-long video ends with the silver hatchback slumped back in the same position licencing agents secured it in.

Asif had initially tried to point out the clamp to the driver, but when his gesture was ignored it became clear what stunt was being attempted. 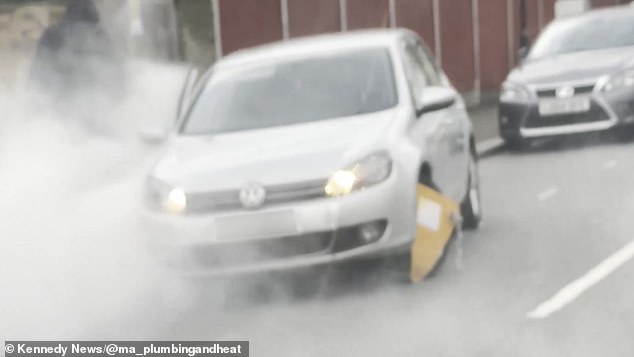 As the motorist drives back and forwards, white smoke begins billowing from the bonnet

Plumber Asif reversed twice out of the driver’s way worried he may plough into him.

The father of three has since joked he ‘enjoyed the show’, branding the driver an ‘idiot’.

Asif posted the footage on TikTok earlier this month where users branded it ‘painful to watch’.

The NSL, who clamp cars on behalf of the DVLA, confirmed the car was clamped because it was untaxed but it’s not clear how the mystery driver resolved the issue.

Asif said: ‘What an idiot. The damage he was causing to his car would have cost more than paying the actual people to take the clamp off and taxing the car.

‘I saw the car smoking in front of me and I could see the bright yellow clamp. At first I thought maybe he’d not clocked that he had the clamp on his wheel. 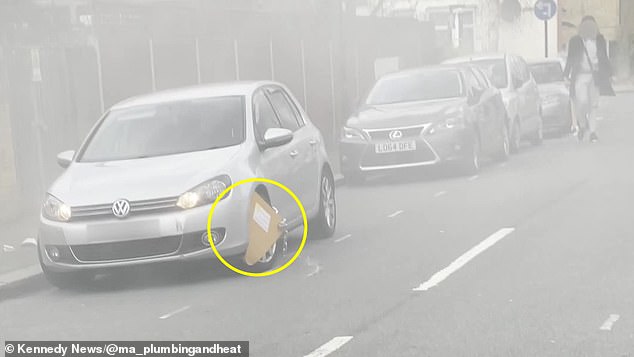 ‘I even pointed it out to him, but he ignored me and he just carried on driving forward and back, so I realised he knew he had a clamp and he’s trying to break it by driving off it.

‘You could smell the fumes from the rubber tyres burning and you could hear the wheels skidding, it was just so funny.

‘As it was the first time I’d seen something like this I thought I’d put my camera on.

‘There was only me around. I had an angle grinder in the boot so I could have offered it but I was enjoying the show. 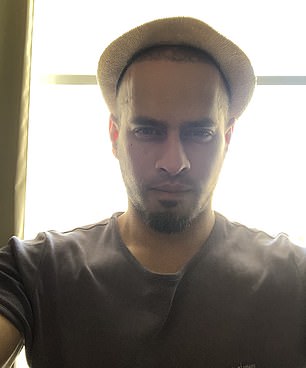 ‘His friend was waiting for him and they just kept trying. He was coming close to my van as well, trying to break it off, so I reversed out of the way.

‘He was just desperate not to pay. Whenever someone’s clamped they’re annoyed but you wouldn’t think to do this.

‘I would have loved to know the outcome. I wish I could have stayed until the end but I needed to get to work. I’m sure he’s caused some major damage to the drive shaft and the clutch.’

‘I can confirm that the enforcement action taken was part of this day-to-day activity.’

The dad of three captured the footage on November 24th but decided to share it on his work TikTok account this month.

It’s since been viewed more than 23,000 times, raking in more than 300 likes and comments with fellow TikTokers finding it as baffling as he did.