THE moment a packed Malibu balcony collapsed and sent partygoers plunging 15 foot onto rocks that left 10 hurt was caught on camera. 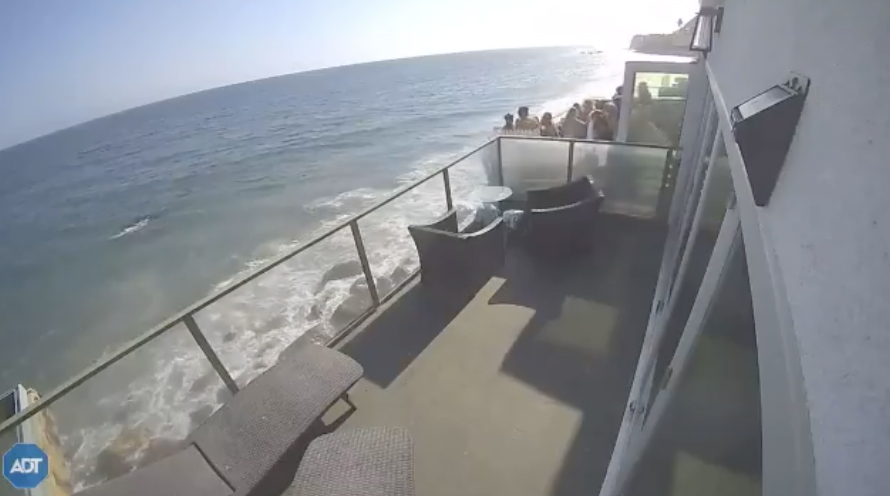 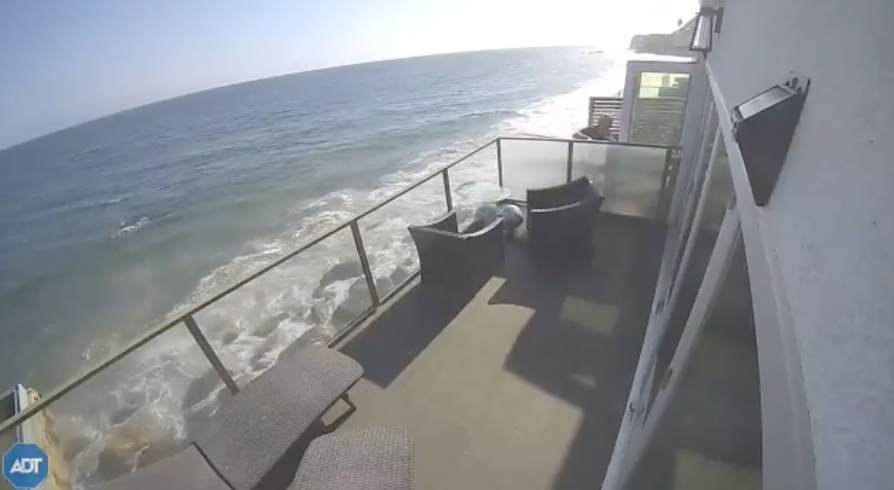 Five others who fell were evaluated at the scene and declined transport,LA County Fire Captain Ron Haralson said.

As many as 15 adults were on the balcony overlooking the Pacific when it collapsed and crashed up to 15 feet to rocks below, according to witnesses and the Los Angeles County Fire Department.

Security camera footage from the home next door obtained by CBS 2 shows a group of people looking out at the waves when the balcony gives way.

Haralson said the accident happened during a large gathering at the house on a coastal stretch about 20 miles west of downtown Los Angeles. 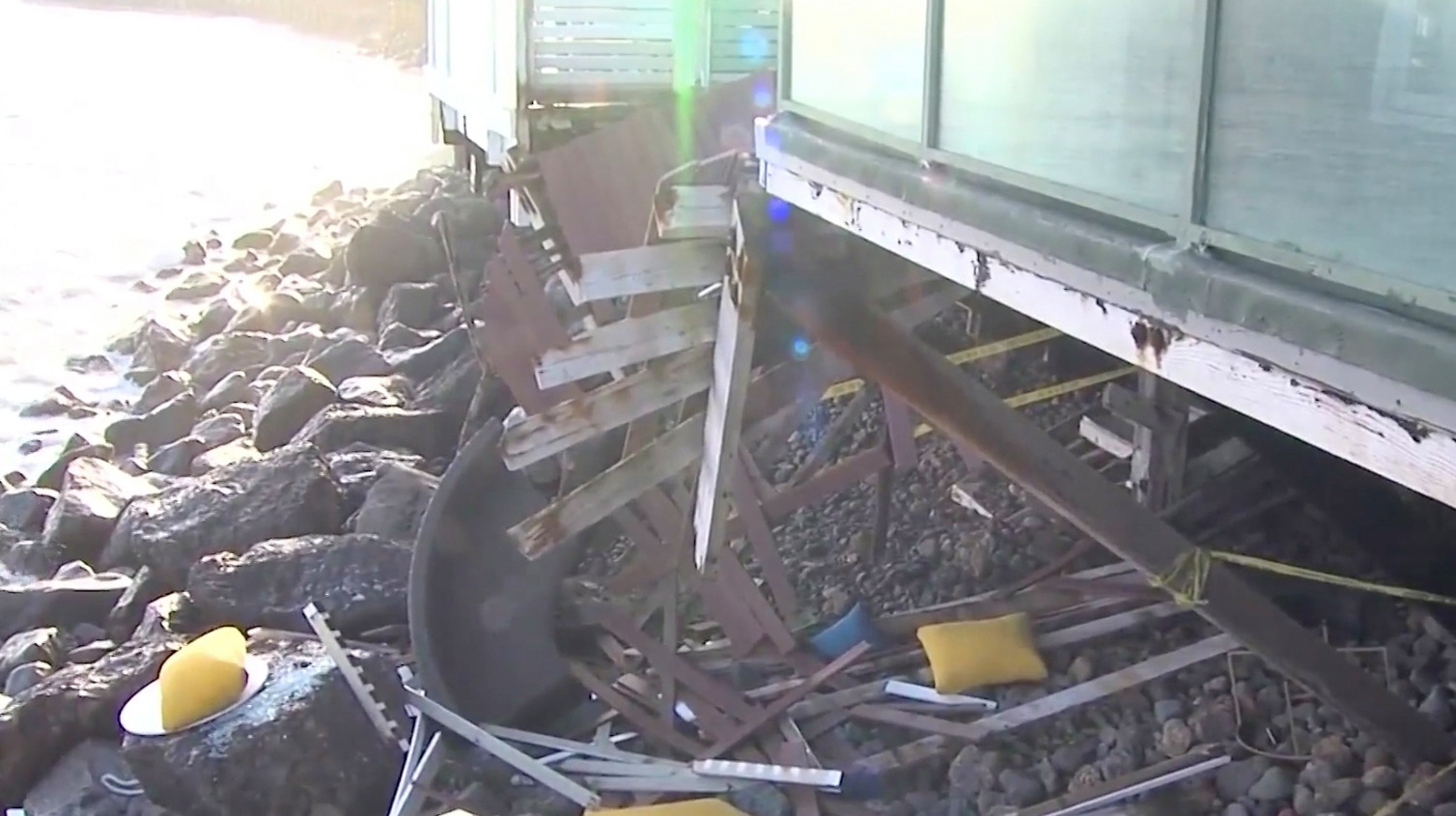 The incident is under investigation.

"(There were) probably like 10 people on the back deck and we heard a crack and I literally saw all of my best friends and my girlfriend fall 15 feet to the rocks," said one man who spoke to KABC.

"So, it is pretty cut and dry. The deck literally just gave out."

Haralson said that the group fell onto "jagged rocked, large rocks" and called the incident "a very dangerous situation."

"Fortunately no one was hurt seriously or killed in this situation," Haralson said.