Low-flying bridge ahead! Moment a passenger plane gets STUCK under an overpass as it is transported along a highway in Delhi

This is the moment a former Air India plane collided with a motorway bridge and became wedged underneath it.

Footage recorded by a motorist shows the passenger plane being carried by a lorry as it approaches an overpass on the Gurgaon-Delhi Expressway, in Delhi, on October 2.

The roof of the aircraft is seen colliding with the bridge over the motorway as it makes a large screeching sound.

Small fragments of the plane and overpass can be seen falling to the ground while shocked road users beep their horns. 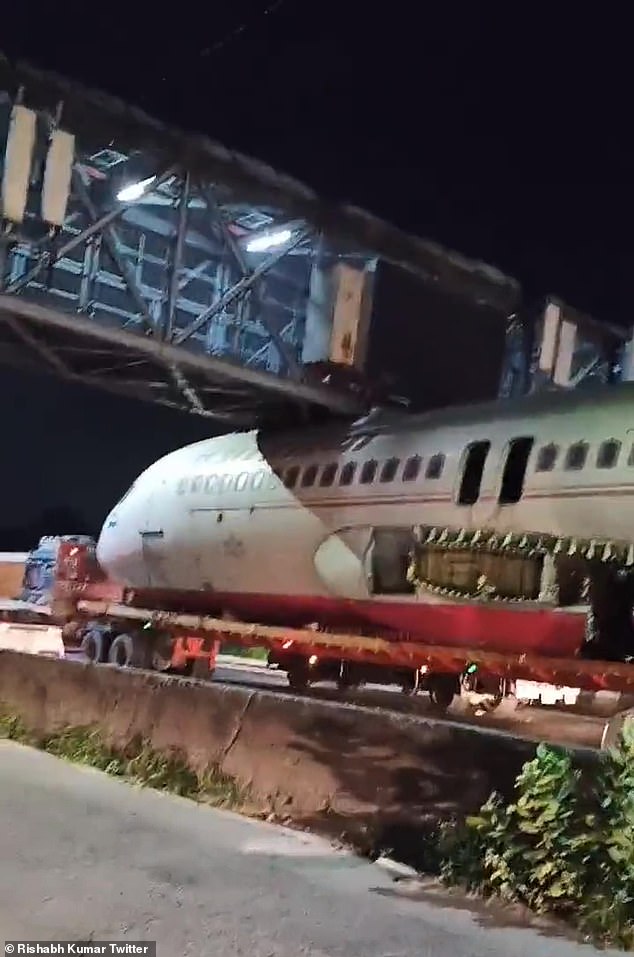 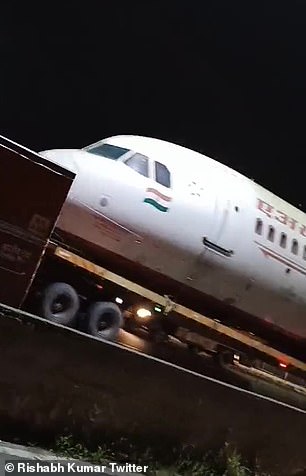 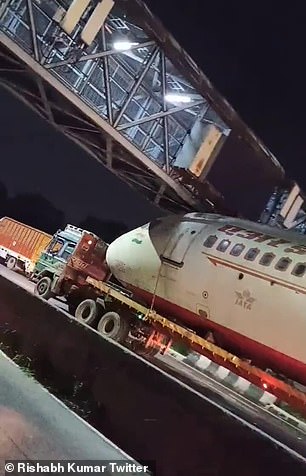 The aircraft had had its wings and tail removed before being fitted to the lorry.

The incident was filmed near the Indira Gandhi International Airport in the Indian capital of New Delhi.

Rishabh Kumar – who filmed the moment – said: ‘I was on my way back home and saw this aircraft loaded on a trailer.

‘So out of curiosity i recorded a video which is now turned into an unexpected moment.

‘I was shocked and really didn’t expect that this was going to happen.’

The clip quickly became viral on social media as citizens speculated as to how the accident could have occurred.

In a statement the following day, Air India said the plane had been decommissioned and sold.

The national carrier said: ‘This is a deregistered scrapped aircraft of Air India which has been sold off.

‘This was transported last night by the party.

‘Air India has got no connection whatsoever with the aircraft under any circumstances.’

A Dehli airport official told the Times of India: ‘The aircraft certainly does not belong to the Delhi airport’s fleet and in the video, it is being transported without any wings.

‘It appears to be a scrapped plane and the driver may have made a judgement of error while transporting it.’

Reports did not mention how the plane was freed.

Indian journalist Deepak Sharma said on Twitter: ‘The aircraft, seems an old one, was being transported on a large vehicle when it got stuck under the overbridge.

‘A negligence on part of officials and transporter.’

It is unclear if the local authorities are investigating the plane’s new owners over the incident.