This is the moment a petrol station employee kicks and beats a suspected shoplifter with a stick in London.

The incident was believed to be filmed at a Little Waitrose Shell garage in West London.

In the clip, two petrol station employees are seen arguing with an alleged thief about a bag which they claim he has stolen. 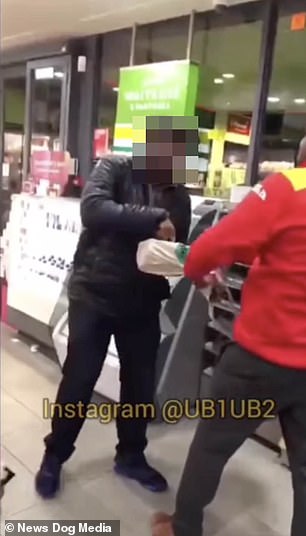 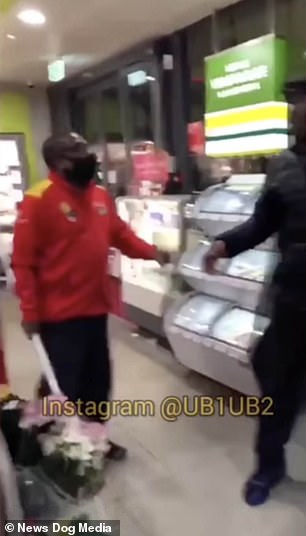 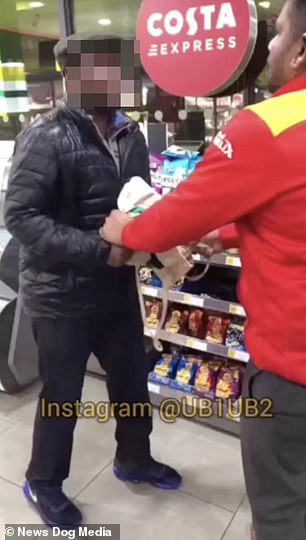 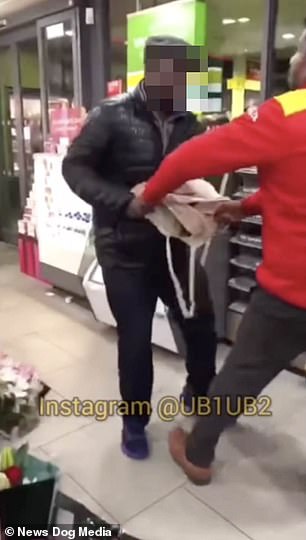 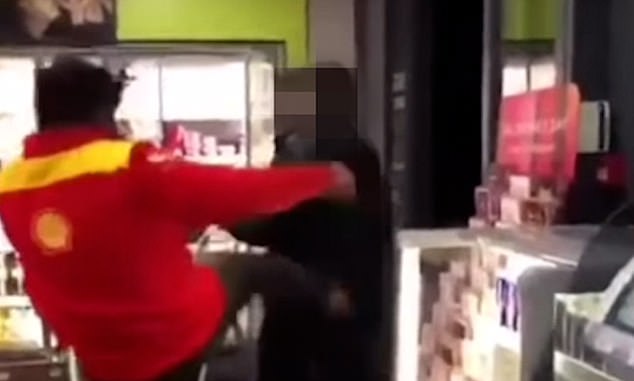 One of the garage staff waves a long stick as they quarrel with the man.

The two staff members then force the man out of the store with one of the employees kicking out as they approach the door.

The pair chase the man away from the garage. As they do so, the petrol station employee grabs the stick from his colleague and  lashes out at the man.

In the footage, one of the staff members warns the man against returning to the shop.

It is unknown when the incident took place but the video is believed to be recent – with the footage being uploaded last night by UB1UB2 on social media.

MailOnline has approached the Metropolitan Police and Shell for a comment. 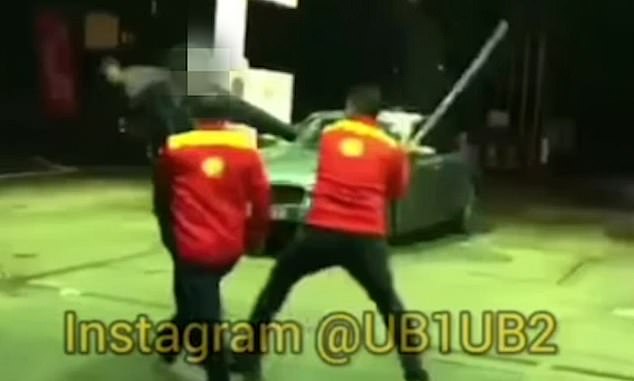