The NSW government is challenging Queensland as Australia’s premier state for rainforest eco-tourism with the creation of a four-day walk through Gondwana rainforest in Dorrigo National Park on the Northern Tablelands.

Three suspension bridges, new camping areas, rest huts and 46 kilometres of walking trails will be constructed to create the Dorrigo Escarpment Great Walk. The trail will take hikers into World Heritage-listed ancient Gondwana rainforest on the lands of the Gumbaynggirr people. 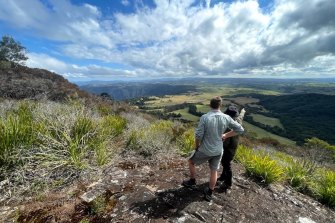 Hikers will have greater access to the Dorrigo National Park Gondwana Rainforest as the NSW government announces a new $56 million walk.

“The rainforest at Dorrigo National Park is even more spectacular than the Daintree,” said NSW Environment Minister James Griffin.

“We’ll be happily tempting domestic and international tourists away from Queensland.”

The government hopes to attract 200,000 visitors to the Mid North Coast with the project, which will be funded with $56.4 million contained in the state budget. The project will include the construction of a new rainforest discovery centre and a hanging boardwalk where the walk will begin.

“I want everyone who comes to our NSW national parks as a visitor to leave as a conservationist,” said Griffith.

“Along with Snowies Alpine Walk, the Wollemi Great Walk, and the Great Southern Walk, our signature multi-day walks are providing new experiences in NSW while expanding access to our national parks.” 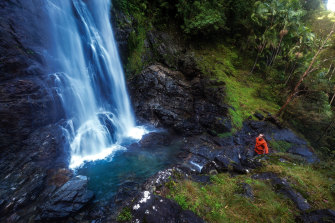 Australia’s Gondwana rainforests, so named because their ecology echoes the prehistoric rainforest of the Gondwana supercontinent, are collectively the largest area of subtropical rainforest in the world.

Despite shrinking to 0.3 per cent of Australia’s landmass, the rainforests host half of Australia’s plant species, fuelled by rich soil created by ancient volcanoes, and a third of its birds and mammals.

Treasurer Matt Kean said eco-tourism and management of national parks is worth $18 billion in the state each year and hosts 74,000 jobs.

“This project will drive increased nature-based tourism in NSW, further bolstering the contribution that national parks make to the state economy.”

Dorrigo National Park hosts unique wildlife such as the wompoo fruit-dove, a purple-breasted bird that’s critical to dispersing the seeds of rainforest trees. The dove is one of many species struggling to recover after fire razed 50 per cent of Gondwana rainforest during the Black Summer bushfires.

Tourism Minister Stuart Ayres said they hoped to lure international tourists to NSW with the project.

“The Dorrigo project will be one of the first of its kind to combine two new, world-class nature-based attractions – the Arc Rainforest Centre and the multi-day walk – providing access for all abilities to the Gondwana rainforest.”

The tropical Daintree Rainforest, one of Queensland eco-tourism’s crowning jewels alongside the Great Barrier Reef, attracted about 400,000 tourists a year pre-COVID.

A guide to the environment, what’s happening to it, what’s being done about it and what it means for the future. Sign up to our fortnightly Environment newsletter here.