This is the incredible moment three dolphins effortlessly leap out of the water as they race alongside a ferry in the North Sea.

Wildlife photographer Mark Deans, 34, from Aberdeen, Scotland, had been sitting in the Greyhope Bay area when he captured the mother and her calves leap in front a North Link ferry on May 17.

The father-of-two, who is a former army artillery 19th regiment Highland Gunner, said the dolphins were ‘proper characters’ and that scenes such as these were a ‘nightly occurrence’.

Mr Deans said: ‘It’s a nightly occurrence in the harbour with any boat. The dolphins are proper characters when they are jumping around the Greyhope Bay waters. 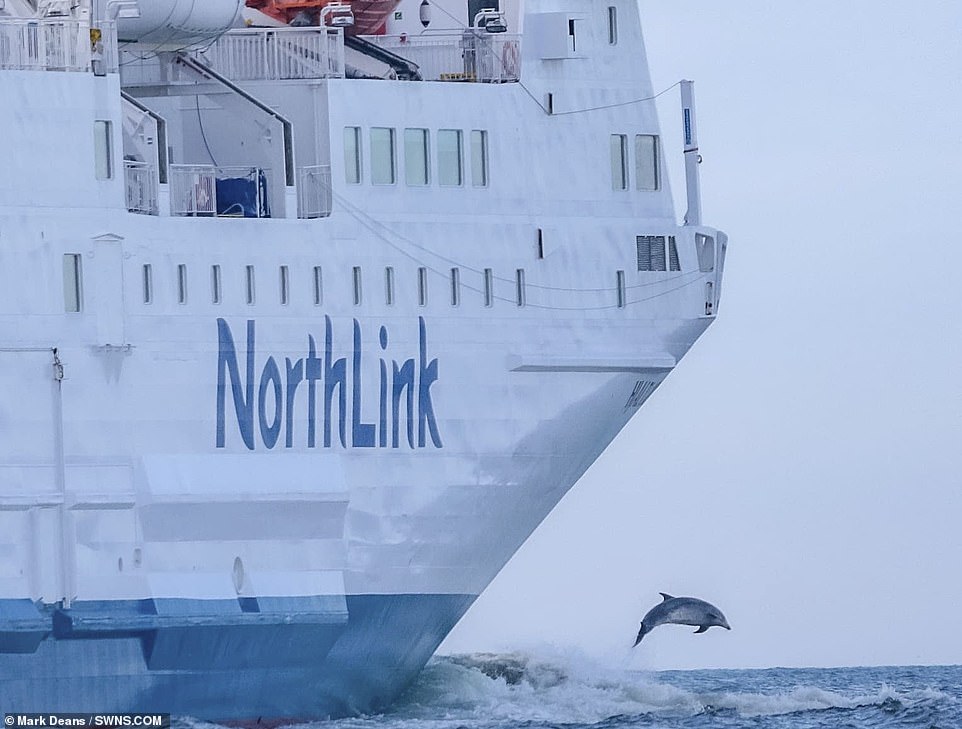 Wildlife photographer Mark Deans, 34, from Aberdeen, Scotland, had been sitting in the Greyhope Bay area when he saw the dolphins leap in front a North Link ferry on May 17

‘On this occasion, it’s a North Link ferry, and it leaves most days to Shetland and Kirkwall areas of Scotland.

‘I think there were three dolphins in front of the ferry, and I think they were bottlenose. It was definitely a mother and calf jumping that day.

‘I love sitting in the Greyhope Bay area watching them jumping and any other animals in the bay.

‘I’ve only been doing photography since November 2020 due to Covid and to help with my mental health, so when I capture moments like this it’s great. 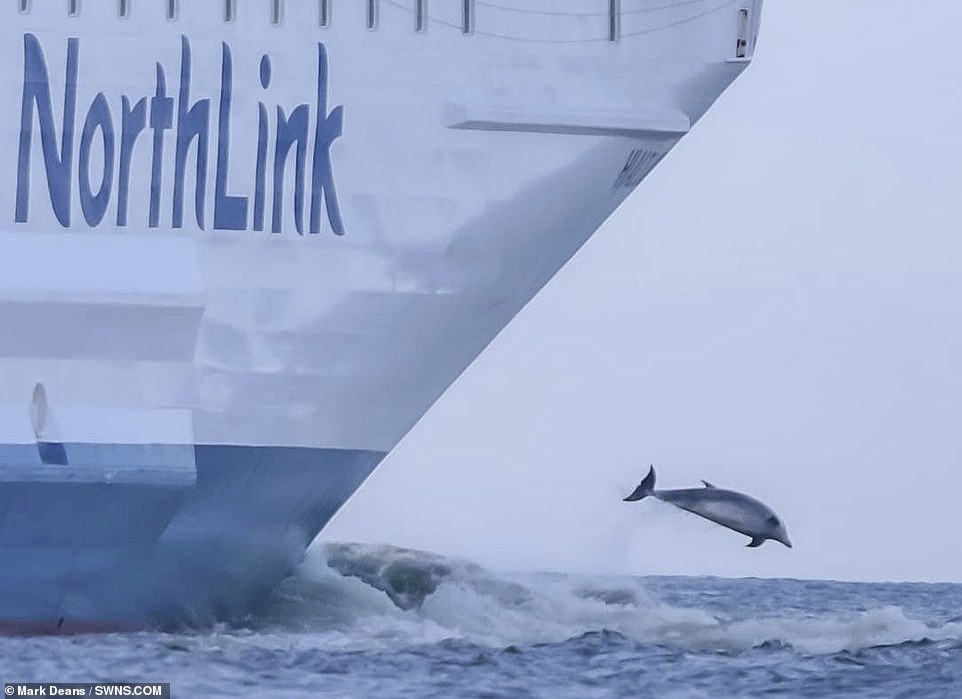 The father-of-two, who is a former army artillery 19th regiment Highland Gunner, captured the creatures leap into the air as they raced the ferry 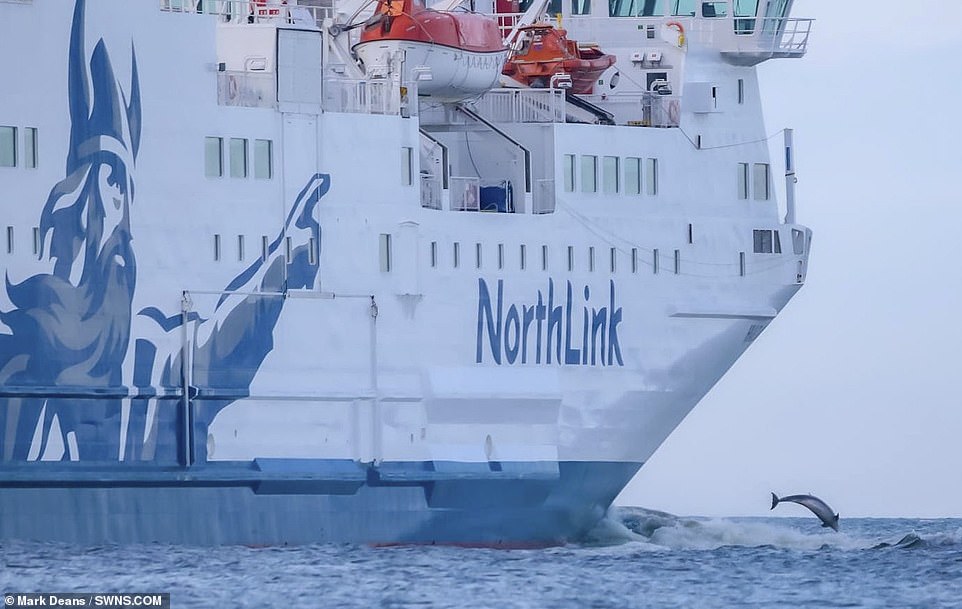 Mr Deans, who first took up photography in November 2020 amid the coronavirus pandemic, said that scenes such as these were a ‘nightly occurrence’

‘I love my work but the dolphins do all the hard work. I just take the pictures, while they race a giant ferry.

‘I’ve still got so much to learn about photography and taking wildlife shots, but I love these ones.’

The stunning images come nearly a year after a pod of dolphins were pictured leaping out of the waters in front of a tourist boat in Berwick, along the Northumberland coast.

Photographer Sheila Ivison was able to capture the dolphins propelling themselves high above the water before watching them plunge back into the sea.