A mum was left ‘shell-shocked’ after cracking double yolk eggs eight days in a row at odds of less than one in a QUADRILLION.

Claudine Wilson, from Manchester, was saw the yolks as a sign that her luck was in and bought a lottery ticket expecting to win millions but was left disappointed by her measly earnings of £9.

Her daughter Meg Wilson, 22, was first called into the kitchen by her 49-year-old mum after she cracked a double yolker while making an omelette last month.

Over the next week, the family watched as seven more eggs from the same box of 12 were revealed to have two yolks. 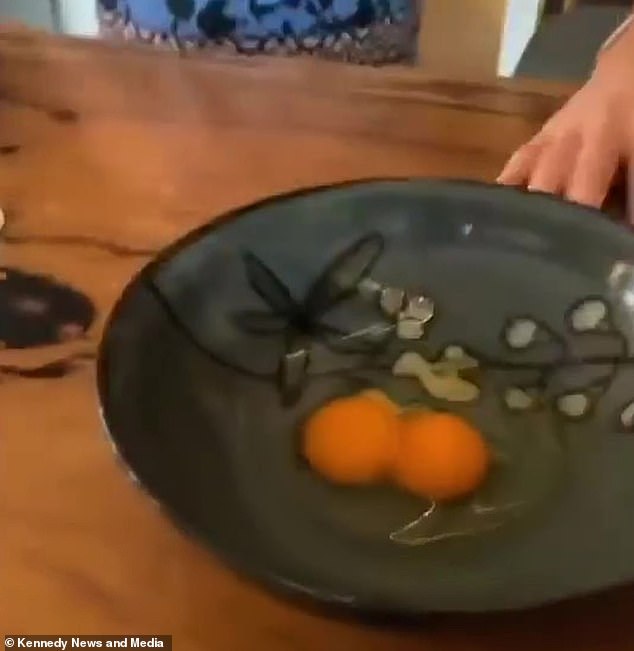 ‘I went to go and get a lottery ticket as I’ve been told double yolk eggs are good luck. I was hoping my luck would continue so that I would win big after such a lucky week.’ 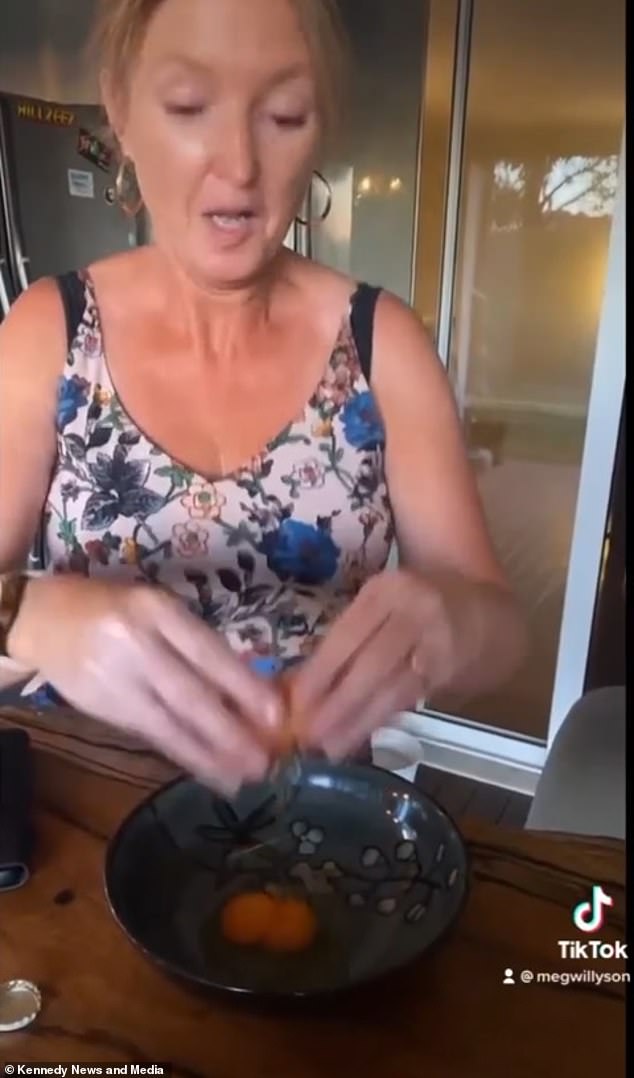 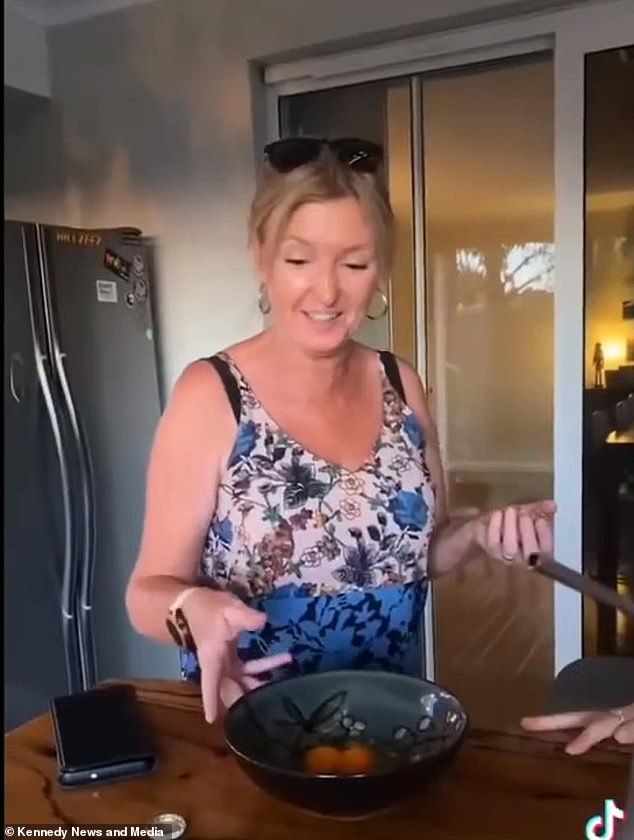 The video has now racked up over 40,000 likes on the popular social media platform

A video posted on TikTok showing the reactions of Meg and sisters, Hannah, 27, and Mollie, 16, as each egg was cracked has gone viral, racking up 40,000 likes.

The video shows Claudine cracking eggs and jumping up and down in excitement exclaiming that they must have broken a ‘world record’ while her daughters laugh in the background.

A gobsmacked Claudine, who works as a cleaner, then sent photos to husband, Chris, 47.

Meg said: ‘I posted it on TikTok and people were talking about old wives tales and saying it was good luck or it means someone is having twins.

Meg caught her mum’s hilarious reactions at each new revelation on camera – as she becomes increasingly excited and eventually so shocked she is left open-mouthed in disbelief, claiming it is a ‘world record’.

The chances of cracking a single double yolker are thought to be one in a 1,000, however it’s thought a second double yolker could be slightly more likely if the following eggs come from the same bird, at around 1 in a 100.

Meg, who works in mining, said: ‘When she saw the first one, she was really excited and shouted us all down.

‘She cracked one a day every day for seven days to make an omelette and all bar four were doubles. 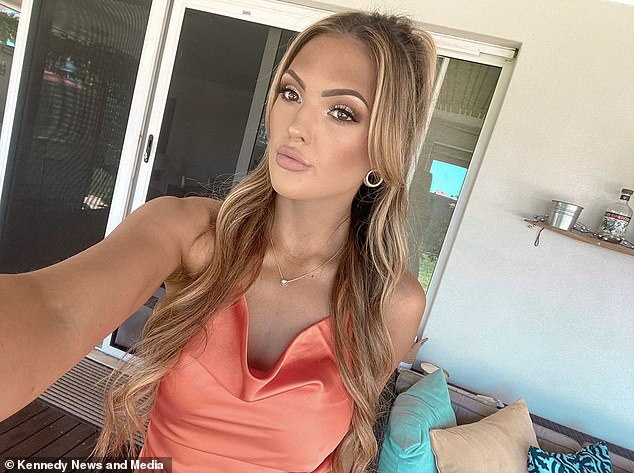 Claudine’s daughter Meg Wilson, 20, was the first person that the one-in-a-quadrillion feat

‘Every day we’d rush down to watch her crack them. She couldn’t believe it.

‘She was getting everyone around to watch every day while she was making her omelette.

‘She was taking photos every time and sending them to my dad while he was at work.

‘He didn’t care, he just wanted her to stop sending him photos of eggs.

‘Mum went out to get a lottery ticket but she didn’t win much sadly. She was expecting millions.’

In May 2020, a family from Wakefield, Yorkshire, claimed to have the ‘world’s luckiest hen’ after their bird laid six double yolk eggs in a row followed by a ’25 million to one’ triple-yolked egg.