A mother whose ‘neglected’ children died in a house fire after she and her partner fell asleep smoking in bed had allegedly screamed at them ‘I wish you were dead’.

Riley Holt, eight, and siblings Keegan, Tilly and Olly Unitt, aged six, four and three, all died when a blaze broke out at their family home in Stafford, Staffordshire, in February last year.

Natalie Unitt, 26, and her boyfriend Chris Moulton were initially arrested on suspicion of gross negligence manslaughter after the tragedy, but prosecutors later announced no further action would be taken against the parents.

A former neighbour of the family, who does not wish to be named, told The Sun that she had heard the children’s mother shouting ‘I wish you were dead’ and ‘I wish i’d never had you’ at the children.

Social services were said to have ‘fallen short’ in protecting the children, whose youngest brother, aged just two at the time, survived the tragedy.

The neighbour told the publication: ‘She would shout all sorts of things at them. Sometimes someone would have to go round to check on them as the screaming was so bad. They were lovely children, they always seemed happy.’ 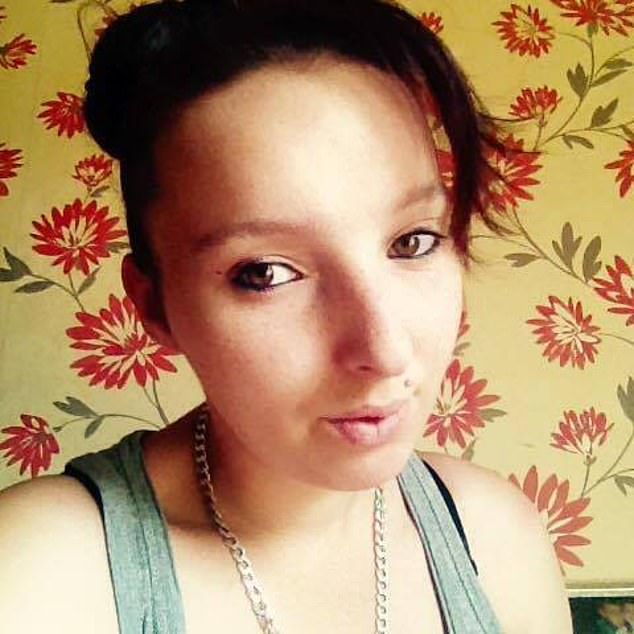 A former neighbour of the family, who does not wish to be named, said she heard the children’s mother, Natalie Unitt (pictured), shouting ‘I wish you were dead’ at the children

A report found the children were so badly neglected they only ‘communicated by grunting’ and had sustained more than 50 accidental injuries over a period of 17-months before the fire.

A serious case review into the way agencies worked with the family said that while the children lived in ‘utter chaos’, professionals just believed ‘the mother’s word’ and didn’t question the evidence in front of them.

Now Stoke-on-Trent and Staffordshire Safeguarding Children Board has concluded the actions of social care services ‘fell short’ and the children suffered ‘significant harm as a result of neglect’. 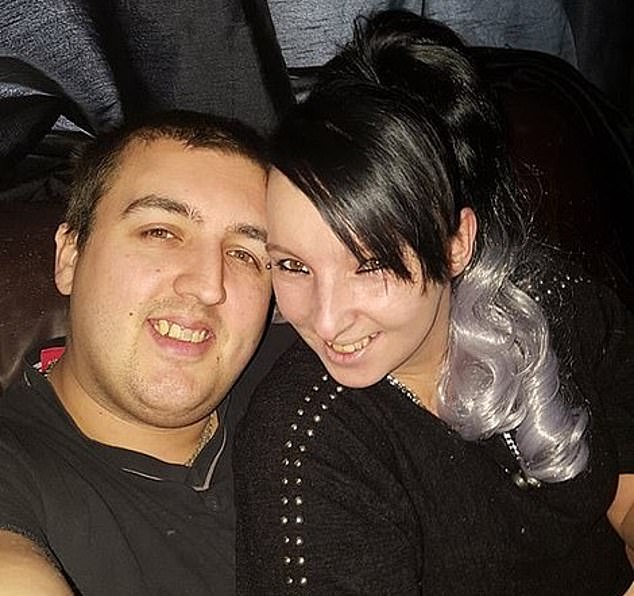 As investigations took place, it emerged that parents Natalie Unitt and Christopher Moulton had been smoking in bed that night. A discarded cigarette is thought to have sparked the devastating fire.

Report author Joanna Nicolas said the tragedy highlighted the need to treat neglect as having just as damaging an impact on a child as physical or sexual abuse. And she found similarities with several other serious case reviews in Staffordshire, where ‘long-term neglect has not been well-managed’.

The Unitt family had first come to the attention of Staffordshire County Council in 2017. A child protection plan was later put in place, although little progress was made.

The report said: ‘One of the greatest concerns about the children was their lack of speech. Professionals described the home as silent, despite there being five children in it.’ 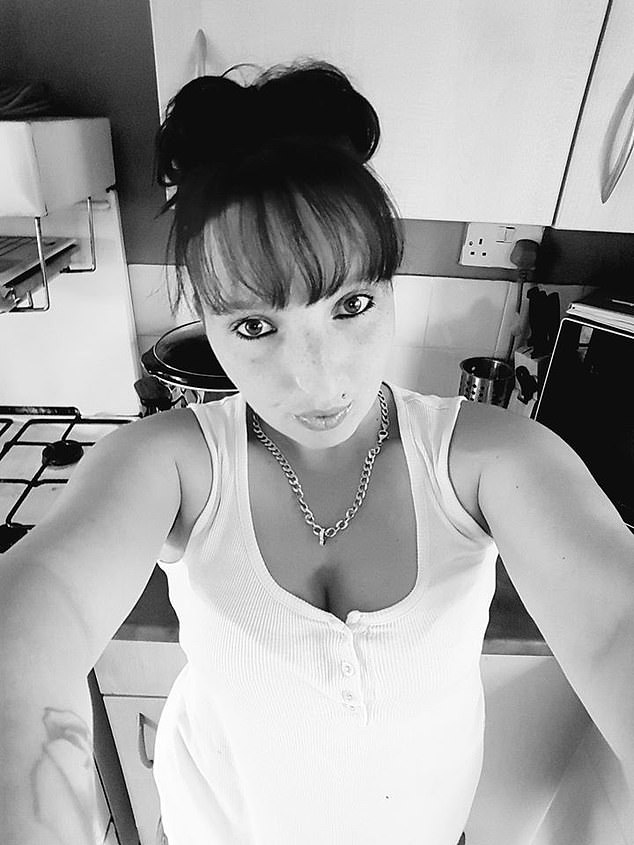 Mother Natalie Unitt, whose children were considered to be on the ‘lower end’ of neglect cases by professionals

During an appointment with a paediatrician, one of the youngsters simply ‘grunted and pointed at things’. Another had a ‘frozen expression’ in front of a social worker, showing no response.

The children, who also had signs of development delay, were referred for speech and language therapy.

‘There is considerable evidence that the children were not given sufficient stimulation, supervision or guidance,’ added Ms Nicolas.

One of them was simply put by the TV in their pushchair.

Nursery staff had also become concerned after finding another child appeared not to have had their nappy changed since the previous night.

More than 50 injuries, marks or bruises were seen on the children over a 17-month period.

Their parents claimed one of the bruises was just play-dough and two other marks were down to bumping into a sofa. 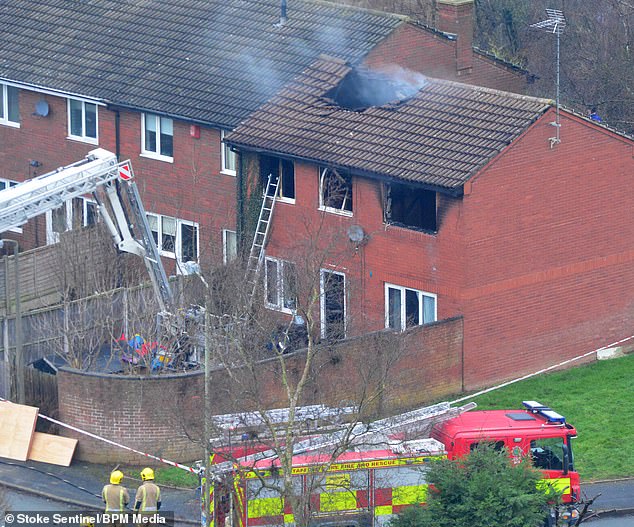 Fire crews at the scene of the fatal house fire dealing with the smouldering house in Highfields, Stafford, February 5, 2019, which has since been demolished 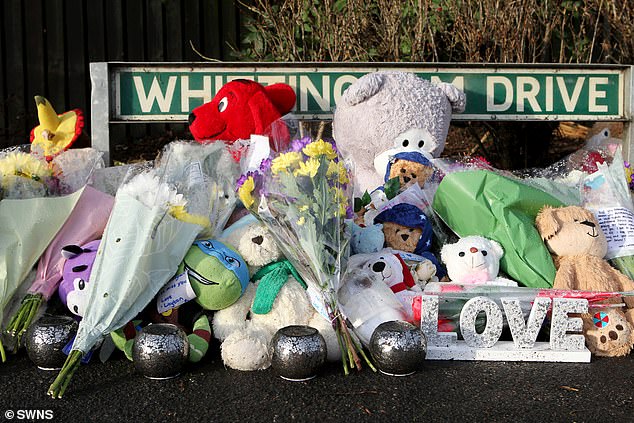 The report praises the efforts of health professionals, who ‘chivvied and chased’ to try to get the family to attend appointments.

But Ms Nicolas said: ‘The mother was controlling the relationships that the entire family had with agencies.’

Professionals also failed to appreciate that Mr Moulton was the primary carer and instead focused on the mother’s needs.

Yet as neither parent displayed ‘high-risk indicators’, such as mental health or substance abuse problems, the children were considered at the ‘lower end ‘ of neglect cases. Plans for a parenting assessment were ‘never actioned’.

Helen Riley, the council’s director for families and communities, is also the acting chairman of the safeguarding board.

She said: ‘While the tragic nature of these deaths could not have been predicted, there are certainly areas of practice around the family that can be improved.’ 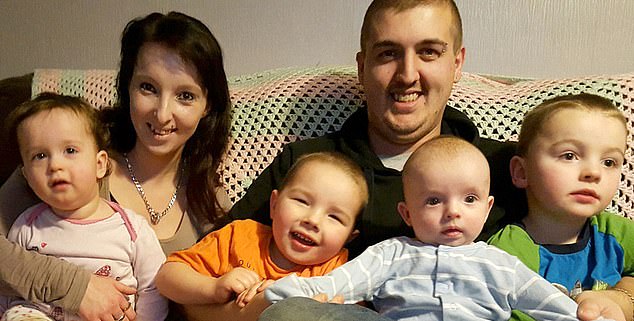 Parents Natalie Unitt and Chris Moulton sit behind their children (from left) – Tilly, Keegan, Olly and Riley, who all died. The picture was taken in 2016 – before they had another child, who survived the blaze along with his mother and father

Ms Unitt told an inquest last month that she was suffering from post-traumatic stress disorder and could not remember what she did after the fire broke out.

Mr Moulton, the father of three of the children, also gave evidence at the inquest, saying he believed the fire had started on a landing.

The inquest today found the children died from ‘fumes from fire caused by [an] unextinguished cigarette’ on bedding in the parents bedroom.

The hearing in Stafford was told that the parents had previously been warned about smoking indoors by social workers.

Both parents denied the blaze started in the bedroom at the house.

Fire investigator Leigh Richards concluded that the blaze ‘was caused by carelessness with cigarettes’ in the bedroom.

Coroner Andrew Haigh said: ‘Ms Unitt had been advised not to smoke in the property but there is substantial evidence of them continuing to do so.

‘It’s understandable they tried to play down the significance of this bearing in mind what has happened.

‘Mr Moulton suggested that the fire may have been caused where the boiler is on the landing on the property. I do not accept that. I have heard the expert evidence and Mr Richards has clearly indicated why the boiler is not the cause of this fire.

‘He has properly explained his reasons for his decision as to the cause of the fire. That was that the fire started as a result of a cigarette on the bedding in the main bedroom. 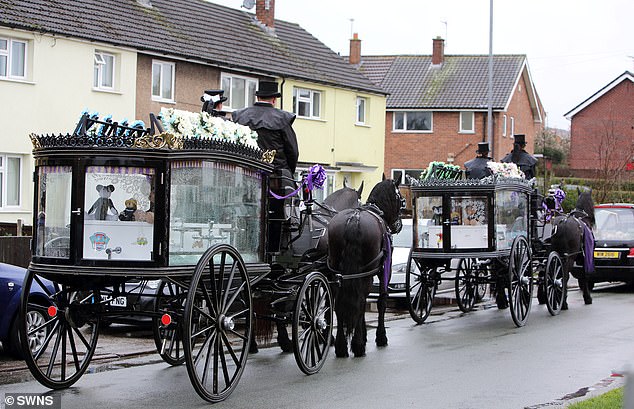 ‘Of significant note … within the recess of the left-hand (window) casement when looking from inside the lounge, there was a single discarded cigarette butt.

‘That had not been stubbed out in my opinion and had been left to burn on its own. There was evidence within the lounge of a number of cigarettes that littered the carpet against the skirting boards.’

The fire ripped through the family’s terraced property just after 2.40am on February 2 last year.

Mr Moulton leapt from the first-floor window with their youngest child, then two. Ms Unitt escaped via the front door, the coroner said.

Both parents, who are still together, said they could not remember the aftermath of the blaze. But Mr Moulton, who suffered substantial burns and needed a skin graft, believed the fire started on the landing near a boiler.

Lee Richards, a fire officer with West Midlands Fire and Rescue Service, said there was no evidence that an electrical fault or gas supply fault triggered the blaze.

Mr Richards said the accounts of the parents ‘was inconsistent with each others’ and that on his ‘interpretation of the scene the fire started in their bedroom’.

He said: ‘The fire in my opinion developed within the bedroom. As the fire developed, the room went into full flashover, where everything within the room becomes involved in fire.

‘Having the windows open aided ventilation to the fire and allowed the fire to grow greatly and spread outside the compartment.’

Mr Richards said his investigations found a ‘significant number of carelessly discarded cigarettes’ inside and outside the house. 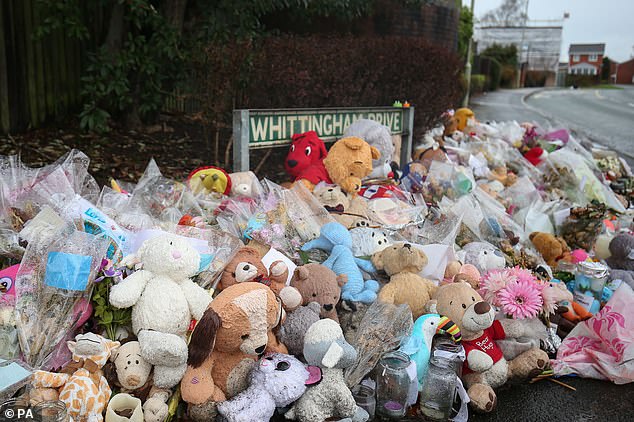 Teddy bears are pictured close to the scene of the house fire where the four children died in Stafford, on the day of their funeral

He said there was ‘in excess of 100 cigarettes’ found outside a door to the garden and ‘discarded butts below the lounge window, bedroom window and within the undergrowth of the garden.’

Mr Richards added: ‘The actions of Chris and Natalie remain a subject of conjecture.’

All four children died from smoke and fume inhalation in the fire.

Detective Inspector Alan Lyford, of Staffordshire Police, who led the investigation, told the inquest the parents had previously been given advice ‘about not smoking within the home address by social workers’.

He said he believed Mr Moulton, who was father of three of the children, moved a burning duvet from the bedroom to the landing in a bid to extinguish it.

He said: ‘Having worked with Mr Richards, I concur with him in that we believe the fire started within the bedroom. The hypothesis is that a duvet was moved outside the room which then further set alight, causing Christopher not to be able to leave by the stairs and get access to his children.

‘It stopped Natalie getting back upstairs and that’s why she had to leave via downstairs.’

Ms Unitt said she recalled smoking in bed and had fallen asleep before becoming aware of the fire.

Asked how she became aware of the blaze, she said: ‘I had heaviness on my chest.

‘It was on the landing. I still have nightmares about it now.’

She said she couldn’t remember the aftermath of the blaze because of post-traumatic stress disorder.

Mr Moulton said he had gone to sleep after smoking in bed but was woken by the blaze.

Asked by the coroner where the fire was, he said: ‘It was on the landing.’

He said he could not rescue his children because the ‘fire was too intense’.

The Crown Prosecution Service said there was insufficient evidence to bring charges against the couple, the inquest heard.

Det Insp Lyford told the court: ‘In December of last year, we submitted an advice file to them.

‘This was considered by CPS and they considered several offences and ultimately deemed there was insufficient evidence to prosecute Natalie or Christopher in relation to this matter.’