A mother-of-three who owned a Cotswolds mansion once voted England’s favourite house shot herself after a horseriding accident had a ‘terrible effect’ on her life, an inquest heard.

Serena Prest, 56, was found dead in the garden of Eyeford House, Upper Slaughter, Gloucestershire, on the morning of June 6 last year by her husband Rupert. 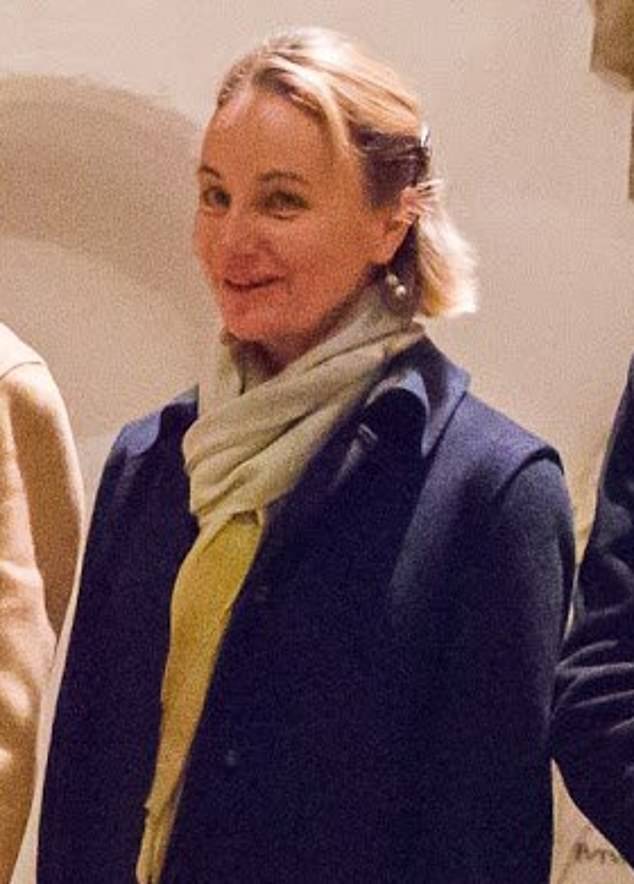 Serena Prest (pictured), 56, was found dead in the garden of Eyeford House, Upper Slaughter, Gloucestershire, on the morning of June 6 last year by her husband Rupert 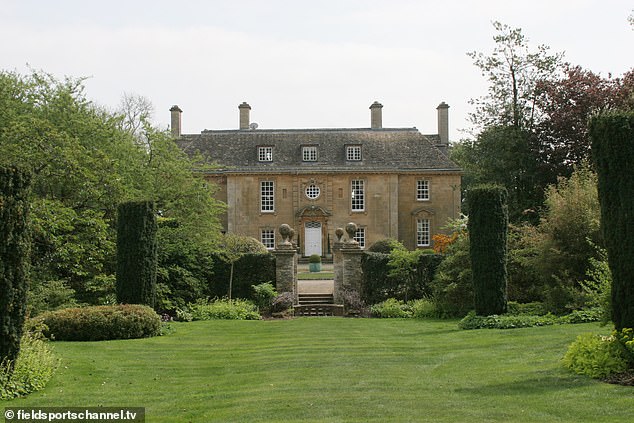 They chose the early twentieth century Cotswolds home out of a 150-strong field because they felt it was ‘the quintessential country house for many generations.’

Mrs Prest, whose full name was Joanna Alice Serena, inherited the house from her mother Charlotte Heber-Percy, who had in turn inherited it from her father Sir Cyril Kleinwort.

In a statement to the inquest Rupert Prest, who did not attend the hearing, said they had married in 1993 and Serena had suffered from mental health issues and was on antidepressants for many years.

‘In November 2021 she fell off her horse and knocked herself out for 5-10 minutes,’ he stated.

‘That accident had a terrible effect on her and her antidepressants seemed to stop working.

The formal gardens were designed in Arts-and-Crafts style, then reworked by Graham Stuart Thomas for Sir Cyril Kleinwort in 1976 and, later, for Mrs Heber-Percy.

The house, set in parkland with a small woodland area, was commissioned in 1911 and the architect Guy Dawber followed a late 17th-century style. It his said to have a ‘Quality Street Georgian design.’

When the house won the 2011 ‘England’s Favourite’ award, Mrs Prest said she was ‘absolutely thrilled.’

‘When I heard the news, I jumped up and down (on my bed) with joy,’ she said, adding that she had always adored the house, even before it became hers.

‘I loved to come and stay here with my grandmother. I am very grateful to my grandparents and my mother, because I have been handed down a golden spoon,’ she said.

She and her husband moved into the house in 2010 and, she said, they had tried ‘to modernise it and make it more child friendly’ without giving it a modern hotel feel inside.

‘Eyford is not a Chatsworth or a Blenheim – it only has six bedrooms – but it’s really alive. Each day, I pinch myself at how lucky I am to live in such a beautiful, peaceful, yet practical house,’ she said.

‘She had been to see several doctors and specialists but was not feeling any better.

‘She had made threats to kill herself, including saying she would drive into a tree.’

Mr Prest said he thought it would be best to hide the keys to the family gun cabinet but it seemed that somehow his wife had found them.

He had checked the cabinet three weeks before her death and the guns were all present.

He hid both sets of keys and they were both still in their hiding places after her death on but one gun had been removed.

Mr Prest said that on the morning of June 6 his wife got up between 7am and 7.30am.

At about 8am he heard a loud gunshot, went downstairs and found an envelope addressed to him containing a note from Serena.

He said he went out, walked around the garden and after about five minutes he found her.

Detective Sgt Alexander Pockett of Gloucestershire Police said he went to Eyeford House that morning and was briefed at the scene by colleagues who told him Mr Prest had found his wife dead outside the house.

‘Mr Prest said she had previously made threats to take her own life and was on medication for depression,’ stated the officer.

‘She had suffered a horse riding accident in November and since then her antidepressant medication did not seem to be working.

‘He said she had left a suicide note, along with her mobile phone and paperwork on the kitchen table. A gun had been taken from the family gun cabinet.

‘It appeared she had shot herself with that shotgun. Death was pronounced at the scene by a paramedic.

‘In my opinion there is nothing suspicious surrounding Mrs Prest’s death and there was no third party involvement. It would appear Mrs Prest has taken her own life by shooting herself with the shotgun.’

The inquest heard that pathologist Dr Terry Jones had conducted a post-mortem examination on Mrs Prest and gave cause of death as a shotgun wound to the head.

No drugs or medication was detected in her body and there was no evidence of alcohol consumption.

The assistant coroner said ‘It seems to me that I have sufficient evidence to be able to conclude this very sad inquest. It is clear on the evidence that Mrs Prest died on 6th June 2022 at Eyeford House, her home address. I accept the cause of death as shotgun wound to the head.

‘I have read the note but I won’t refer to it any further. In my judgement it does indicate that the deceased wished to take her own life.’

For confidential support, call the Samaritans on 116123 or visit a local Samaritans branch, see www.samaritans.org for details.