A van driver who ran over and killed an e-scooter rider during a heated row with his ex’s new lover has been jailed for four years.

At sentencing at Preston Crown Court on Monday, Bretherton, of Leyland, wept in the dock as he was additionally banned from driving for two years, after he was cleared of murder but found guilty of manslaughter.

The court heard how Mr Smith was riding on his e-scooter on Station Road alongside his friend John Devane, who was riding on a bicycle.

As they travelled towards Bretherton at around 1pm, at a traffic light near a Morrison’s supermarket, the court heard how Mr Devane – who was the new partner of Bretheron’s ex girlfriend – ‘booted’ off the van’s wing mirror with his foot.

There was then an altercation between the pair while Mr Smith remained on his e-scooter, which was leaning against the bonnet of the van.

Bretherton then sped off, dragging Mr Smith under the vehicle’s wheels and causing multiple serious injuries. 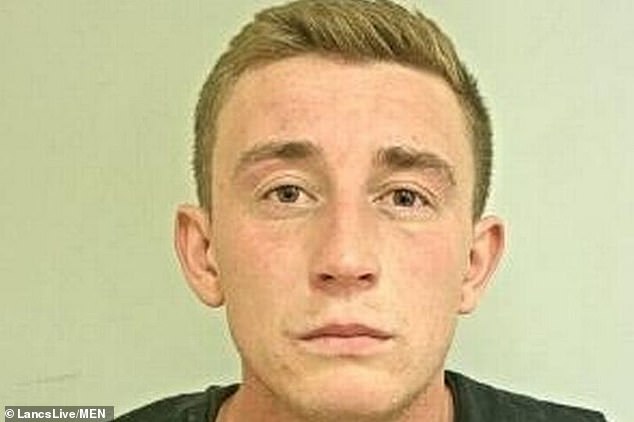 He died a short time later at Royal Preston Hospital.

Bretherton fled the scene and returned home, where he was later arrested, the court heard.

He had been arguing with his ex-partner by text shortly before the incident.

Bretherton was in tears in the dock when Judge Simon Medland QC told him he would be sentenced for manslaughter.

Speaking after the case, Detective Chief Insp Zoe Russo said: ‘My thoughts first and foremost are today with Ben Smith’s family and all those who loved him.’

Ben’s family also paid an emotional tribute to him and said: ‘Ben deserved to live a full and happy life amongst his daughter, family and friends.

‘He had a good heart and all the stories and lovely words that have been shared confirm this.

‘His reputation precedes him, the polite, caring, loving, young man with the most cheekiest chappy smile and infectious laugh that would do anything for anyone, his life has been cruelly taken away and we all will be heartbroken for as long as we live.

‘We just hope he knows how much we all love him and how many lives he’s touched in such a short amount of time.

‘He will be sorely missed forever and always.’

Mr Smith’s mother Paula said she was disappointed with the sentence handed to Bretherton, reported Lancashire Live – but judge Medland said the purpose of the court was not to dish out ‘revenge’ via a lengthy jail term. 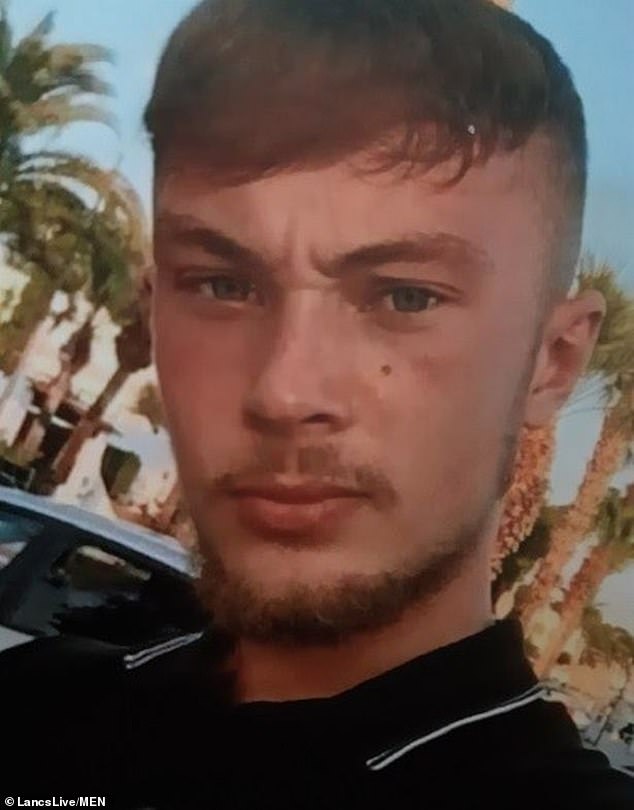 In a victim statement Paula said: ‘There is a massive emptiness or hole in my life, now Ben has left it.’

She added: ‘My world has changed forever. One of my children is gone forever.

‘For 20 years I had the privilege and honour of being Ben’s mum before he was so senselessly and carelessly taken away.’

Judge Medland QC, said: ‘Those who expect to see in a crown court sentencing by way of revenge should look elsewhere. This court is not here to inflict revenge.

‘No sentence any court can impose is the equivalent worth of a life lost to those family and friends.

‘Ben Smith’s life is of incalculable value – a young, loving, caring man who had a potentially bright future.

‘This calls for deep sympathy and condolences lie entirely with the family and friends of Mr Smith.’

The judge said that there was no way of knowing for sure if Bretherton knew that Mr Smith was leaning against the front of his van when he sped off from the argument with Mr Devane.

He said: ‘Ben put himself in front of your vehicle, which was stationary, and for whatever reason moved aside.

‘He may have been trying to get away from the dangerous spot he had put himself in. He may have tripped over his scooter

‘I am not sure you knew Ben was in front of your vehicle and you had a few seconds, in the context of an explosive episode, to move forward – and so, very tragically, Ben was killed.’

He added that Bretherton had been subjected to various threats in the run up to the day of the incident.

He said: ‘It was simply his (Mr Smith’s) tragic misfortune to be with Mr Devane on that day.’