Mountain guide is killed after climber slips on treacherous ascent of California’s Mount Shasta: Three people tethered together plummet up to 2,500 feet

A day of mountaineering on California’s Mount Shasta turned tragic when three climbers plummeted thousands of feet, killing a guide and injuring two others.

Jillian Elizabeth Webster, 32, of Redmond, Oregon, was assisting a couple to the summit of the dangerous mountain on Monday when one of the climbers slipped, pulling the other two down 1,500 to 2,500 feet of snow and ice, according to the Siskiyou County Sheriff’s department.

‘They were tethered together,’ sheriff’s spokeswoman Courtney Kreider told the San Francisco Gate. 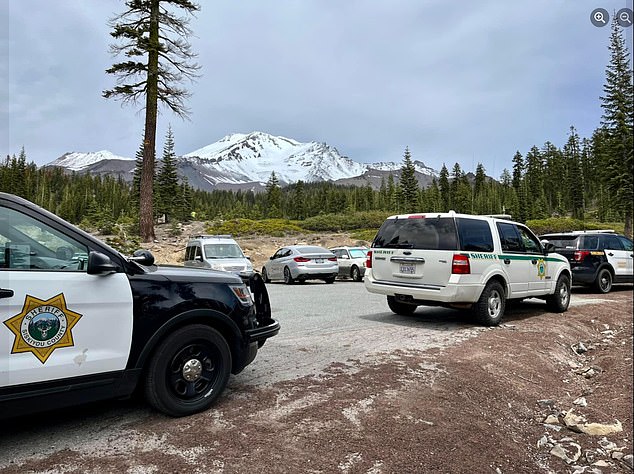 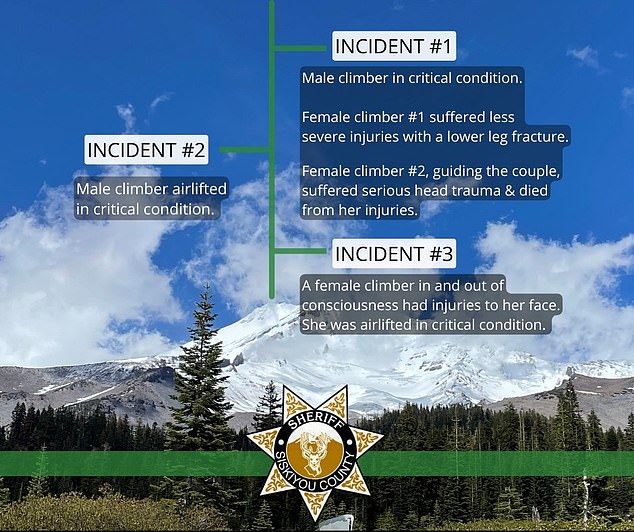 On Monday alone, five climbers fell thousands of feet down the icy incline of Mount Shasta

It was a hazardous day in general on the mountain. In less than 24-hours on Monday, six climbers had to be rescued from the 14,180-foot mountain.

Webster’s group was above Helen Lake when they fell at about 8:30 a.m. on Monday when the sunlight hit the newly fallen snow on an area called Avalanche Gulch.

‘What makes it dangerous right now is the change from really cold to really warm,’ Kreider told the Gate. ‘We had snow over the weekend, just a little bit of snow, and it created this thin layer of ice in Avalanche Gulch, and when it warms up, that thin layer of ice sloughs off so you have to have really good climbing gear — climbing boots that can really dig into ice.’ 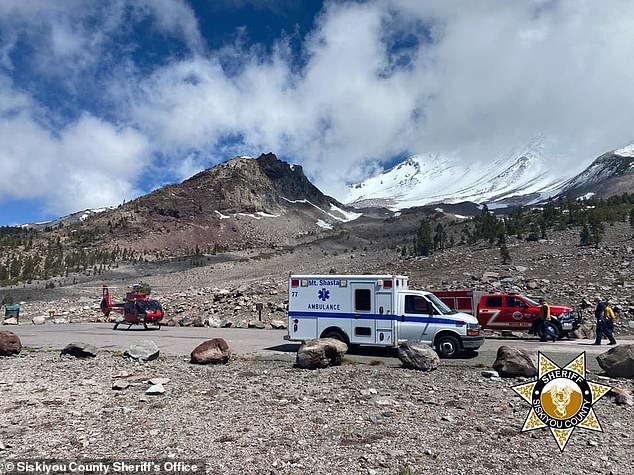 Jillian Elizabeth Webster, 32, a mountain guide, was unresponsive when she fell Monday at Mount Shasta. She was medevacked to an area hospital where she was declared dead 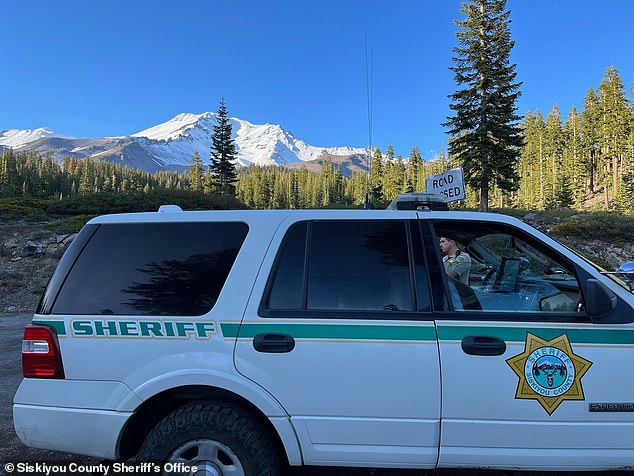 A nurse who was climbing the mountain tried to administer first aid to Webster, but she was unresponsive. Siskiyou County Sheriff’s Office helped the surviving climbers off the mountain

A nurse climbing in the area tried to administer first aid to Webster, but she was unresponsive.

She was airlifted via helicopter to Mercy Mount Shasta, but she could not be saved.

The male climber in Webster’s group suffered head injuries and a compound fracture to his leg, according to Krieder.

He has already been released from Mercy Medical Center Redding. The girlfriend remains under observation in the same hospital with a lower leg injury.

‘Even a total pro would have a tough time stopping or self-arresting with conditions like that.’ 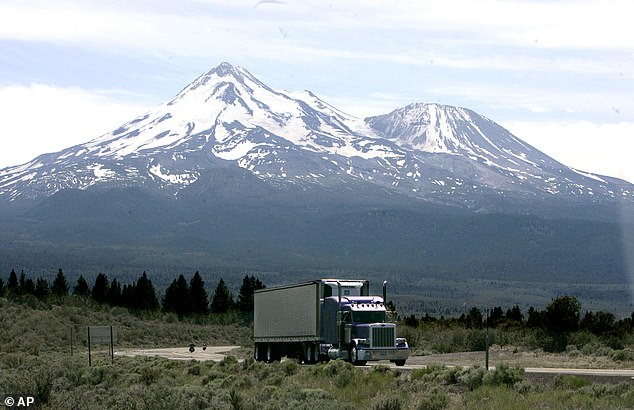 At 12:30 on the same day, a male climber also traversing Avalanche Gulch slipped and fell 1,000 feet down the icy incline. He was also medevacked off the mountain and is expected to recover.

The rest of his group continued up the mountain, but a 4 p.m. a woman climber in the same party lost her footing and dropped 1,000 vertical feet, Krieder told the Gate.

‘It took a couple hours to locate her,’ the spokeswoman told the paper. ‘They located her shortly after 6 p.m. and airlifted her to a hospital.’

The United States Forest Service cautioned climbers to consult with them before tackling the mountain under the shifting conditions.

But on Tuesday, a male climber from Long Beach, California had to be rescued from the mountain.

‘We work in an environment where things happen,’ climbing guide David Cressman told the Mailonline. ‘Climbing and weather can change in a matter of hours.’

The Forest Service coordinates about a dozen search and rescue operations every year and usually see about one fatality annually, according to Meyers.