Death knell for cap on rip-off funeral costs: Move to limit price of saying goodbye to your loved ones gets shelved… but rogue firms preying on families still face a crackdown

A move to cap rip-off funeral costs has been shelved due to the coronavirus pandemic.

The competition watchdog launched an investigation into the industry last year amid concerns rogue firms were exploiting grieving families.

But it said proposals to control fees had been hindered by Covid after an unprecedented increase in demand for funerals.

Government restrictions had limited services and this made it difficult to forecast future profitability of firms, the Competition and Markets Authority added.

It also struggled to get necessary data from funeral directors, crematoria and councils.

The CMA argued it was clear the £2billion-a-year sector was not working well and reforms were needed. 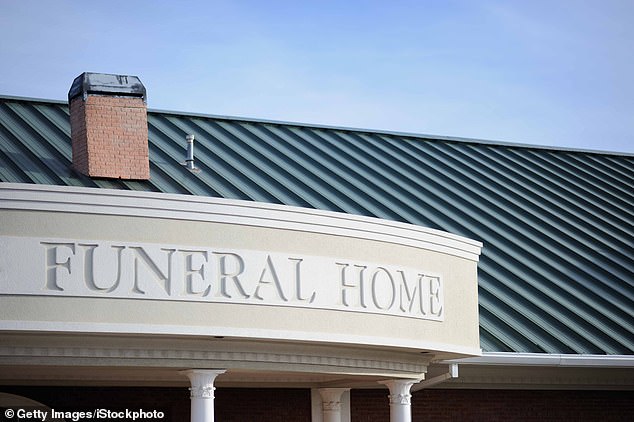 The CMA launched an investigation into the UK’s £2billion-a-year funeral industry last year amid concerns rogue firms were exploiting grieving families, but proposals to control fees have been shelved due to the coronavirus pandemic (stock image)

But it claimed some of the plans being considered, such as price controls, could not yet be safely introduced. In the meantime it is proposing a series of remedies to ‘shine a light’ on fees and the quality of service provided.

It has previously been revealed that families could save more than £1,000 by shopping around.

But the emotional distress of arranging a funeral means they are unlikely to do so. Under the new rules, funeral directors and crematoria will need to be more transparent and make it easier for customers to compare the cost of services.

At present many firms do not publish this information on their websites. Firms will also be required to provide the regulator with financial data every quarter.

The CMA has also said funeral directors should be properly regulated to clamp down on unacceptably low levels of care of the deceased. A similar inspection and registration regime already exists in Scotland.

Anyone can currently set up as a funeral director without proper qualifications or facilities.

Funeral costs have risen by twice the inflation rate for more than a decade, with the average family paying around £4,400.

The Daily Mail has previously reported how some cowboy firms were stacking corpses in fridges and embalming bodies on the floor.

Funeral directors have also been banned from entering into commercial deals with care homes and hospices that incentivise those institutions to refer customers.

Martin Coleman, of the CMA, said: ‘Given the inherently distressing circumstances in which people arrange a funeral, we want to make sure they can be confident they are not being overcharged and that their loved one is cared for properly.

‘The later stages of the investigation have been conducted in the midst of the coronavirus pandemic, which has caused a tragic increase in death rates and has materially changed how funerals are carried out. This has had a big impact on how far we can immediately address some of the issues. But there are remedies that are feasible and effective in the short term. 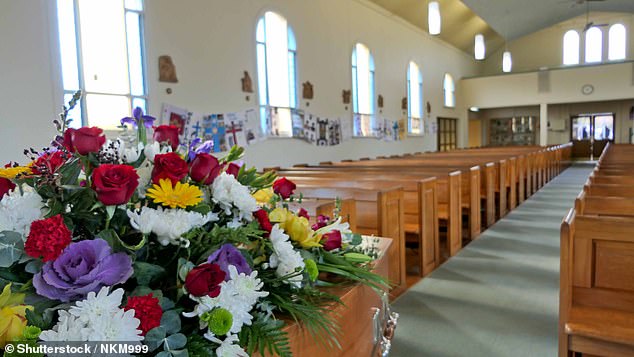 ‘Our proposals will hold open the door to price controls when circumstances created by the pandemic change sufficiently to permit these to be considered.’

James Daley, managing director of Fairer Finance, said: ‘It is reasonable to some degree that the pandemic has caused delays, but it is astounding that in the year 2020 the sector remains unregulated. With so many people dying in a short period of time, it has never been more important to ensure grieving families are not being ripped off and the deceased are properly cared for.’

Ian Strang, of funeral director comparison site Beyond, added: ‘The report is, superficially at least, a lifeline for the bereaved and a stake in the heart for certain businesses within the funeral industry who have profiteered off grief.

‘The devil as ever, will be in the detail. There particularly needs to be clarity on how funeral directors will be required to publish easily comparable pricing online.’

A National Society of Allied and Independent Funeral Directors spokesman said: ‘We are pleased that an earlier proposal to introduce price controls, which would be inappropriate and potentially highly damaging at this time of restricted funeral services, has been shelved.

‘It has been an incredibly challenging year for the profession.’