Mugshots taken 10 years apart shows ravages of heroin on addict, 35, as she is jailed for more than two years for burgling her elderly neighbours

Two mugshots taken 10 years apart show the ravaging effect of drugs on a serial burglar who became hooked on heroin at the age of just 12.

Sarah Ali is only 35 in the second police picture, but looks a generation older, the result of a life spent immersed in drug dealing and addiction.

She is today beginning her latest prison sentence for house burglary after the trademark invasion of an elderly couple’s home. 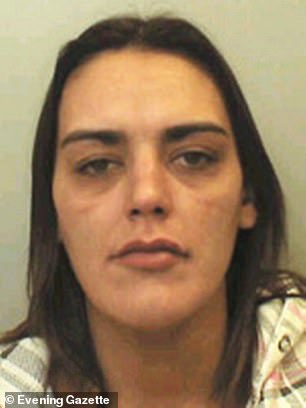 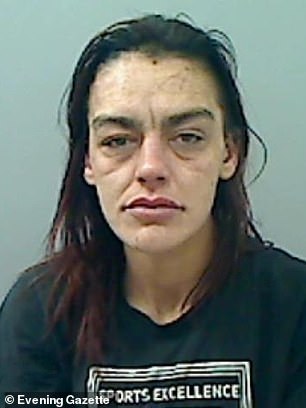 At a previous court appearance in 2016, a court was told at the time that she and an accomplice had 129 convictions between them.

A judge conceded that Ali, of Thornaby, Teesside, had led ‘a very difficult and damaged life’ but said it did not excuse or explain the fear she inflicted on her victims by burgling homes.

Ali grew up in care homes in and around Middlesbrough and it was while she was in the first one that she was introduced to heroin, beginning a life dogged by drugs.

The first police mugshot, taken in 2010 when she was 25, followed her arrest for drug dealing.

Teesside Crown Court heard that by then Ali already had a previous conviction for supplying drugs.

Prosecutor Sarah Mallett said she was overheard on a bus loudly talking about smuggling drugs into Holme House prison in Stockton on Tees.

Another passenger reported the conversation to police and Ali was identified from the bus’s CCTV and arrested.

She was found to be in possession of 210 diazepam tablets, a bus ticket corresponding to the journey she was overheard on, £126.16 in cash and two visiting orders for Holme House Prison.

Crack cocaine worth £500 was found in her flat and she was jailed for three-and-a half-years.

Six years later in 2016, Ali was back before the same court where she was jailed for 16 months for burgling the home of an elderly couple along with accomplice Claire Bell, then 30.

Ali was spotted in a ransacked garage and caught red-handed at the home in Eaglescliffe, Teesside. She ran into a bathroom, climbed through a window, escaped and was chased and captured.

Her barrister Stephen Constantine asked for an exception to be made in her case. 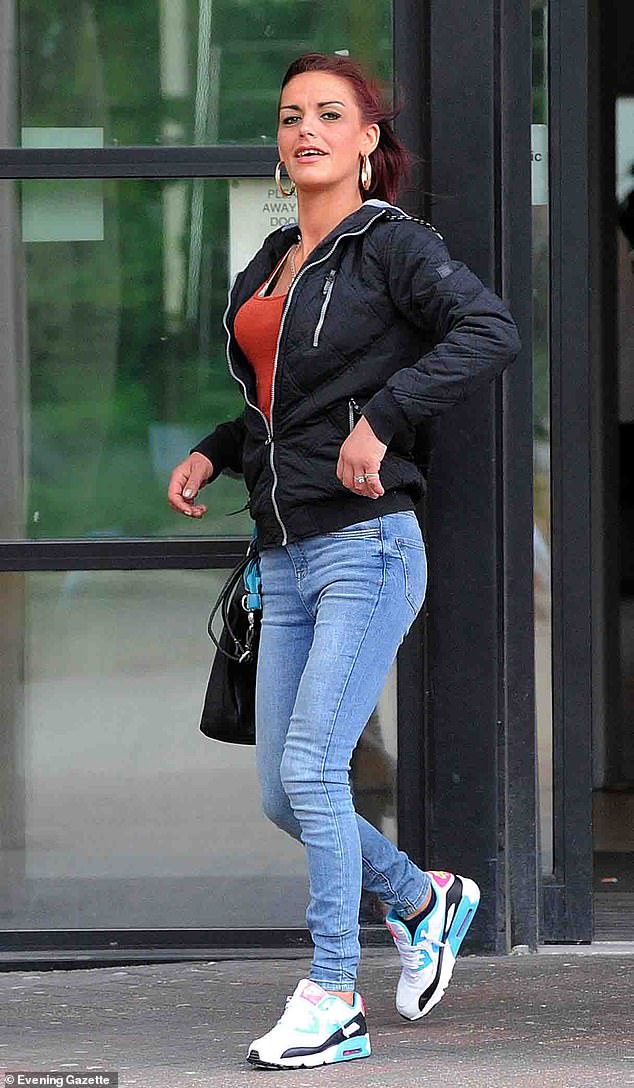 Ali, who became hooked on heroin at the age of just 12, is beginning her latest prison sentence for burgling her elderly neighbours

He said she had a ‘very turbulent life’ – in care since she was 12, when she was introduced to heroin, and using drugs for the next decade. He said that at the time of her arrest she was giving negative drug tests and making good progress.

The judge, Recorder Toby Hedworth QC, agreed not to impose a three-year sentence in the ‘exceptional circumstances’ of Ali’s case.

He jailed her for 16 months, saying he had to find a balance between her ‘very difficult and damaged life’ and the victims’ ‘terrifying experience’.

Later the same year, she was given a suspended sentence after she was caught with hundreds of pounds worth of pills stuffed in her bra.

In her latest appearance on Monday, Teesside Crown Court heard she approached the front door of the elderly couple’s Thornaby home and peered inside. She was caught upstairs searching a spare bedroom minutes later.

A witness rang the police and the couple’s daughter-in-law, said prosecutor Jonathan Walker.

Ali left empty-handed and went home, to her house on the same street, a few doors away on St Paul’s Road.

The elderly couple did not know she had entered the house. Ali refused to answer any questions in interview after she was arrested. She admitted burglary with intent to steal on April 9.

The court was told she had a significant record and was a ‘third strike’ with numerous previous convictions for house burglary.

She was in breach of a suspended sentence and could have been jailed for three years but Judge Howard Crowson gave Ali credit for her guilty plea and jailed her for two years and five months.