A MOTHER has been arrested after being pictured towing her children in a toy wagon behind her car on a busy road while waving at other vehicles to overtake her. 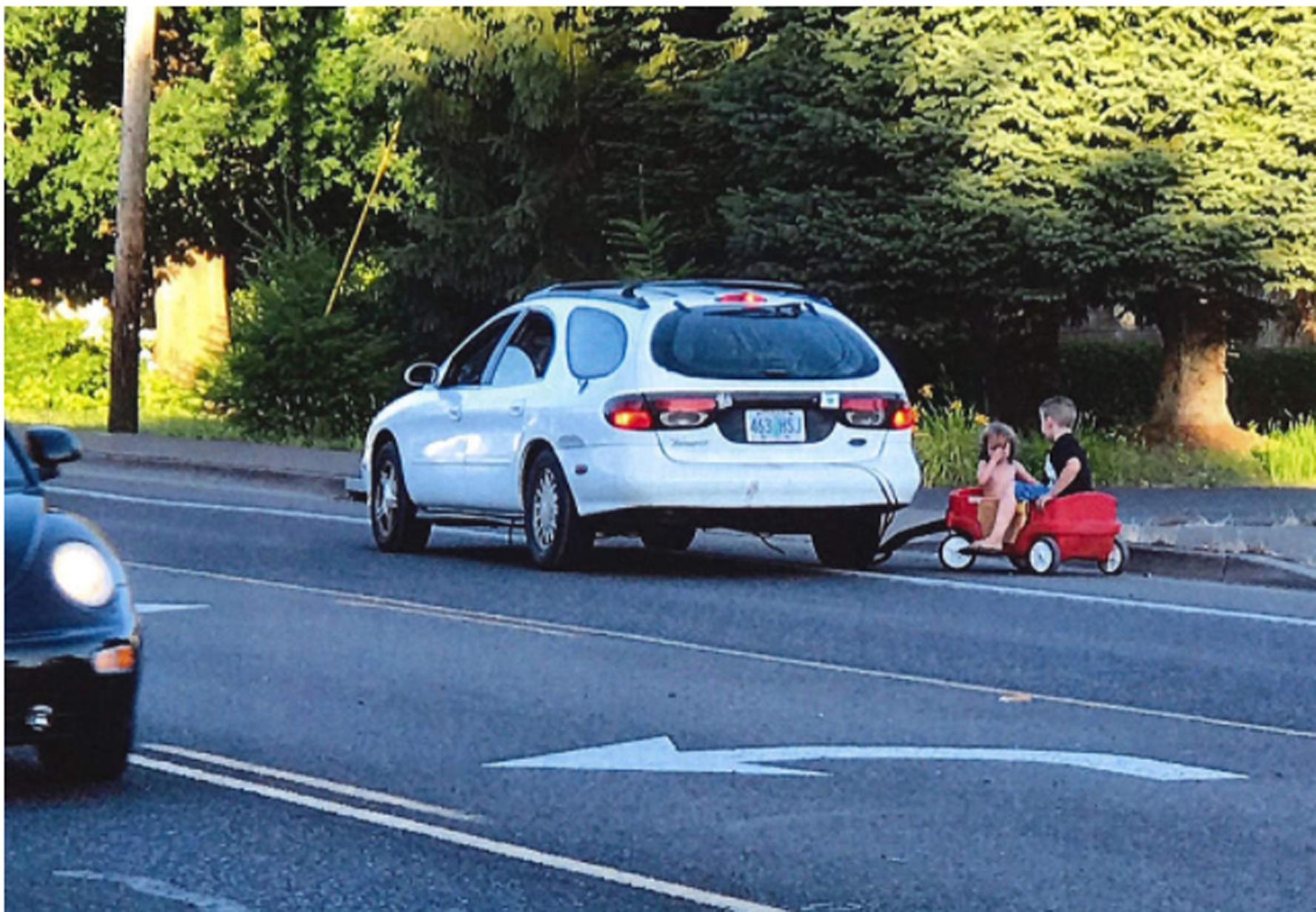 Police were stunned when they were sent photographic evidence of the woman’s white Ford Taurus dragging the vulnerable kids around a roundabout on Wednesday evening.

The Register-Guard reports the mum-of-two from the town of Springfield is accused of endangering the kids, aged three and five.

Cops arrested Donahue less than an hour after being shown the incredible snaps by concerned motorists.

Lt. Scott McKee said that the 27-year-old claimed that she “didn’t understand what the problem was because she was only driving five mph and she just wanted to show the kids a good time”.

Donahue, who was not reportedly intoxicated, is said to have waved to other vehicles to go around her as she drove in circles around the roundabout causing traffic to back up.

One driver reported nearly hit the wagon, according to a police report.

There are also claims that some drivers parked up to appeal with the mother to stop. 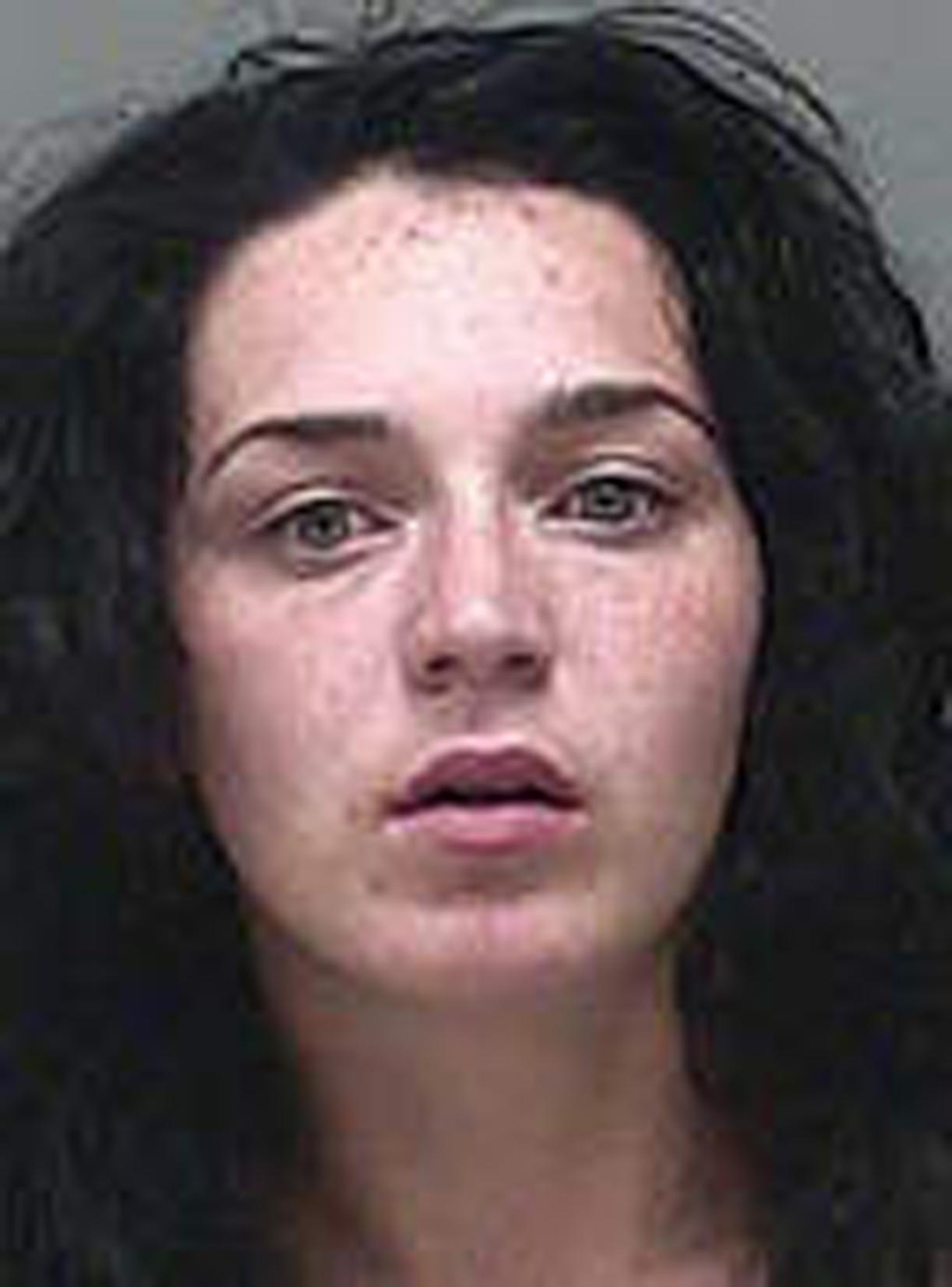 She eventually relented and placed the wagon inside the Taurus and is said to have told one driver to “be an adult about it,” according to the police report.

The Department of Human Services reportedly placed the two children in the care of another unnamed person.