YANGON (Reuters) – Myanmar police fired rubber bullets, tear gas and water cannon on Tuesday to disperse a protest over a statue of independence hero General Aung San that is opposed by members of the Karenni ethnic minority, police and a protest leader said. 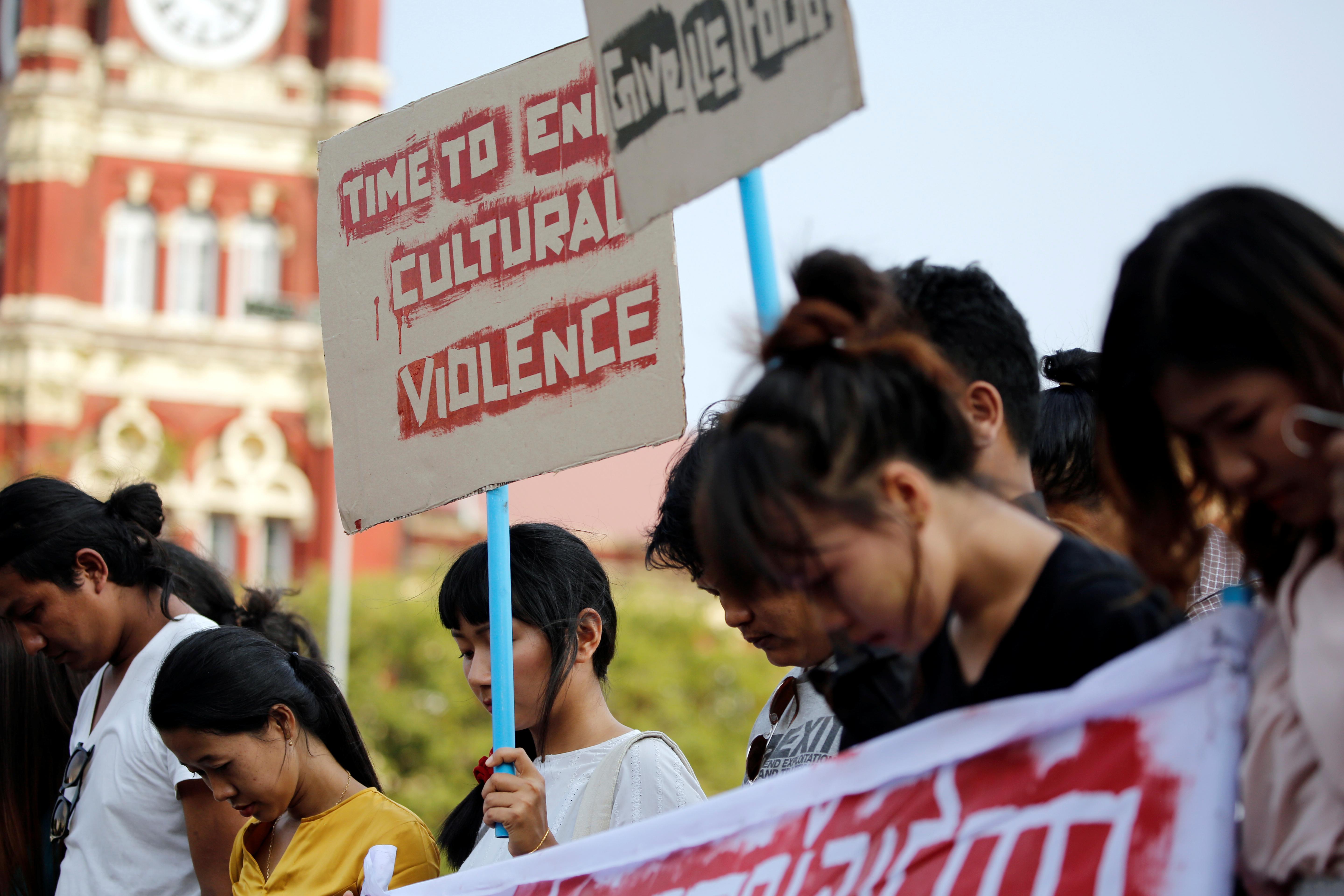 Organisers said at least 3,000 people had gathered on the Union Day holiday in Loikaw, the capital of the mountainous eastern state of Kayah, also known as Karenni, despite being denied permission for the demonstration.

“We are not objecting to the general’s statue itself – we are demanding to implement his promises first,” Khun Thomas, a leader of the Karenni State Youth Force, said at the protest, broadcast live on Facebook using smartphones.

“We are going to continue our protest.”

The father of Myanmar leader Aung San Suu Kyi, Aung San was the architect of a Feb. 12, 1947 pact among some ethnic groups which is marked by the annual holiday, but which, minorities say, was never realized after his assassination that year.

On taking power in 2016, after decades of military-led governments, Suu Kyi set her top priority as securing peace with ethnic armed groups, but slow progress and rising dissatisfaction with her party in minority areas poses a challenge for elections set for next year.

Participants in Tuesday’s protest, the largest in a series that began in the state in mid-2018 after officials announced plans to install the statue, demanded that its top official and finance minister resign for failing to negotiate with them.

The police tactics were meant only to intimidate protesters with noise, police chief Win Htay said.

“The situation is stable now,” he added. “The kids are just showing their opinion.”

This month’s unveiling of the Loikaw statue, depicting the general in gold atop a horse, has revived the trend of protests, in which a total of 54 people have been charged since last year with unlawful assembly, incitement and defamation.

About two dozen people also demonstrated in the commercial capital, Yangon, to support the Loikaw protests and oppose the building of statues of General Aung San.

“No more statues – give us food,” read the slogans on signs they held up near the city’s independence monument, amid a heavy police presence.