YANGON (Reuters) – Myanmar leader Aung San Suu Kyi launched her re-election bid on Tuesday ahead of polls set for November, vowing victory at a scaled-down ceremony in the capital after her original plans were scuppered by a surge in coronavirus cases. 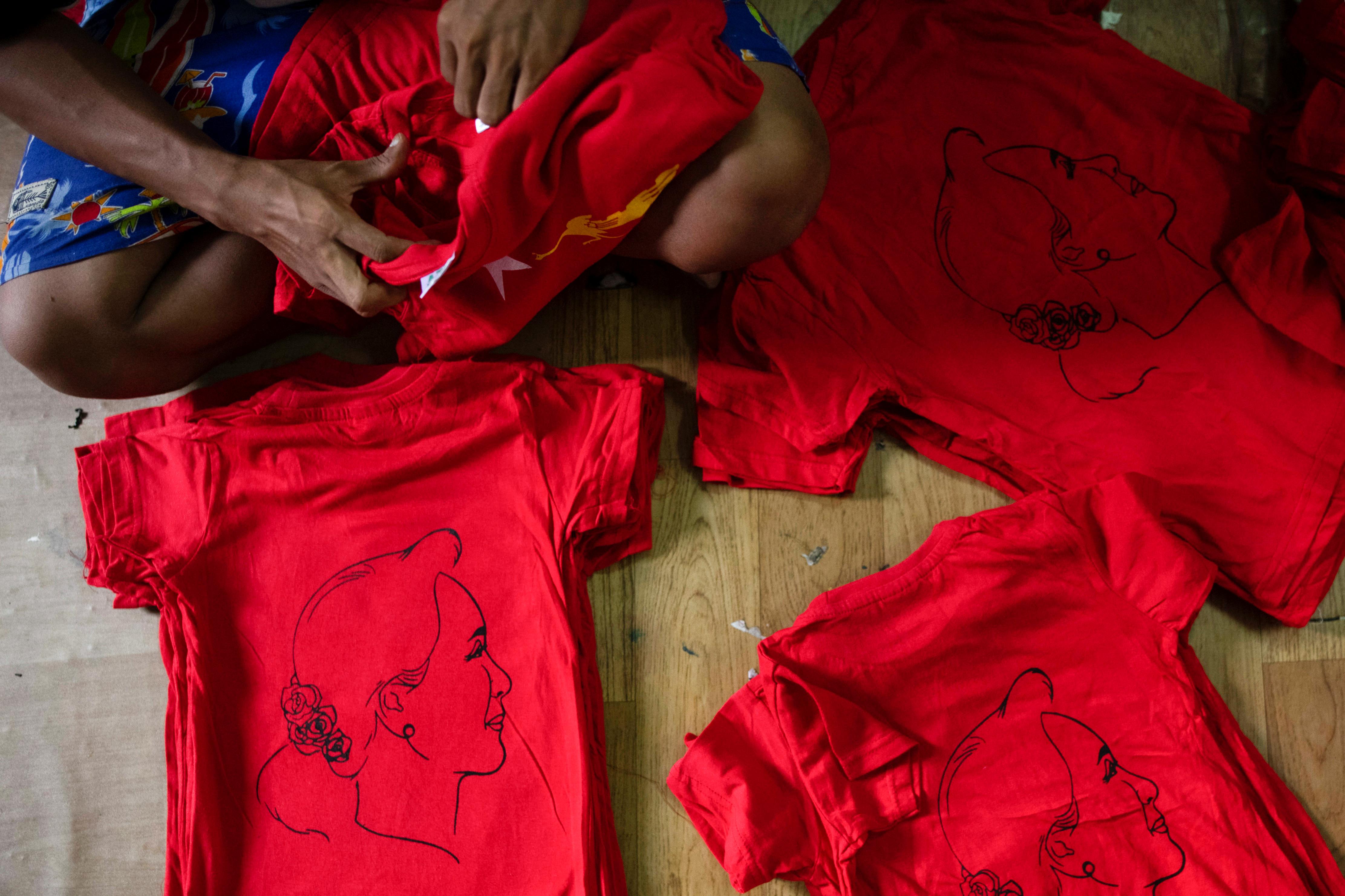 “Today, our victory campaign has begun,” she said, before hoisting the party’s flag at the ruling National League for Democracy (NLD) headquarters in Naypyitaw at an event broadcast on her Facebook page.

The election is set to serve as a test of the country’s first democratic government in half a century and is seen by analysts as an important test of Myanmar’s transition away from direct military rule as it grapples with crises on multiple fronts.

Suu Kyi, who rules as state counselor, had planned to launch her campaign in the commercial capital of Yangon but cancelled the trip on Monday on advice of the health ministry.

Wearing a red mask decorated with a peacock, the emblem of the NLD, and a plastic face shield, she thanked supporters for flying the party’s red flag at their homes across the country.

“I’d like to say that to make our victory flag long-lasting means making the nation’s peace, development, and prosperity long-lasting,” she said.

The NLD, which won a landslide at 2015 polls that ended half-a-century of military and military-backed rule, is expected to win again though by a lesser margin.

The party remains overwhelmingly popular despite criticism over its failure to curb the power of the army or end escalating ethnic conflicts. It has also faced international condemnation over a 2017 military crackdown on the Rohingya Muslim minority.

Preparations for the Nov. 8 polls have been overshadowed by a worsening outbreak of the novel coronavirus, which is adding pressure on the economy. The World Bank has predicted economic growth to drop from 6.8 percent to just 0.5 percent this financial year.

The country had gone weeks without a local transmission and many regulations had been relaxed until mid-August when cases were detected in the western state of Rakhine.

The number of cases has tripled since to 1,562 and eight deaths. The health ministry reported 93 new cases on Tuesday.

Authorities have enforced a second partial lockdown in Yangon, issuing stay-at-home orders for select townships and banning dine-in services at restaurants and bars. Schools across the country have been closed and flights in and out are limited.

Last week, officials sealed off the capital, Naypyitaw, where the government is based, imposing mandatory quarantine and coronavirus tests for any visitors.

Gatherings of more than 50 people have been banned, and political parties say they are planning smaller campaign events.