Hong Kong’s security law includes the new offence of subversion, which makes it illegal to advocate “overthrowing the body of central power of the People’s Republic of China.” But religous group Falum Gong has already proving it is still planning to carry out their revenge to bring down the communist party elsewhere in places such as Taiwan and called this year, “the year of awakening”.

Falun Gong gained popularity in China before being banned on the mainland in 1999.

But it managed to carry on in Hong Kong due to the territory’s greater human rights protections. Members are often recognisable as they march wearing all yellow, while carrying purple lotus plants, yin-yang symbols, and other traditional Buddhist icons.

Protesters within the group have also targeted Chinese politicians in the city.

They also chant on their marches: “Keep away from the Chinese Communist Party. 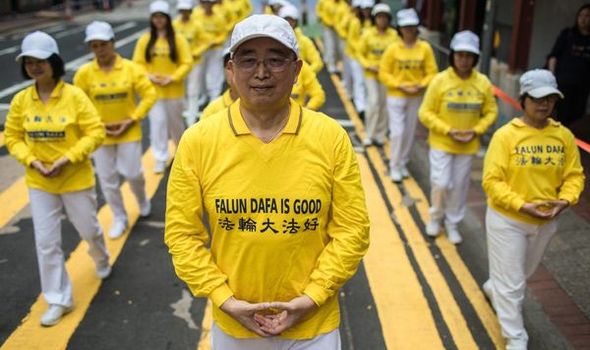 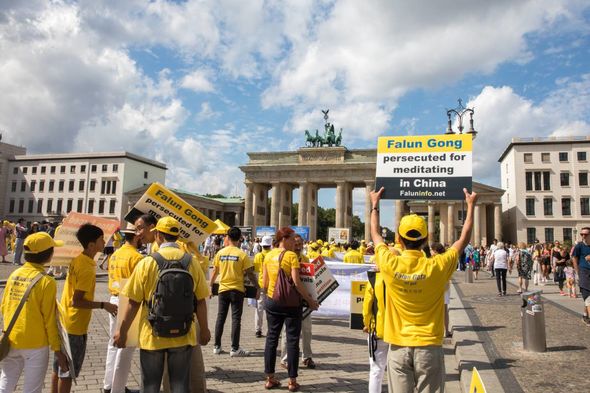 “Stop the persecution of Falun Gong.”

But recently concerns have grown over the future of the religious group after China’s recent approval of the new Security Law.

Ingrid Wu, spokeswoman for the Hong Kong Falun Dafa Association, told CNN: “The new National Security Law will act like a sharp knife hanging over the (association) and the heads of every Falun Gong practitioner in Hong Kong.

“We are very concerned.” 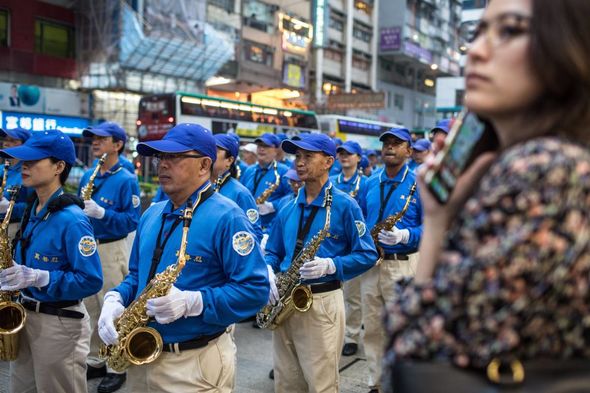 But The Taipei Times reported yesterday that Falun Gong members staged a mass sit-in in front of Taipei City Hall to mark the 21st anniversary of the start of the Chinese Communist Party’s (CCP) persecution of the group’s members, before calling on the world to recognise the regime’s “crime”, proving the groupl is still going.

Taiwan Falun Dafa Association president Chang Chin-hwa told a news conference: “With the COVID-19 pandemic, the CCP’s arbitrary passage of national security legislation for Hong Kong and its violation of press freedom by banning reports of excessive water levels along the Yangtze River, which caused flooding in 27 Chinese provinces, the world has woken up to the CCP’s true evil nature.”

The say it will also help the efforts of Falun Gong be more widely recognised. 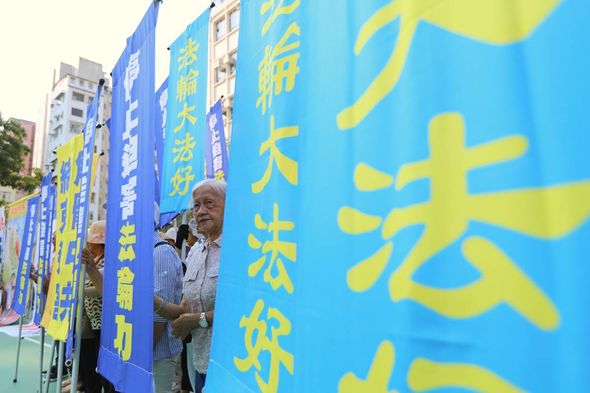 Under Article 29 of the new Security law, anyone who “conspires with a foreign country or an institution, organization or individual outside (China), or directly or indirectly receives instructions, control, funding or other kinds of support” from such organisations, could be prosecuted if they are found to be “provoking by unlawful means hatred among Hong Kong residents towards the Central People’s Government or the Government of the Region, which is likely to cause serious consequences.”

Sarah Cook, a senior research analyst at Freedom House and author of “The Battle for China’s Spirit: Religious Revival, Repression, and Resistance under Xi Jinping”, explained it is very important to watch the new direction that Falun Gong now goes in.

She told CNN: “How the situation of Falun Gong practitioners in Hong Kong evolves in the coming months and how much of the repression leaks over from the mainland is a very important space to watch.” 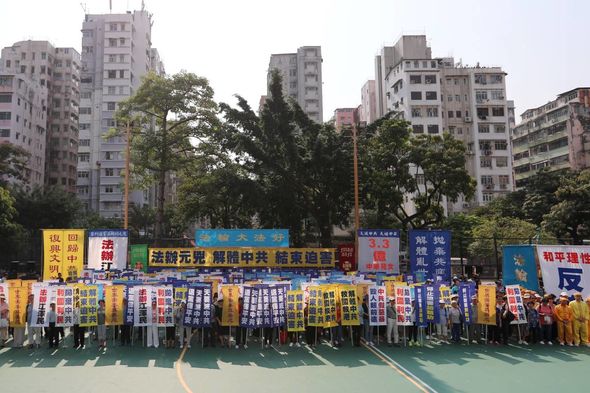 In a letter to the religious newspaper Church Times this month, Paul Kwong, Archbishop of Hong Kong, admitted the new security law may not be as harsh as it seems.

Mr Kwong said: “Many critics do not accept the fact that we are part of China. They only emphasise two systems, not one country. I cherish our Hong Kong freedoms — in particular the freedom of religion and way of life — as much as anyone, and I don’t think this law will change any of that. I am also proud to be living in China.”

The Chinese government and state media initially though of it as part of a nationwide qigong craze, but later became alarmed after between 1996 and 1999, the group staged some 300 protests and demonstrations, historian David Ownby wrotes in “Falun Gong and the Future of China.”