THE MYSTERY surrounding how a giant rock came to be perfectly cut in half in the Saudi Arabian desert may have been solved.

Conspiracy theorists have long suspected that 'alien lasers' could be responsible but there's a much more likely scientific explanation. 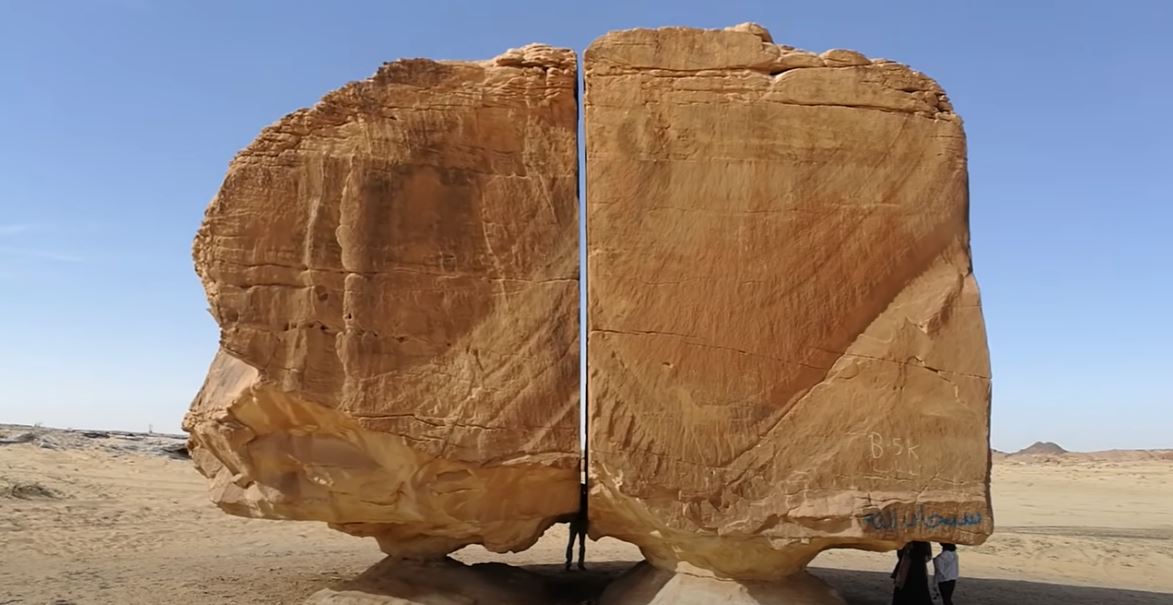 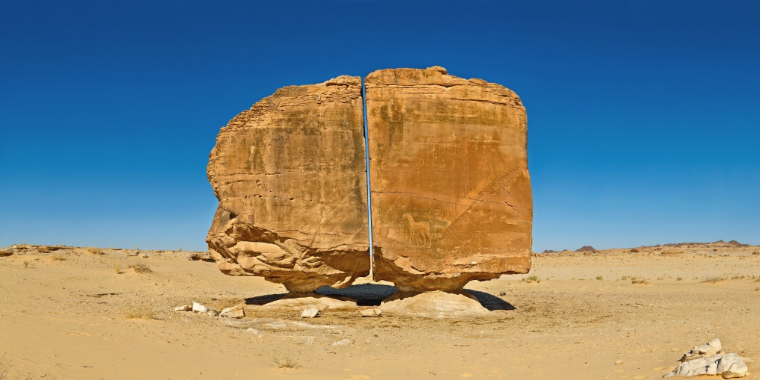 The Al Naslaa rock formation is a giant boulder located in the Tayma oasis, in north western Saudi Arabia.

It's a sandstone rock that's about 30 feet tall and 25 feet wide.

The boulder is covered in rock art and shows what is believed to be a man on the horse.

However, that's not the reason that Al Naslaa gets so much attention.

The formation is baffling because it looks to have been cut perfectly with a laser beam and both pieces are raised on rocky pedestals.

It's so unusual that it's become a tourist attraction and led some people to think aliens visited the Saudi Arabian desert thousands of years ago.

One conspiracy YouTube video claims that the rock is evidence of early "high technology", meaning that ancient civilisations could have been more advanced than currently thought.

The rock formation has lead to lots of debate and conspiracy theories online.

And, another said: "I, for one, welcome our new rock lasering alien overlords."

The split in the rock may look too perfect to be made by natural causes but some scientists think there is a pretty standard explanation.

Geologist Cherry Lewis told MailOnline : ‘It [the split] could have formed due to a process called “freeze-thaw” weathering, which occurs when water gets into a small crack in the rock.

“As temperatures drop, the water freezes and expands which causes the crack to widen and lengthen.

‘As the ice melts, water makes its way deeper and deeper into the crack.”

This process can repeat until a rock splits in half.

Lewis added: '“This process, coupled with wind erosion – which, in a desert environment, is like sandblasting – could also explain why the boulder is standing on its own like that." 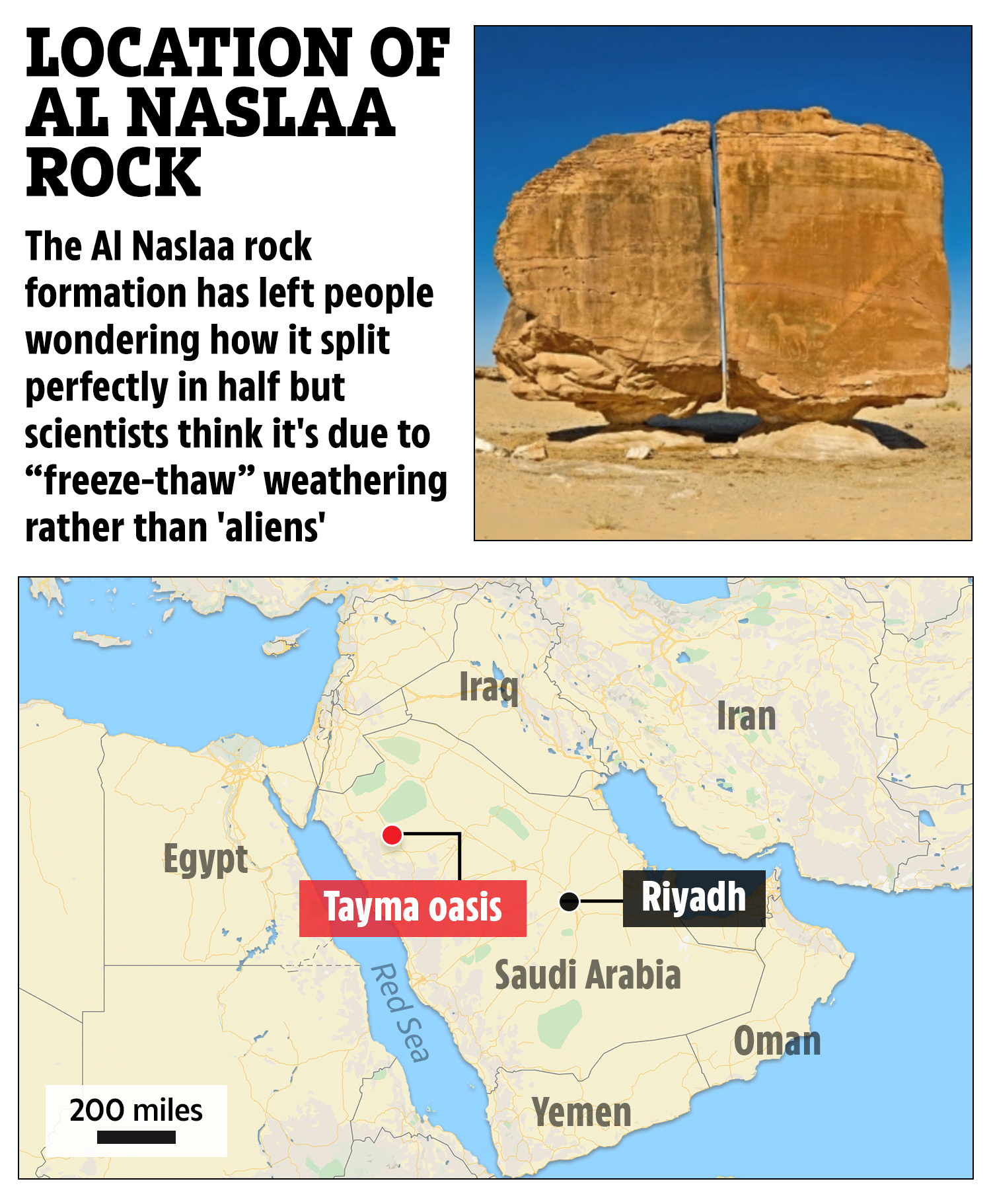 Find out more about science

Want to know more about the weird and wonderful world of science? From the Moon to the human body, we have you covered…

In other news, three entirely new lifeforms were recently discovered at different locations onboard the International Space Station.

Nasa has announced that it is accepting applications for wannabe space explorers who wish to fire their names to the Red Planet.

And, the Perseverance Mars rover has revealed stunning video and audio recordings from the surface of the Red Planet.