Is NASA campaigning to have the galaxy’s best Instagram page? It sure seems that way with the latest images from the James Webb Space Telescope of Jupiter and last month’s stunning shots of the Carina Nebula and Southern Ring Nebula.

And now, the space agency is sharing a remarkable image of the southern lights, or aurora australis, taken from the International Space Station.

The southern lights, which are similar to the aurora borealis, can be seen best from Tasmania, New Zealand and Antarctica, according to Smithsonian Magazine. Its “incredible atmospheric lightshow” is “just as captivating” as that of the aurora borealis, the magazine says.

In the image, which NASA posted on Instagram and on its own site Tuesday, a greenish glow arises above the curve of the Earth. The color changes to red as the light goes higher above the horizon. At the right, a section of the International Space Station can be seen.

‘Frightening’ audio from space: Here’s what a black hole sounds like, according to NASA. 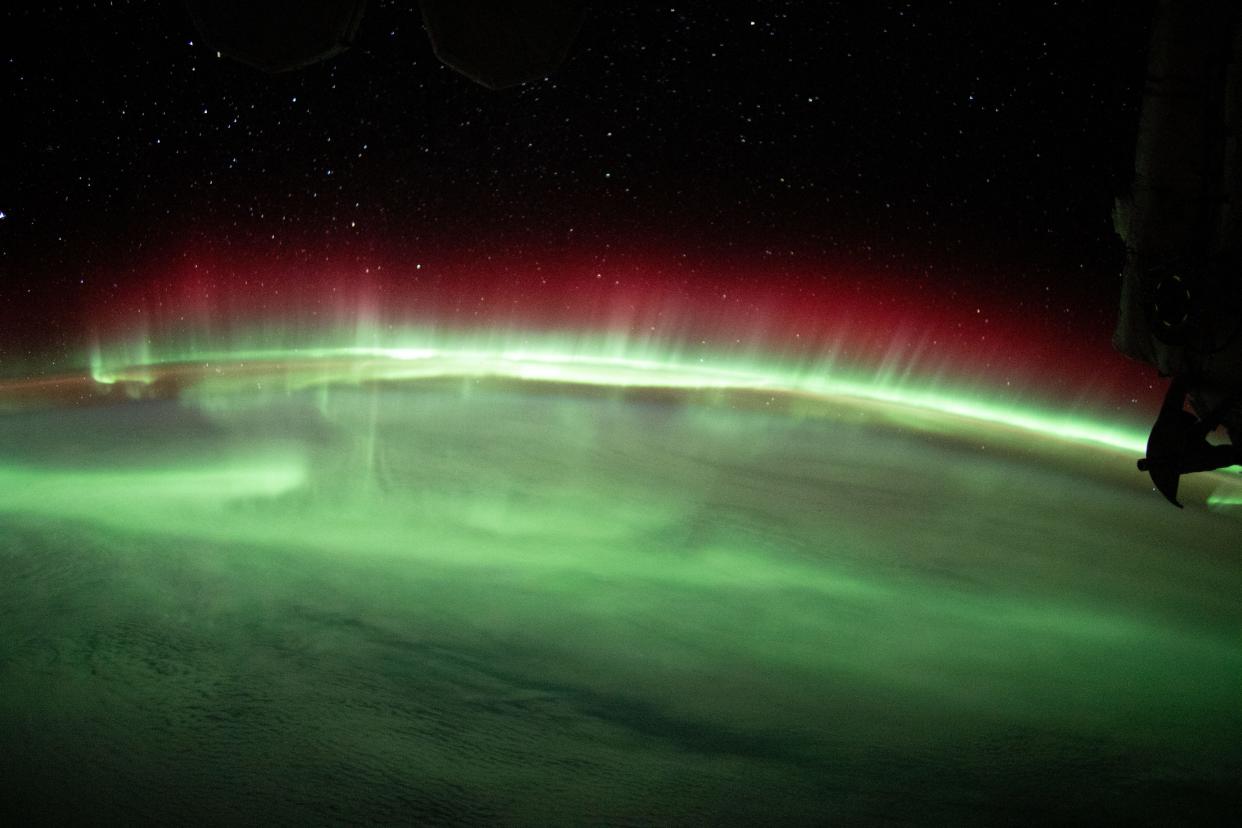 “The vibrant displays of light around Earth’s North and South Poles are caused by the interaction of solar particles, ejected by the Sun, and our planet’s protective magnetic field,” NASA’s Instagram post of the image describes.

During large solar storms, the post continues, “the Sun spews large bubbles of electrified gas which collide with our magnetic field at its North and South Poles and enter our atmosphere … these energized solar particles collide with atmospheric gases resulting in beautiful displays of light.”

Bob Hines, a pilot currently on the ISS, took the picture and several others he posted on Twitter last week, noting the “Absolutely SPECTACULAR aurora today!!”

On Twitter, Hines answered some questions about the images including one tweet that asked: “Are you tweeting from space?”

Are you tweeting from space? 😍😍😍

On Instagram, the image had nearly 1 million likes on Wednesday, including one from the rock band Garbage. Along with the images, NASA encouraged its followers to “Let your light shine.”

What’s everyone talking about?Sign up for our trending newsletter to get the latest news of the day