One of the best players in baseball could be on the move in the next few weeks. Washington Nationals superstar Juan Soto reportedly declined a 15-year, $440 million offer from the team, according to Ken Rosenthal of The Athletic. That decision will lead to the Nationals listening to offers for the young star.

The proposed deal would have made Soto, 23, the highest-paid player in baseball history. Notably, the offer contained no deferred money.

Though the Nationals will reportedly entertain trade offers for Soto, the team doesn’t have to deal him. Soto still has two years left before he hits free agency. He is eligible for arbitration in both 2023 and 2024. He will hit the free-agent market following the 2024 MLB season.

In the Nationals’ previous mega-contracts, the team has typically offered deferred money to players. The tactic allows the team to save money in the short term at the expense of paying players long after they’ve retired from baseball. New York Mets pitcher Max Scherzer still receives $15 million in deferred money from the Nationals each year and will continue to get that amount from the team through at least 2027. The team also reportedly included a ton of deferred money to Bryce Harper when it attempted to retain him in the 2018 offseason. That offer reportedly would have paid Harper until he was 60.

Though there was no deferred money in the deal, it was heavily backloaded, according to Jon Heyman. It also paid Soto $29 million per year, a high figure, but far less than Scherzer’s $43.3 annual salary with the Mets.

Juan Soto declined $440M, 15-year offer from Nats and will be available now. A few reasons he declined: 1. Heavy backloading of deal is tantamount to big deferral 2. $29M AAV is seen as old figure in light of Scherzer, other deals 3. Team is likely to be sold so owner unknown.

Those factors may have played a role in Soto turning down the contract.

Soto spoke to reporters Saturday, and was not happy the reported offer leaked, saying he prefers negotiations to remain private.

Juan Soto just talked with a few reporters here in D.C. Said he’s not happy this came out because, as he put it, he’s someone who likes to keep things private. Also said it’s uncomfortable going into the all-star break but he’ll deal with it. As somber as I’ve seen him.

The Nationals’ willingness to break from that trend could signal how badly the team wanted to retain Soto. The fact that Soto turned it down suggests he wasn’t satisfied with the contract structure, and that he believes can make more money if he stays healthy.

Incredibly, Soto might be right about that. Soto made $17 million in arbitration for the 2022 MLB season. That figure will likely increase the next two seasons if Soto stays healthy and continues to produce.

If Soto makes roughly $50 million over the next two seasons, which is possible, he would need to match or exceed $390 million when he hits the free-agent market after the 2024 season. Soto will be 26 at that point, making him one of the youngest free agents in recent memory. Harper and Manny Machado were both 26 when they hit the market after the 2018 season. Harper received $330 million from the Philadelphia Phillies. Machado got $300 million from the San Diego Padres. Add inflation to those numbers and throw in Soto’s track record and ability to stay healthy — so far — and he could exceed $390 million on the market. He would have to stay healthy and continue to produce like a superstar to receive that figure, obviously.

Soto is hitting .247/.405/.490, with 19 home runs. That figure is good for a 151 wRC+, suggesting Soto has been 51 percent better than the average hitter this year. Those numbers are low for Soto, but there are already signs he’s going to have an excellent second half. After a slow start to the season, Soto is hitting .417, with 5 home runs, in July. He hasn’t topped 5 home runs in a single month in 2022 and has already matched that figure halfway through July. It’s only 13 games, but his recent stretch suggests Soto is turning things around.

In his previous four seasons in the majors, Soto has performed like one of the best players in the majors. He owns a career .292/.427/.540 slash line, has three top-10 MVP finishes, two Silver Slugger awards and two All-Star nods. 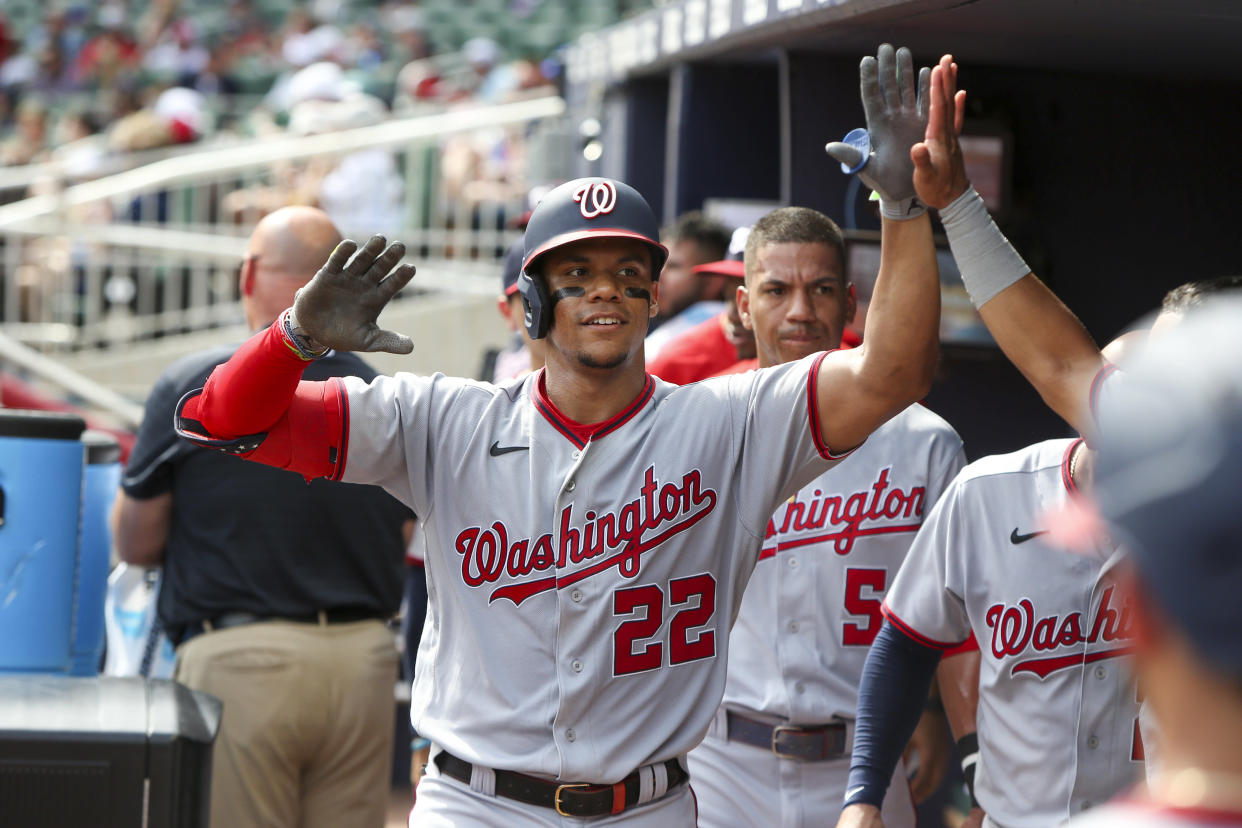