The Tory politician jailed for three sex assaults on two women is to be released next month after serving half of his two-year sentence.

Disgraced former Dover MP Charlie Elphicke won his early freedom after his wife, who announced she was divorcing him when he was found guilty, agreed he could return to their family home.

He was jailed in September last year for attacking a woman who worked for him and a parliamentary worker.

He assaulted one victim, kissing her, groping her breast and chasing her around his Belgravia townhouse singing ‘I’m a naughty Tory’.

The judge said Elphicke was a ‘sexual predator who used (his) success and respectability as a cover’ to sexually abuse the women.

Natalie Elphicke declared their marriage was over moments after the court verdict.

Despite consenting to her husband’s return to their home – which this newspaper understands is one of the conditions surrounding his release – Mrs Elphicke told the Daily Mail last night she has filed for divorce and they will ‘make arrangements to reflect this’ after his sentence is complete.

Elphicke, 50, has been in Wandsworth Prison in south west London for ‘Category B’ prisoners, one level below maximum security. 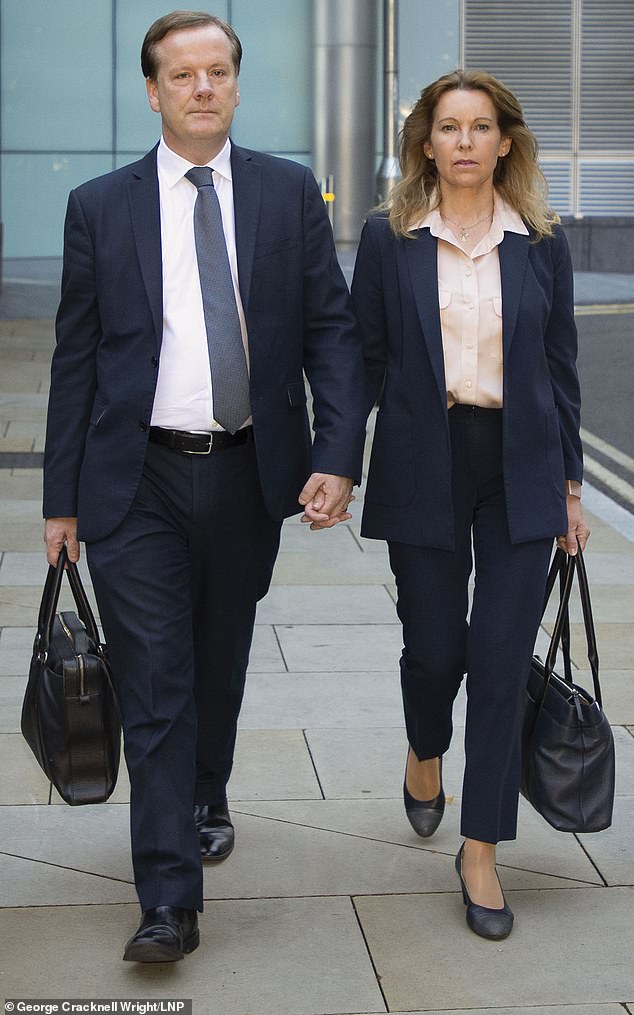 Disgraced former Dover MP Charlie Elphicke won his early freedom after his wife Natalie (pictured together), who announced she was divorcing him when he was found guilty, agreed he could return to their family home

Mrs Elphicke, also 50, succeeded him as Dover MP in the 2019 general election following her husband’s suspension from the party as he awaited trial.

Immediately after her husband’s conviction last year, former finance lawyer Mrs Elphicke said she felt ‘profound sorrow’, adding: ‘It ends my 25-year marriage to the only man I have ever loved.’

Later, in a tearful interview, she said she decided to divorce him after finding texts he sent to one of his victims, 20 years his junior.

He used the same flirty phrases that he had wooed her with years earlier, she said.

She said she rejected his plea to save their marriage and his promises to change his behaviour.

However, she supported him at court during his trial and backed his failed appeal against his sentence in March.

Mrs Elphicke told the Mail last night: ‘Charlie and I are separated. I have filed for divorce. We will be making arrangements after he has served his sentence to reflect this.’

Last month Mrs Elphicke was one of three Tory MPs suspended from the Commons for a day as punishment for trying to influence a judge who presided over her husband’s trial.