Jimmy Butler didn't play in Game 5 of the Miami Heat's series-clinching win on Tuesday, but he did manage to get himself and his team fined.

The NBA announced Thursday it is fining Jimmy Butler $15,000 for making "an obscene gesture" on the Heat's bench during Game 5 of their first-round series against the Atlanta Hawks. The Heat have also been fined $15,000 for posting a gif of the "gesture" to social media.

The Heat's tweet of the gif has since been deleted.

What sort of act could get both a player and team fined? Here's a look:

Butler had been out for the game due to a knee issue, but he appeared to have his fun from the bench.

The Heat managed without both Butler and point guard Kyle Lowry, out since Game 3 with a hamstring strain. Behind 23 points from a resurgent Victor Oladipo, the Heat came to life at the end of the second quarter and held on for a 97-94 win.

Miami is now set to face the winner of the series between the Toronto Raptors and Philadelphia 76ers in the second round. With that series still going, Butler and Lowry should get a few days to rest up. 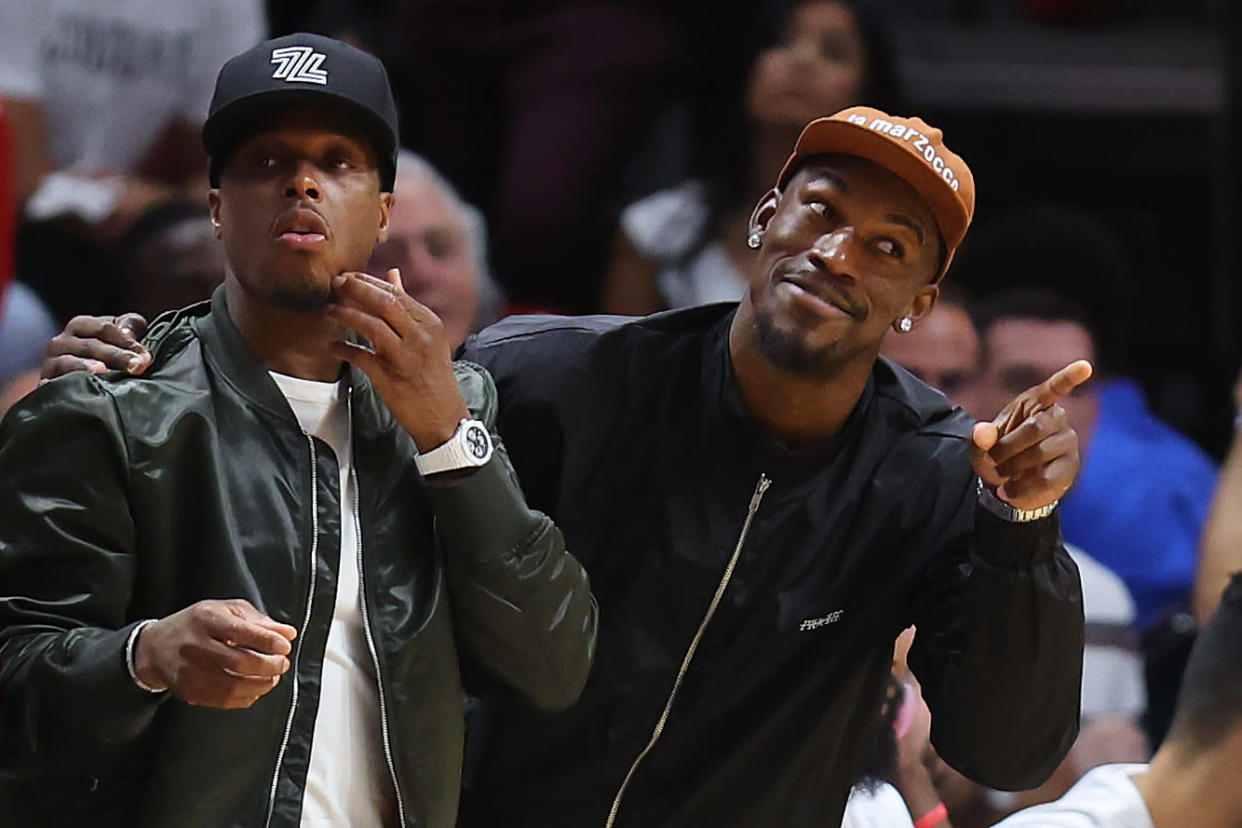