WHEN Luka Magnotta butchered a young student before putting his dismembered body parts in the post, the world was shocked by his sick savagery.

But it came as no surprise to a team of internet sleuths — and our own reporter Alex West — who had all tried to warn police. 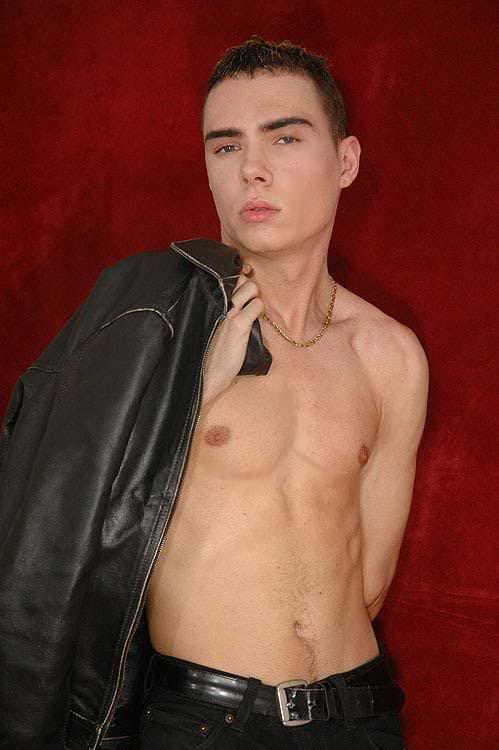 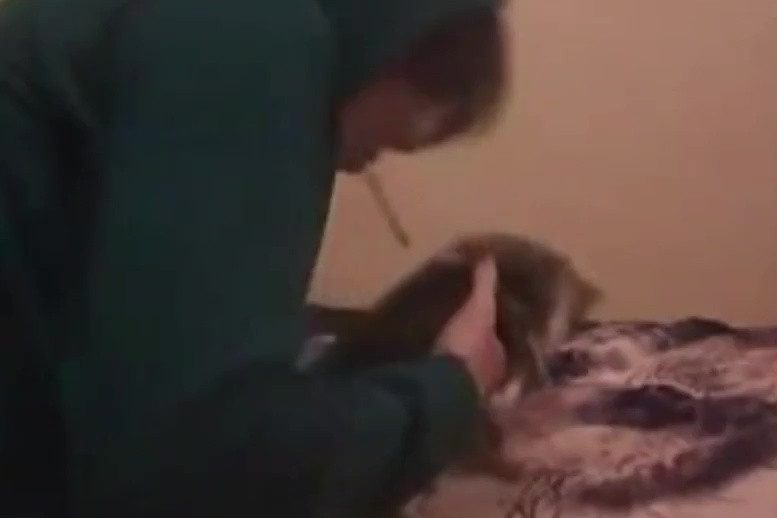 The amateur investigators were hunting Magnotta over cat killing videos which marked the first stage of his evolution into a murderer.

Now a new three-part documentary reveals how one of the first examples of a cyber killer fell through the cracks of police forces around the world.

Don’t F**k With Cats, released tomorrow on Netflix, shows how a team of armchair amateurs hunted down the narcissist by exploiting the weakness that was also his motivation to kill — a desperate need for attention.

Deanna Thompson, a data analyst from Las Vegas who played a leading role in the hunt, said: “This documentary is exactly what he would want.

“But if it stops someone else from doing the same thing again and police take more notice the next time a Luka Magnotta comes along, then it’s worth it.”

Over 18 months, a group of internet experts tracked the online activity of the 30-year-old Canadian and helped an international manhunt snare him.

Did we feed [Lukas] narcissism, did we feed the monster or did we create it?

Now 37, Magnotta posted a video of him in 2010 suffocating two kittens in a plastic bag by sucking the air out with a vacuum cleaner.

“But in this seedy underbelly there’s an unwritten rule: Don’t f**k with cats.”

Magnotta knew this was the ultimate way to get attention — and quickly a Facebook group was set up called Find the Kitten Vacuumer which got tens of thousands of followers.

But his hunters knew that animal cruelty was an early indicator of psychotic behaviour and could see signs he could graduate to humans.

The title of the first video is 1 Boy 2 Kittens — an echo of 2007 clip 3 Guys 1 Hammer showing two Ukrainian serial killers carrying out a murder. 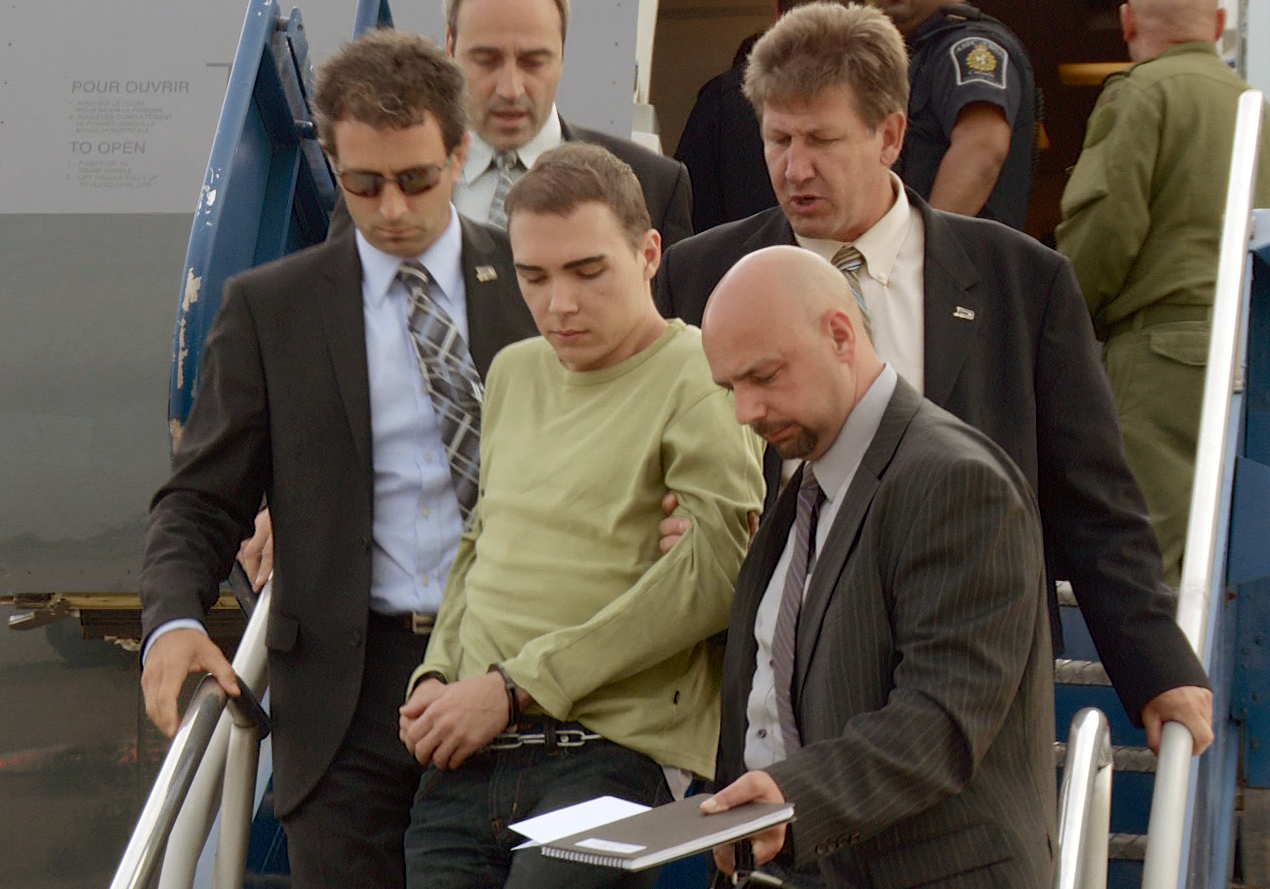 Detectives claimed their hands were tied as it was difficult to know who he was or where he was living. But cat lover John Green realised Magnotta had thrown down a gauntlet.

John said: “When I clicked on the profile of the video I noticed they’d also liked a video for the movie Catch Me If You Can. In it Leonardo DiCaprio plays a conman and an FBI agent tries to track him down.

“I thought: ‘This guy’s up for a game of cat and mouse.’” So the group set about analysing tiny details of the video such as the bed cover, the light socket, the wall plugs and the doorknob.

They found the episode of a Russian sitcom which Magnotta played in the background — but it was a red herring. Magnotta then made a fake Facebook account and followed the group’s investigation.

He also released another clip of him playing with the dead kittens. Meanwhile, in New York an unlikely group of animal lovers — a gang of tattooed bikers called Rescue Ink — offered a £4,000 reward. They were swamped with information — most of it bogus.

Magnotta was a convicted fraudster and failed model who had turned to making adult movies and escorting. Things took a darker twist when some members of the Facebook group targeted a man called Edward Jordan thinking he was Magnotta.

They launched a barrage of online threats. In fact he was a troll battling depression — and he killed himself shortly afterwards.

Magnotta contacted the group which had become a smaller band of level-headed members called “Luka Intel” and gave his name. They found hundreds of fake fan sites full of his images.

They also found a 2007 article in a Canadian paper which claimed his modelling career had been destroyed by rumours that he was dating serial killer Karla Homolka. In fact he had spread the rumours himself for publicity.

Crucially they group also found a video of him auditioning for a TV show in Canada and a photo taken in Toronto. The sleuths found his address which police subsequently visited — but he had already moved on to London.

He posted two more videos. One was of a cat strapped to a pole being drowned in a bath, the other of a kitten devoured by a python. The username was Leslie Anne Downie — a ten-year-old victim of the Moors Murderers. 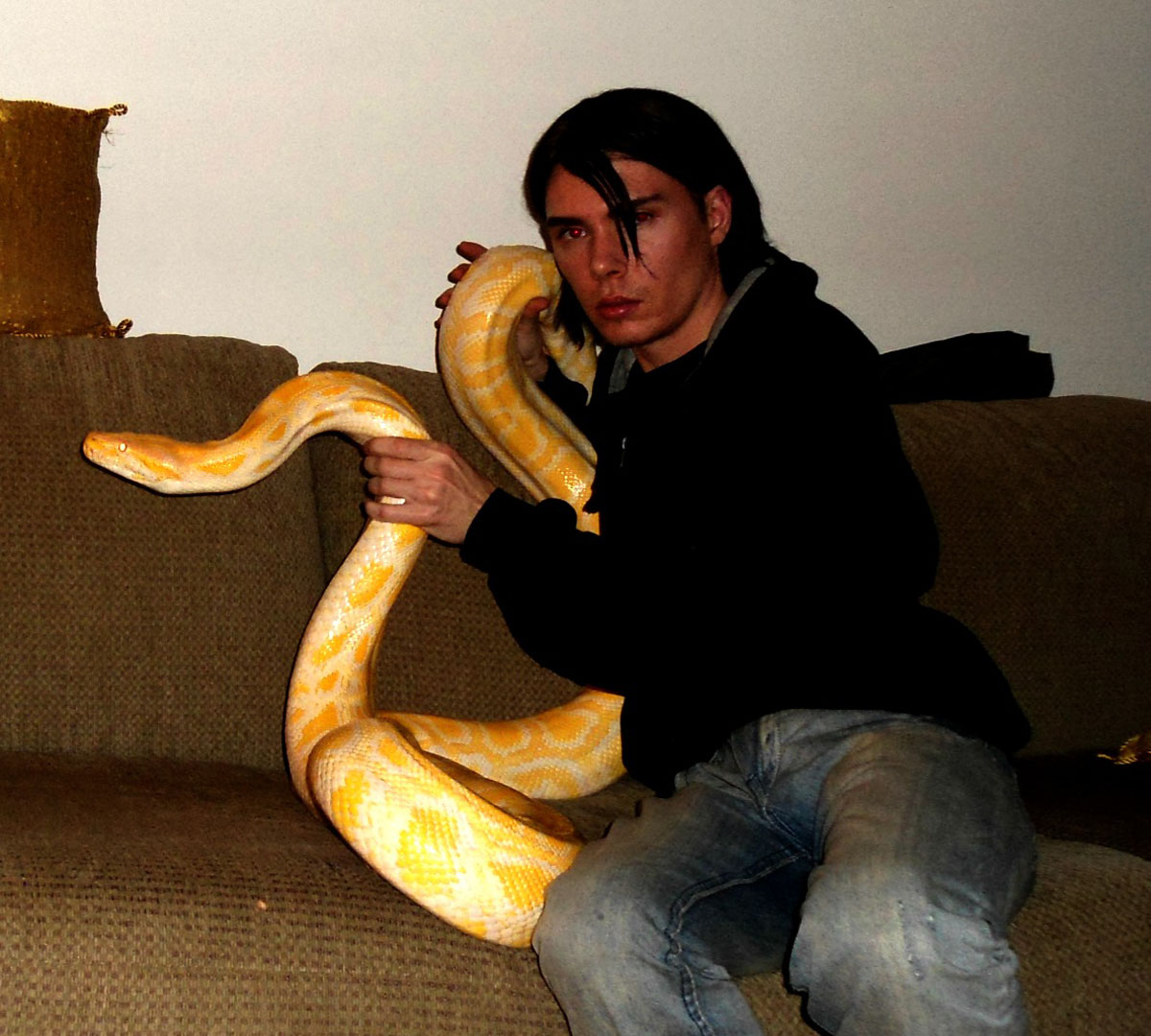 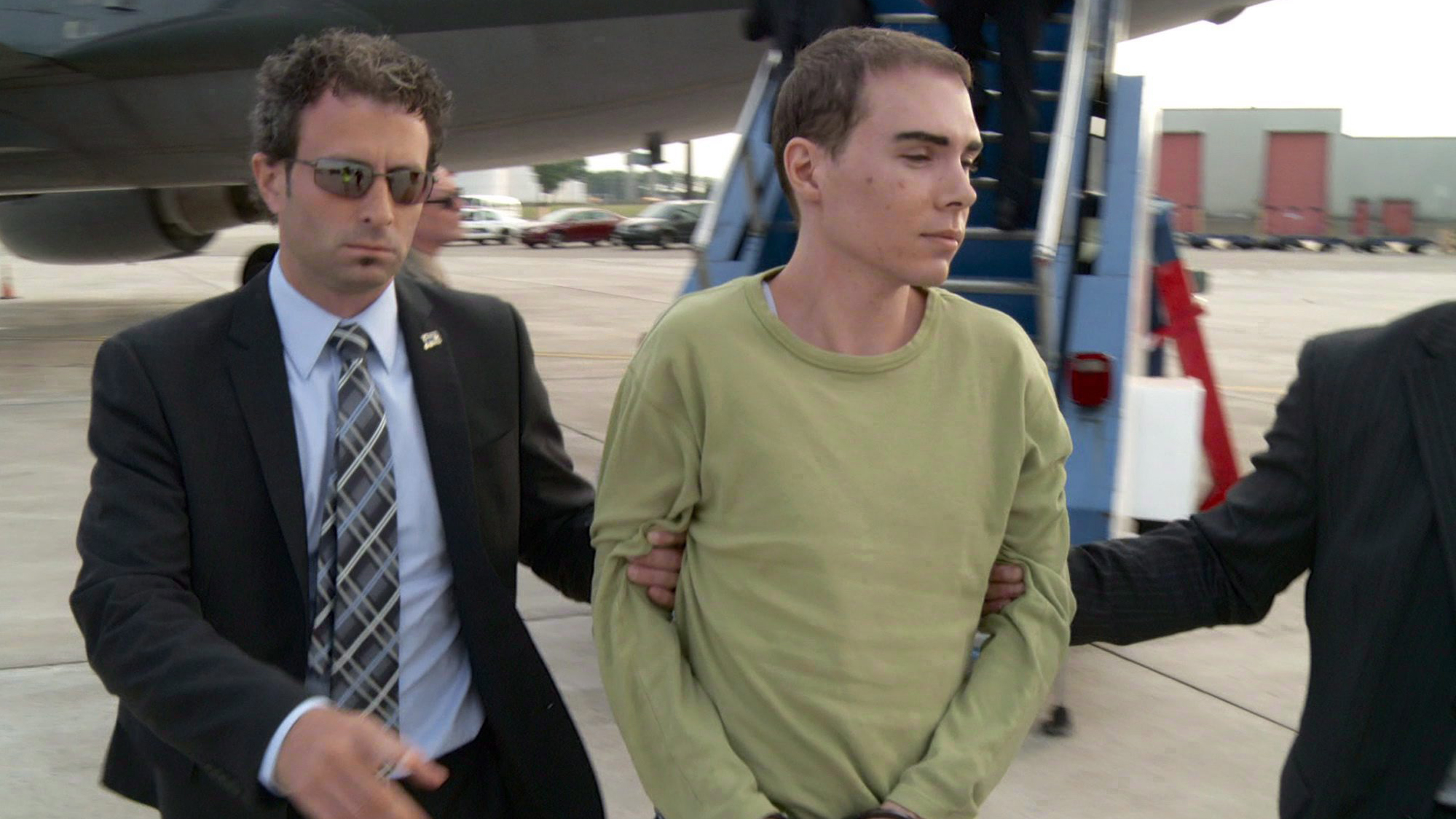 His videos also got him press attention, with The Sun publishing a story headlined: “Catch the sicko who fed a kitten to a python”.

Afterwards Sun journalist Alex West received a message saying the person he wanted was staying at The Fusilier Inn in Wembley, North West London. He decided to confront him.
Deanna said: “Luka was like: 'These people are falsely accusing me and photoshopping my head onto other people’s bodies.’ And Alex was basically laughing at him, saying: ‘You’re nuts’. It was very brave of him to go to that pub."

Alex’s intervention prompted Luka to show the first firm sign he was moving on to kill humans. Two days after the meeting, an email was sent to the journalist.

It read: “Next time you hear from me it will be in a movie I am producing that will have some humans in it not just pussys.” Alex went to police who told him it was impossible to act.

Then on May 24, 2012, Magnotta met a man named Jun Lin in Montreal through a gay hook-up site. He took him back to his apartment where he repeatedly stabbed him with a screwdriver.

HACK UP THE BODY

He then hacked up the body and sent his victim’s left foot to the national headquarters of Canada’s Conservative Party. He sent the left hand to the Liberal Party, though it was intercepted en route.

Finally police finally sparked a manhunt — and the internet sleuths handed them their file. Among the evidence was a picture of the movie Casablanca pinned to the wall above the bed where he killed Jun Lin.

They pointed to a section of the classic film where it shows a map outlining a plan to fly to Paris. Police switched their focus and found that he had fled to the French capital. But they got there too late — he had left for Berlin.

There he surfed the web for news about himself in an internet cafe — and its owner recognised him. He contacted the police who instantly arrested Magnotta and extradited him to Canada. In December 2014 he was found guilty of first degree murder.

But the incredible saga has no neat ending for the sleuths. Deanna said: “What keeps me up at night is: were we complicit in Luka’s crimes? Maybe I did exactly what Luka wanted.

“Did we feed his narcissism to the point where he had to go forward, so much that he was pushed to do what he did? Did we feed the monster or did we create it?”

My chilling chat with Murderer

OF all the door knocks I’ve done in my career, that morning standing outside Luka Magnotta’s dingy hotel room was easily the most terrifying.

Inside was a man who had already murdered animals and boasted about it online. What more was he capable of? Was I going to be next – his first human victim? I swallowed hard and knocked. 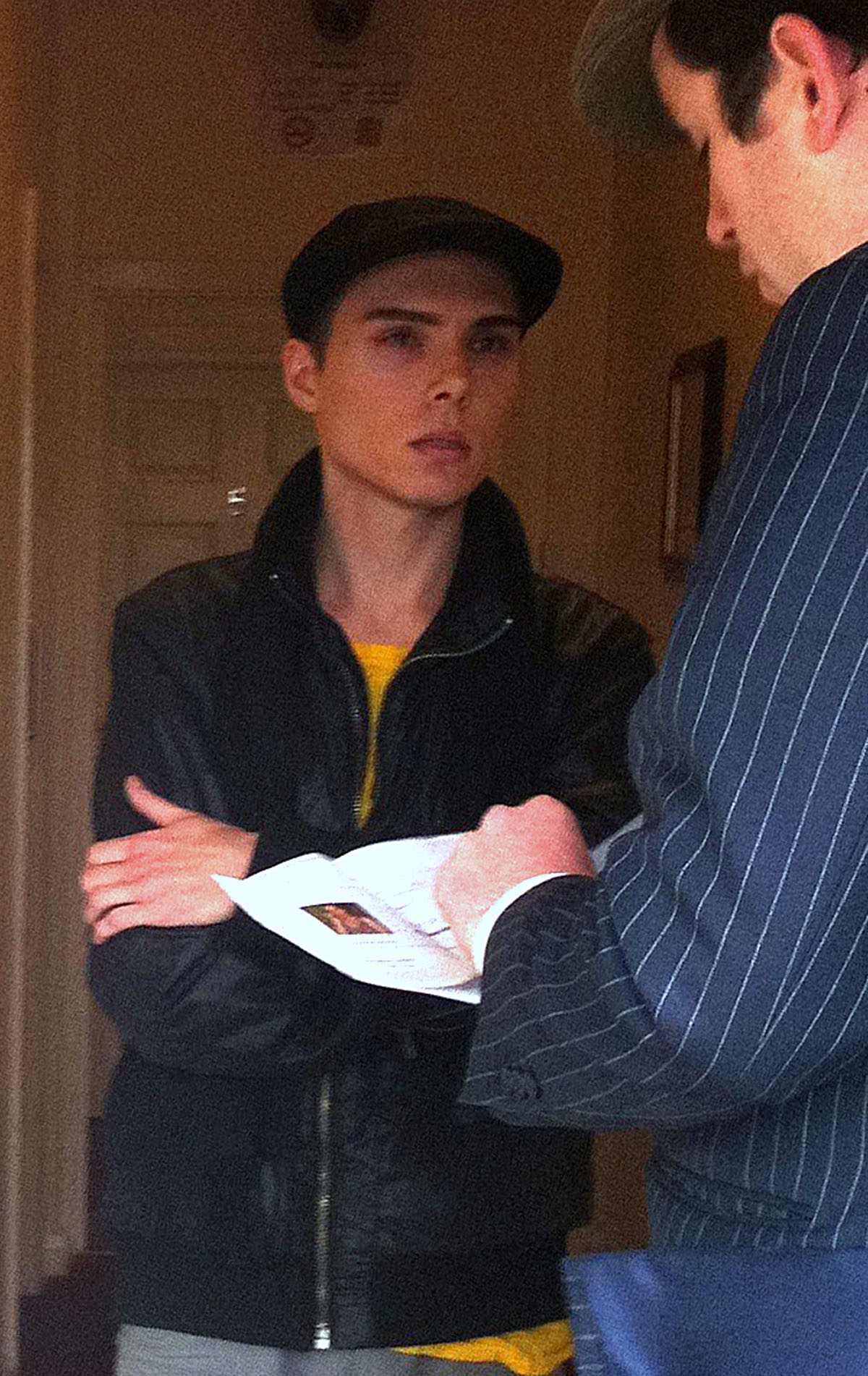 When he came to the door, he was wearing a flat cap, leather jacket and tracksuit bottoms. Bizarrely, he was also wearing blue eye shadow and foundation. His high-pitched voice was strained and he seemed anxious that I was quizzing him.

I looked into his eyes and felt he was hiding something. He was visibly squirming. Magnotta's Transatlantic accent seemed out of place as he stood at the door of the small, single-bed, £40-a-night hotel room in Wembley, North London.

He appeared, from his online pictures, to have all the trappings of wealth, yet the reality was grim. His language was also dark. Without any prompting, he claimed he did not want to be hunted down and killed.

I asked him about the videos online which allegedly showed him feeding a kitten to a python and suffocating another in a plastic bag. But unusually he wasn’t shocked by the questions. Instead he had what appeared to be a rehearsed answer.

He calmly denied it and said his lawyer told him not to speak about it. But he refused to let me speak to his lawyer or reveal who he was.

Was I going to be next – his first human victim? I swallowed hard and knocked

Photographer Simon Jones and I were both unnerved by his strange answers and manner. He claimed he did not want to be interviewed and was a private person – yet he has posted swathes of pictures and information about himself online.

I asked him about the snaps of him holding two kittens and what had happened to the animals. He refused to explain how he was parted from them and referred me to his “lawyer”.

His story didn’t add up – he couldn't give answers to questions. After 20 minutes of verbal chess I got a confession of sorts. I asked if he had received death threats for the videos he posted online of him killing the kittens. He replied yes.

When I asked if then he had killed the kittens, he said I was twisting his words. When I pointed to the pictures of him posing on the bedspread with the kittens – the same bedspread seen in the killing video – he changed his tune and said his picture had been digitally altered.

Neither me nor the photographer believed him and we left l feeling almost certain of his guilt. But there was no more we could do than report him to the police.

Two days later I received a sick email detailing horrific sex acts he planned to do on me. He also boasted he could not be caught and that the next time it would not be animals he would kill. The email was designed to scare me and make me feel uncomfortable.

But instead it made me feel anger that he was goading us when we had him by the scruff of the neck, and pity for the sad individual that he was. Above all, he struck me as a coward.