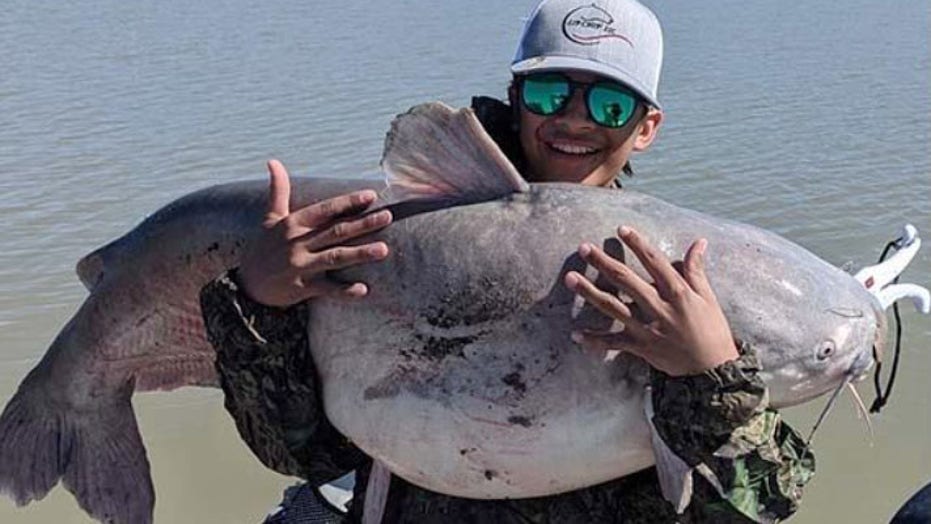 A teenager in New Mexico is being credited with catching a 55-pound blue catfish. While the fish’s weight is impressive, it hasn’t received an official score because of the way the weight was recorded.

The potentially record-breaking fish was caught by 13-year-old Alonso Ordaz, KOAT 7 reports. He reportedly caught the large animal while fishing on a lake in Elephant Butte.

Ordaz’s father told the news outlet that they weighed the fish using a scale on the boat and determined that it weighed 55-pounds. They then released it.

According to the New Mexico Game and Fish Department, the current state record for blue catfish is 54.25-pounds. If Ordaz’s scale was correct, his fish could have set a new record.

Unfortunately, since the fish was not weighed on an official state scale, making the fish ineligible for the state record. Ordaz released the fish after catching it.

This is not the first time an angler has lost out on a potential record due to not getting a fished weighed on an official scale.

Fox News previously reported that a father and son from Virginia recently reeled in a “monster” bluefin tuna that may have set a new record in the state. But while the anglers had trouble getting an accurate weight for the fish, they’ll still likely be able to brag about this catch for a while.

Josiah VanFleet caught the massive Bluefin tuna while fishing with his 9-year-old son, Zeke, off the coast of the outer banks in North Carolina.

Unfortunately, the official scales at the fishing center broken, meaning Josiah and Zeke couldn’t get a precise weight. Members of the Coast Guard, however, estimated the fish’s weight to be about 1,000 pounds. If accurate, it would be a record-breaker in North Carolina, as the current state record for Bluefin was set in 2017 at 877 pounds.