A NEW mum was left fuming after an “annoyed” M&S shopper left an angry note on her car accusing her of parking in a parent space without a baby.

Chloe Connolly, who is still recovering from a Caesarean, said she was “gobsmacked” by the confrontation, especially as she was taking her five-week-old son Avery on a shopping trip. 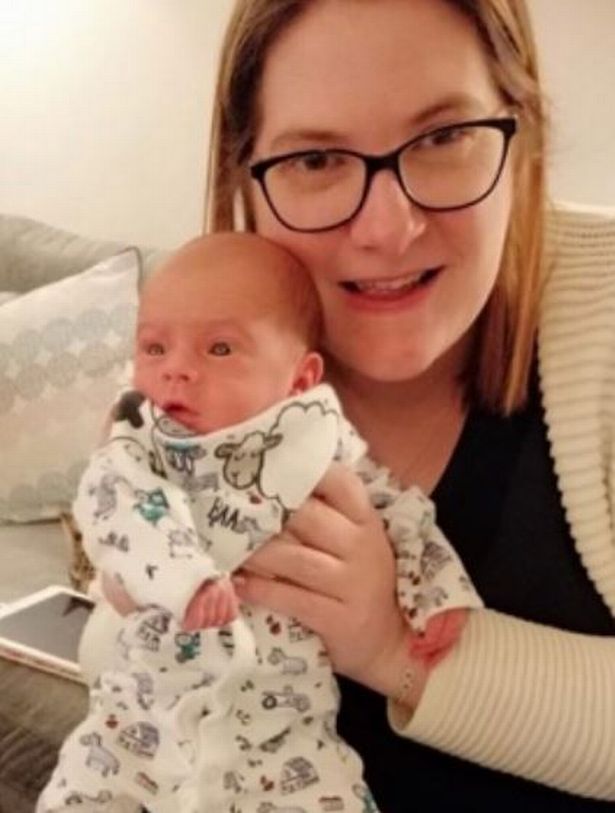 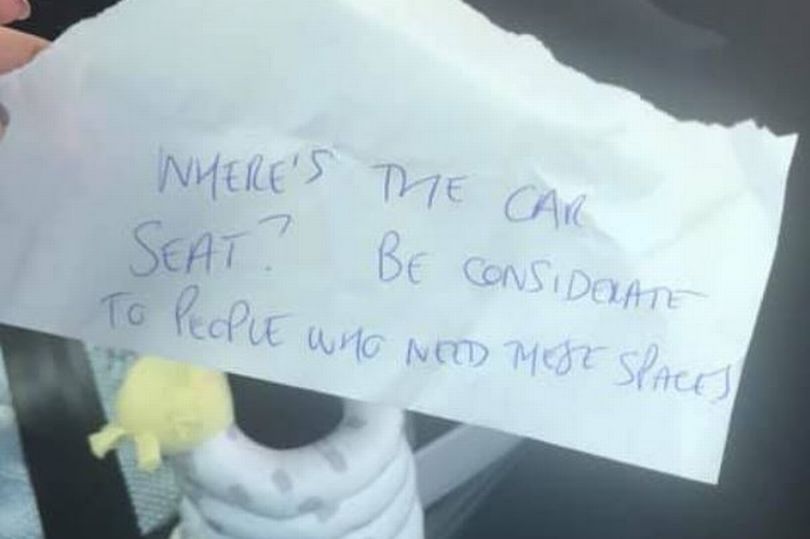 The new mum was visiting Tesco at the Handforth Dean retail park in Wilmslow, Cheshire, on April 7.

After the upsetting ordeal, she explained on Facebook that she’d “just experienced something I have never endured or would even think of doing to anyone.

“Visited Handforth Dean M&S today with my aunt who was driving as I am recovering from a C-section.

“We parked in a parent and child bay, unloaded baby etc and went about our shopping.

“We had bought a bit more than anticipated in Tesco, so whilst I was sorting some pictures at Max Spielmann in Tesco, before we went into M&S, my aunt took the things to the car.”

While her aunt was loading up the vehicle, “she was hassled by a woman demanding the parking space as she had no child.

“This woman turned on the waterworks despite my auntie telling her mother and baby were in the store.

“We got back to the car after doing our M&S shopping and having a spot of lunch to this lovely note!”

The torn-off note reads: “Where’s the car seat? Be considerate to people who need these spaces.”

Chloe continued on Facebook: “I shouldn’t have to justify myself but here is my car seat! My shopping and my pram wheels! If my car seat was in the car, what would my child have been in!”

The Manchester Evening News reports that Chloe, of Davenport, Stockport, shared her furious post with the Manchester Family Facebook page.

She repeated that she was “gobsmacked, as my auntie, who doesn’t have any children, has never parked in a parent and child spot in her life.

Chloe said that the woman had “started to cry saying she had driven around and couldn’t find a space. My auntie said there were lots of spaces further up, granted not parent and child, but plenty next to each other.”

Manchester Evening News says that many people responded to Chloe’s post, with one commenting: “Initial snap of perception and judgement without seeing the entire situation!”

Another posted: “I once parked my van in a parent and child place. As I got out a woman started having a right to at me.

“I told her to shut up and walked around to [the] passenger side of [my] van and got my daughter out. Her face was a picture.” 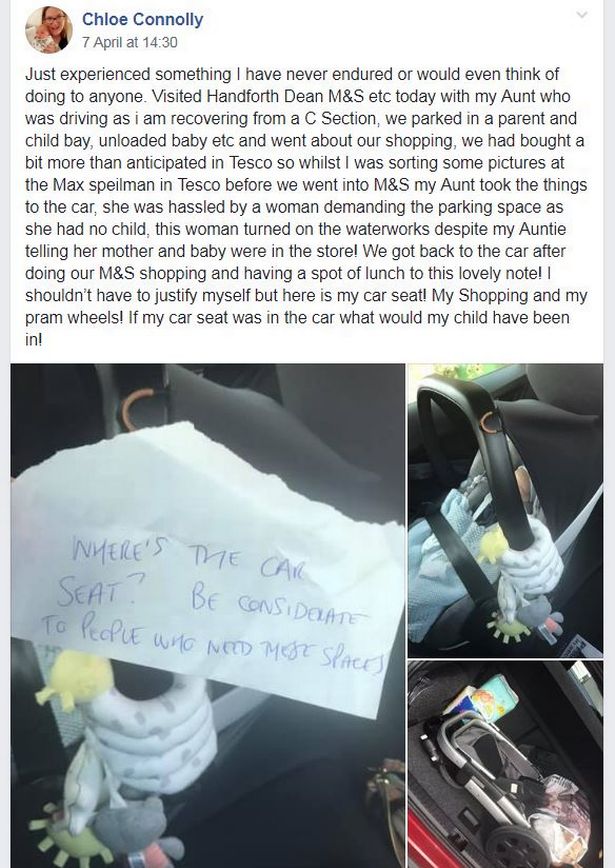 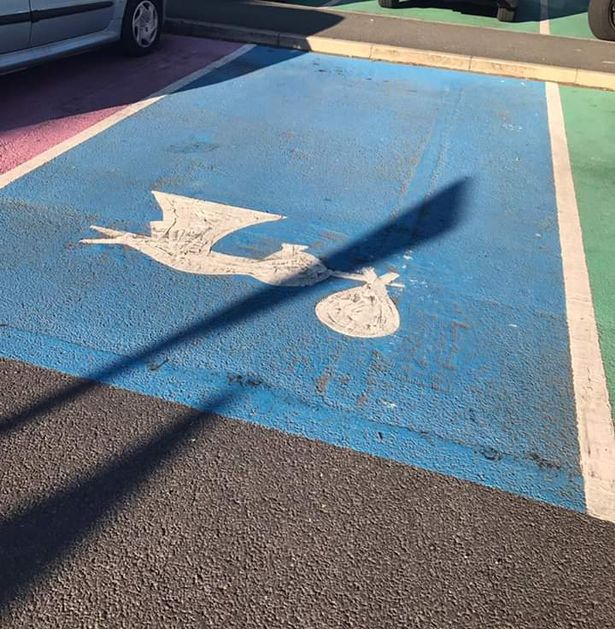