A child born to a woman with the coronavirus in China tested negative today for the respiratory disease after scientists expressed concern that the disease could be passed on in the womb.

Medical workers at the Hospital of Xi’an Jiaotong University in Xi’an, the capital of China’s northwest Shaanxi Province, delivered the baby girl today, according to reports.

After she tested negative, the baby was pictured being taken from its infected mother by medical workers and discharged from hospital.

Scientists remain split on whether the virus can be transferred to an infant in the womb. 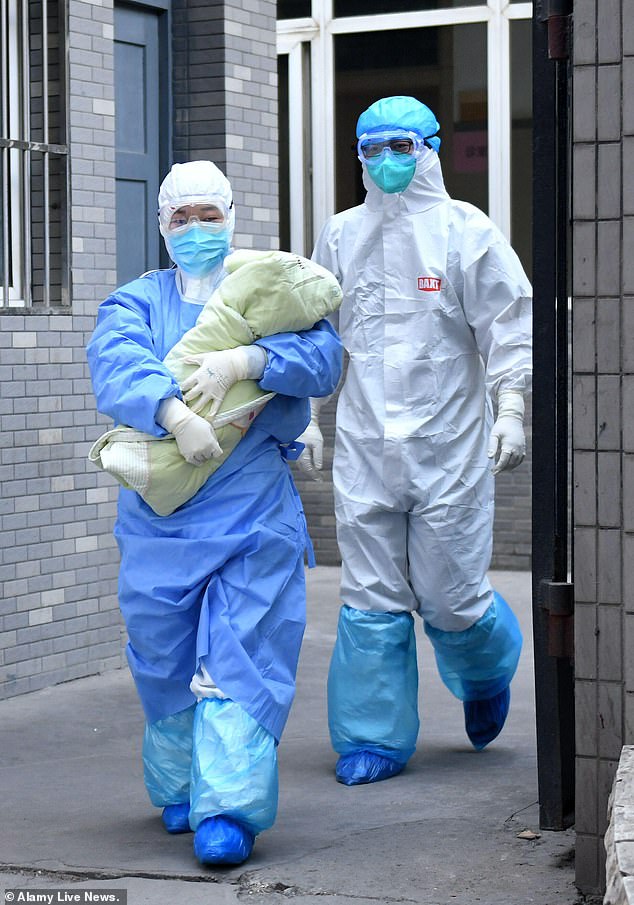 Medical workers are pictured carrying the baby girl, born to a Chinese mother with coronavirus, who is not infected, in China’s Shaanxi Province, today 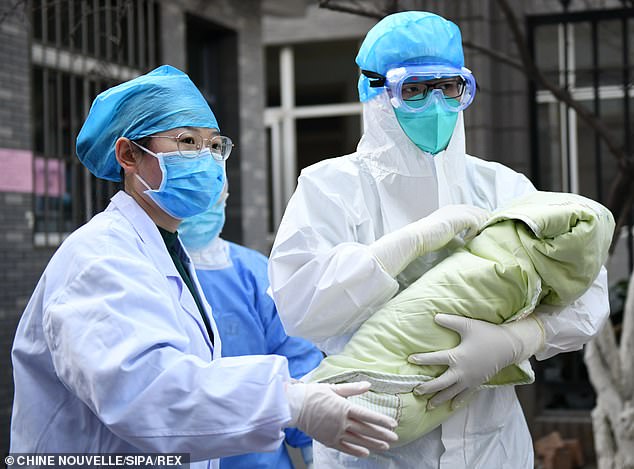 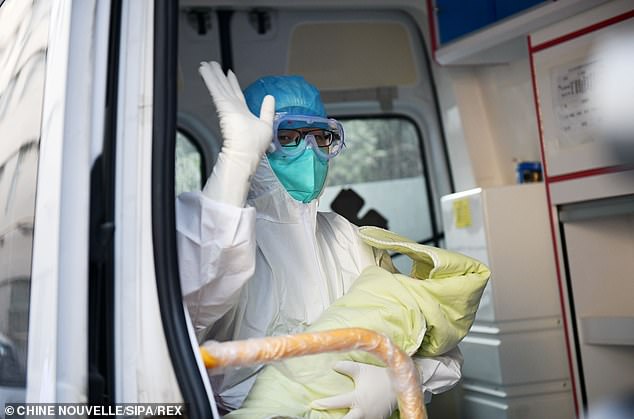 Since the outbreak in December last year, very few infants have been affected by the killer disease, formally known as COVID-19.

Earlier this month, a Chinese baby was born to a Wuhan coronavirus patient and was subsequently diagnosed with the illness, which causes respiratory problems and can cause death, 30 hours after being delivered.

The infected child, whose gender was not revealed at the time, was born in the epicentre of the break out, Wuhan on 2 February. Its mother had been confirmed to have the coronavirus before going into labour. 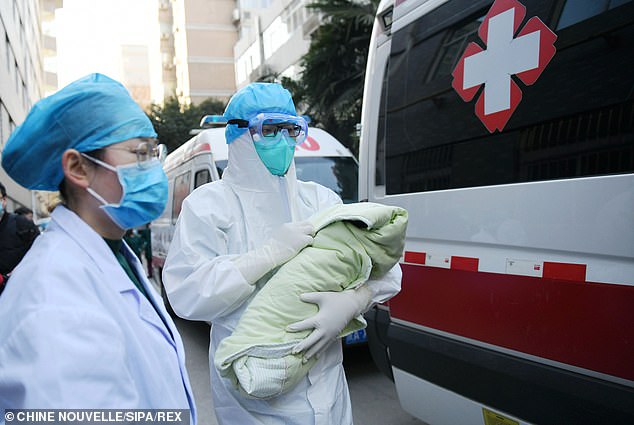 Medics gave the baby a test 30 hours later and the result turned out to be positive.

The baby was then transferred to the Wuhan Children’s Hospital, which was appointed by the government to treat all infected children.

The baby’s condition was stable at the time and it was being closely monitored, the hospital announced through a post on its official social media account.

‘This reminds us to pay attention to a potential new transmission route of the coronavirus – vertical transmission from mothers to babies,’ said Dr Zeng Lingkong, chief physician from the hospital’s Department of Neonatal Medicine.

The newborn is one of the two babies that have been found to carry the coronavirus by Wuhan Children’s Hospital.

Another 17-day-old baby was found to be sickened after being born healthy on January 13. 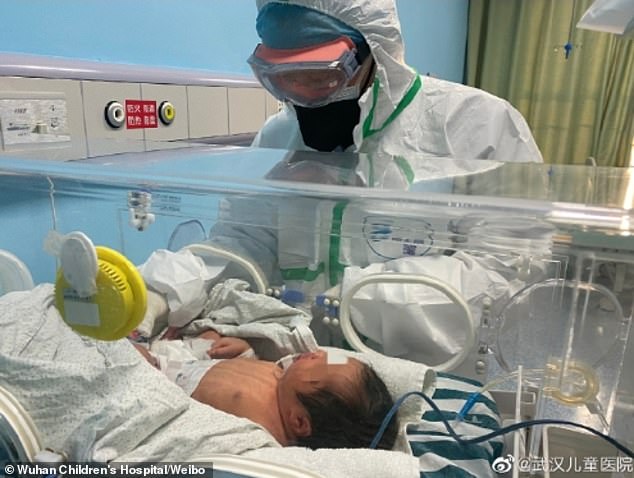 A handout picture released by Wuhan Children’s Hospital shows a medical worker donning a hazmat suit looking after the baby, who was diagnosed with the new coronavirus in early February

The hospital said its family hired a wet nurse to look after it on January 22, but the wet nurse was diagnosed with the disease shortly after.

The baby’s mother was found to have the coronavirus on January 26 and the baby started to cough and develop a fever three days later.

The child was diagnosed with the virus on January 31 after doctors gave it a series of medical checks. 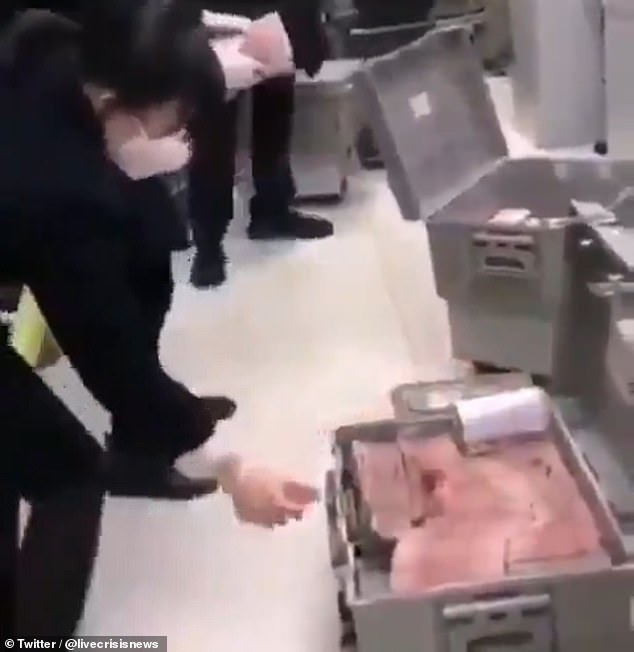 China has today started disinfecting and isolating used banknotes in an effort to stop the spread of the coronavirus (Covid-19) that has killed 1,527 people. Pictured is a woman spraying banknotes during a previous quarantine

Medics are yet to confirm if the baby had caught the virus from its mother or its wet nurse.

The virus, which has infected 66,492 people in China and spread to more than two dozen other countries, has sparked a rush to disinfect public places and minimise contact between people.

Today, Chinese banks were filmed disinfecting bank notes and placing them in quarantine due to fears of contamination.