‘Sleepy Joe wakes up America’: Newspapers around the world welcome Trump’s defeat and warn of foreign policy challenges with Biden

After four days of anxious anticipation, the results of the US presidential election finally hit newstands around the world on Sunday morning as media outlets praised Donald Trump’s defeat while warning of foreign policy changes to come under Joe Biden.

‘A new dawn for America’, read the headline of The Independent in Britain, showing a photo of Biden standing next to Harris and noting her historic achievement.

The Sunday Times went with a picture of a Black woman draped in the US flag and the headline: ‘Sleepy Joe wakes up America’, taunting Trump with his own derogatory nickname for Biden.

And the left-leaning Observer went simply with ‘It’s Joe’ over an image of the smiling Democrat. 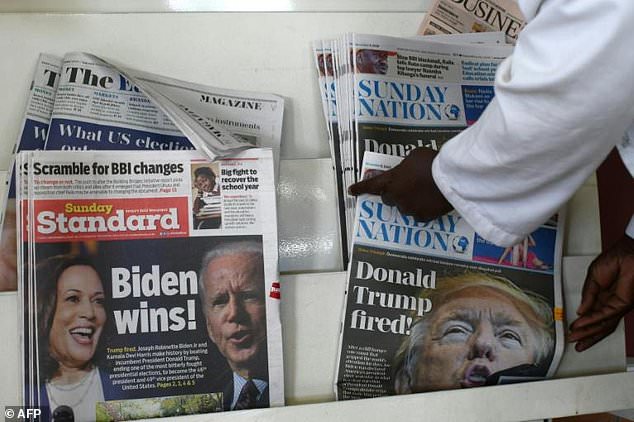 After four days of anxious anticipation, the results of the US presidential election finally hit newstands around the world on Sunday morning as media outlets praised Donald Trump’s defeat while warning of foreign policy changes to come under Joe Biden. Pictured: Newspapers are arranged on a shelf in Kenya on Sunday morning

Germany’s mass-market Bild newspaper carried a photo of Trump with the headline: ‘Exit without decency’.

‘What a liberation, what a relief’, said the left-leaning Sueddeutsche Zeitung broadsheet.

But it noted that Biden ‘inherits a heavy burden’ like nothing faced by his predecessors, and warned that Trump accepting defeat was ‘unthinkable’.

In Australia, the Daily Telegraph tabloid owned by Rupert Murdoch’s media empire also focused on Trump’s expected defiance against ‘a foe he perceived to be feeble and barely worth turning up to fight’.

Iran’s ultraconservative papers celebrated the downfall of Trump, a leader who has applied ‘maximum pressure’ and punishing sanctions since his 2018 withdrawal from a landmark nuclear agreement.

Another theme was the false claim of voter fraud with the ultraconservative Vatan-e Emrooz, seemingly before the Biden win was announced, headlined on ‘The graveyard of democracy’, and focused on false allegations.

Similarly, Egypt’s government daily al-Akhbar used a long editorial to zero in on the – unfounded – ‘violations’ of fraudulent voting, and said that ‘it is time for the United States to stop giving us lessons in democracy’.

In Saudi Arabia, the only Gulf country yet to comment on the result, pro-government online newspaper Okaz wondered if Biden would persist with Trump’s close ties to the kingdom.

The kingdom’s pan-Arab Asharq al-Awsat paper urged Biden to continue a ‘period of economic prosperity and stability in security’ for the Middle East.

One pro-government newspaper, Sabah, did not even report on Biden’s victory until page 10, with an opposition daily also running one small front-page election story.

Brazil’s leading media outlets reported Trump’s defeat in the context of its own populist leader, Jair Bolsonaro, who has similarly sought to diminish democratic institutions and reject science-based facts. 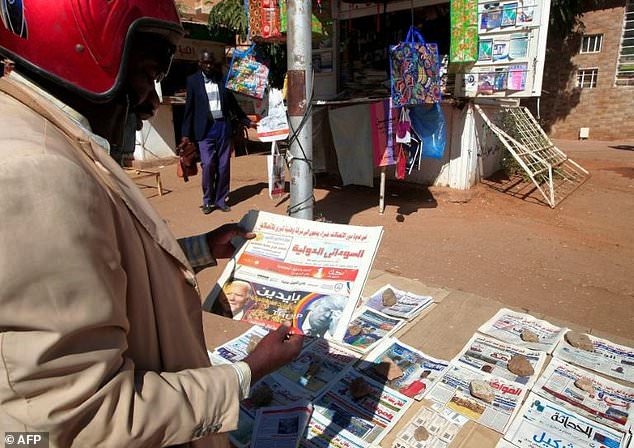 ‘Trump’s defeat punishes the attacks against civilisation, it is a lesson for Bolsonaro,’ wrote Folha de Sao Paulo, one of Brazil’s major daily newspapers.

‘May Brazil’s leaders seize the spirit of the times – or die, like Trump.’

Spain’s center-right El Mundo newspaper said Biden’s win was a goodbye to Trump’s populism, and described Harris as a ‘symbol of renewal’.

It described Biden’s vow of a return to normalcy as ‘mission impossible’ in a ‘deeply divided country’. 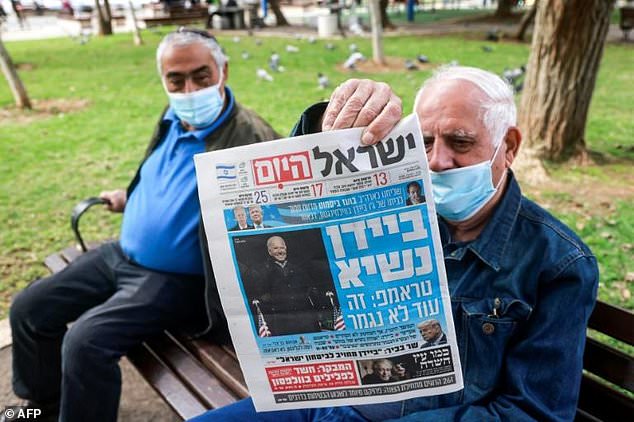 Conservative Svenska Dagbladet daily warned of the dangers posed by the millions of Americans who will continue to believe Trump’s rhetoric of a stolen election.

‘Election is over – but conflict continues,’ read its headline.

On a lighter note, the Ayrshire Daily News, whose patch covers the Trump Turnberry golf course in Scotland, took a more local look at the result.