Scoring is up, but overs aren't money

A quick look at Wednesday's NHL scoreboard tells you a lot about the current state of the NHL. The Buffalo Sabres defeated the Columbus Blue Jackets by a score of 9-4. The Edmonton Oilers found the net eight times in an 8-2 victory over the Arizona Coyotes. The San Jose Sharks and Vancouver Canucks played a 6-5 overtime thriller. The Calgary Flames beat the Minnesota Wild by a score of 5-3 in a fun back-and-forth affair.

This season, the NHL is averaging 6.42 goals per game. That's up from the 6.28 we saw last year. This is highest number of goals per game since the 1993-94 season. Wayne Gretzky led the league in points that season. It's been a while.

One might think all of this means that overs have been a solid bet to open the NHL season. Surprisingly, that's not the case. Through the first 416 games of the season, we've seen 199 overs, 199 unders and 18 pushes on the total. A .500 record isn't nearly good enough to turn a profit when betting sports.

When handicapping an NHL game to go over the total, you should usually look to target a team that can score but will also concede goals. The easiest path to cashing an NHL over is a game where you think both teams can reach at least three goals. Sure, you can cash the over in a lopsided game that finishes with a score of 6-1. However, you're much more likely to see goals in close games, where goaltenders get pulled late for extra attackers and potential empty net goals.

Which teams have been good to over bettors this season?

Fresh off a 9-4 win on Wednesday night, it's no surprise to see the Buffalo Sabres on this list. So far, the over is 15-9 in Sabres games this season. When you look at this team, it makes perfect sense. It's a young team littered with talented players like Tage Thompson, Alex Tuch, Jeff Skinner and Rasmus Dahlin. They score on average four goals a game.

However, they're also allowing 3.69 goals a night. That ranks bottom five in the league. Their goalies are stopping just 88.5% of shots they face, well below league average. With Eric Comrie injured, the Sabres are relying on 41-year old Craig Anderson and rookie Ukko-Pekka Luukkonen between the pipes. Goals have been aplenty on both sides of the ice in Sabres games. 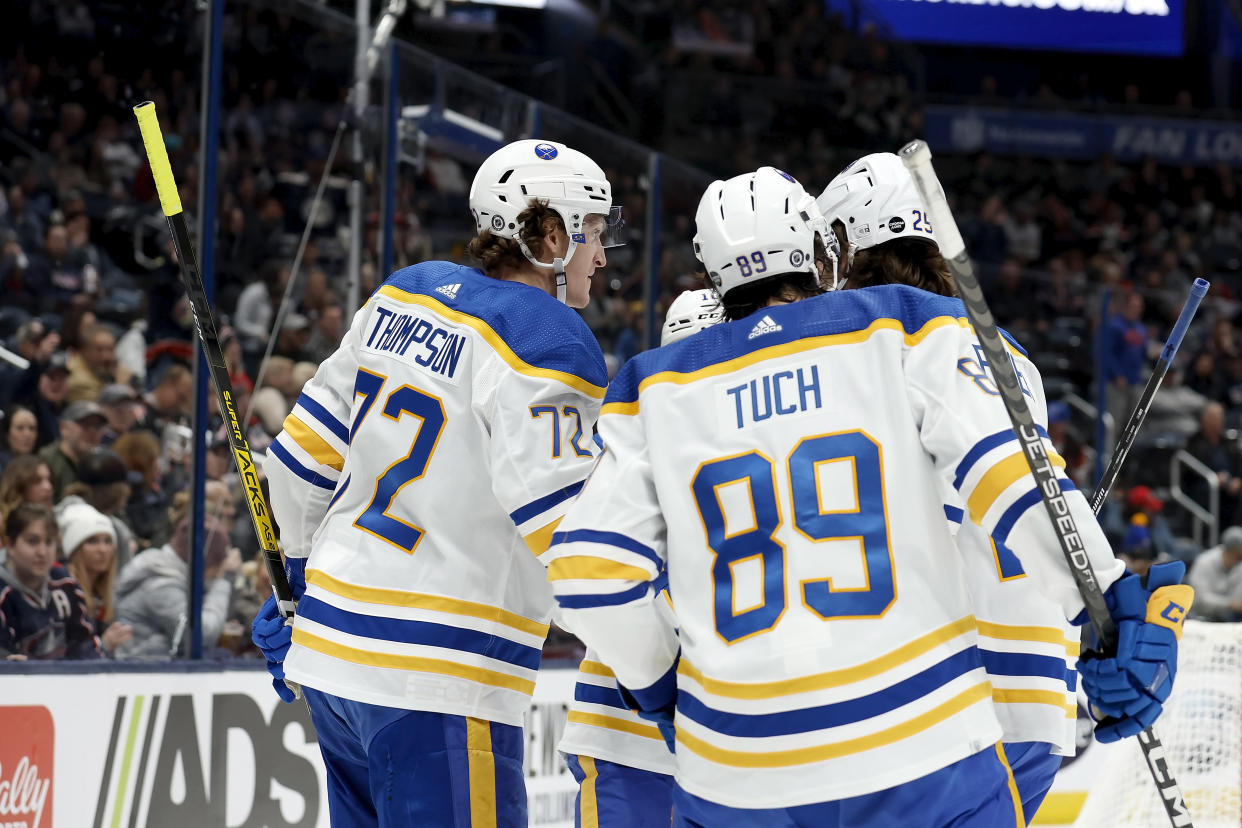 Florida led the NHL in goals last season, scoring an average of 4.11 goals per game. They are outside of the top 10 this year, scoring just 3.42 goals a night. Despite that, Panthers games are 16-8 to the over this season. The equation for Florida this season has been simple, bet the over when they start Sergei Bobrovsky. Bobrovsky is giving up over 3.7 goals per game and stopping just 88% of shots. The team's other goalie, Spencer Knight, is giving up 2.6 goals a night and stopping nearly 92% of shots. For some reason, the Panthers are splitting the goalies' games relatively evenly. As long as they do that, bet the over in games started by Bobrovsky and maybe stay away when Knight is between the pipes.

Blues' goaltender Jordan Binnington took the NHL world by storm when he stepped in and won the Stanley Cup in 2019. Since then, Binnington has been at best an average NHL goaltender. This year, he's been bad. Binnington is stopping just 88.9% of the shots he's facing and giving up nearly 3.5 goals a game. Offensively, the Blues are doing enough, scoring over three goals per game. As a result, overs are 16-8 in Blues games.

The Los Angeles Kings have the worst team save percentage in hockey, stopping just 88% of the shots thrown at their net. As a result, they're giving up over 3.5 goals a game. Thankfully, their offense has kept them afloat as they rank top 10 in goals. That combination has resulted in overs going 17-9 in Los Angeles games so far this season.

New season, same questions with the Edmonton Oilers. We know they can score with MVP favorite Connor McDavid and Leon Draisaitl forming the best duo in the league. The Oilers signed Jack Campbell to solve their goaltending issues, and that hasn't worked. They're giving up over 3.5 goals a night so far this season, and Campbell has lost his grip on the starting job. Oilers' games are 14-9 to the over.

Most people like rooting for goals, so they lean toward betting overs. However, you can always bet the other side and take the under. Which teams have been playing the most under games so far this season?