A woman who was weeks away from giving birth when she murdered highly-regarded greyhound trainer Karen Leek has pleaded guilty but could dispute some evidence against her.

Jessie Moore, 25, on Friday pleaded guilty to her aunt’s murder as she appeared before Melbourne Magistrates Court via a video link from prison. 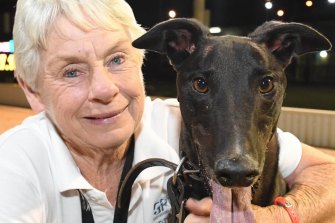 Moore murdered Ms Leek at her aunt’s rural property in Devon Meadows, south-east of Melbourne, on May 25 last year. The 69-year-old’s body was discovered the next day.

Moore, formerly of Berwick, was heavily pregnant when arrested in early June and was due to give birth about a week after she was charged. There has been no mention of her baby at subsequent court hearings.

Defence counsel Sally Vardy on Friday said there was an issue with some of the evidence against her client and that her plea hearing could be a contested one, where lawyers dispute some parts of the case.

Ms Vardy said the area of dispute could be resolved through written submissions filed to the Supreme Court. 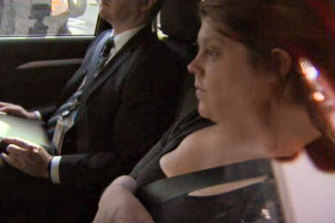 Jessie Moore after her arrest.Credit:Nine News

Magistrate Kieran Gilligan refused to release a summary of the evidence against Moore to the media.

Moore, who sat calmly, dressed in a white T-shirt, was remanded in custody to appear before the Supreme Court next month for a directions hearing, where a date for her plea hearing will be set.

Ms Leek was described as one of the most respected people in the greyhound racing industry, who was well known for her success as a breeder, rearer and trainer.