AT least 43 farmers and fisherman have been savagely butchered and beheaded by armed men on motorcycles who were suspected Islamist militants in Nigeria.

The workers had been tied up before having their throats slit in the horrific in Borno state in a weekend of killing that has left at least 110 dead. 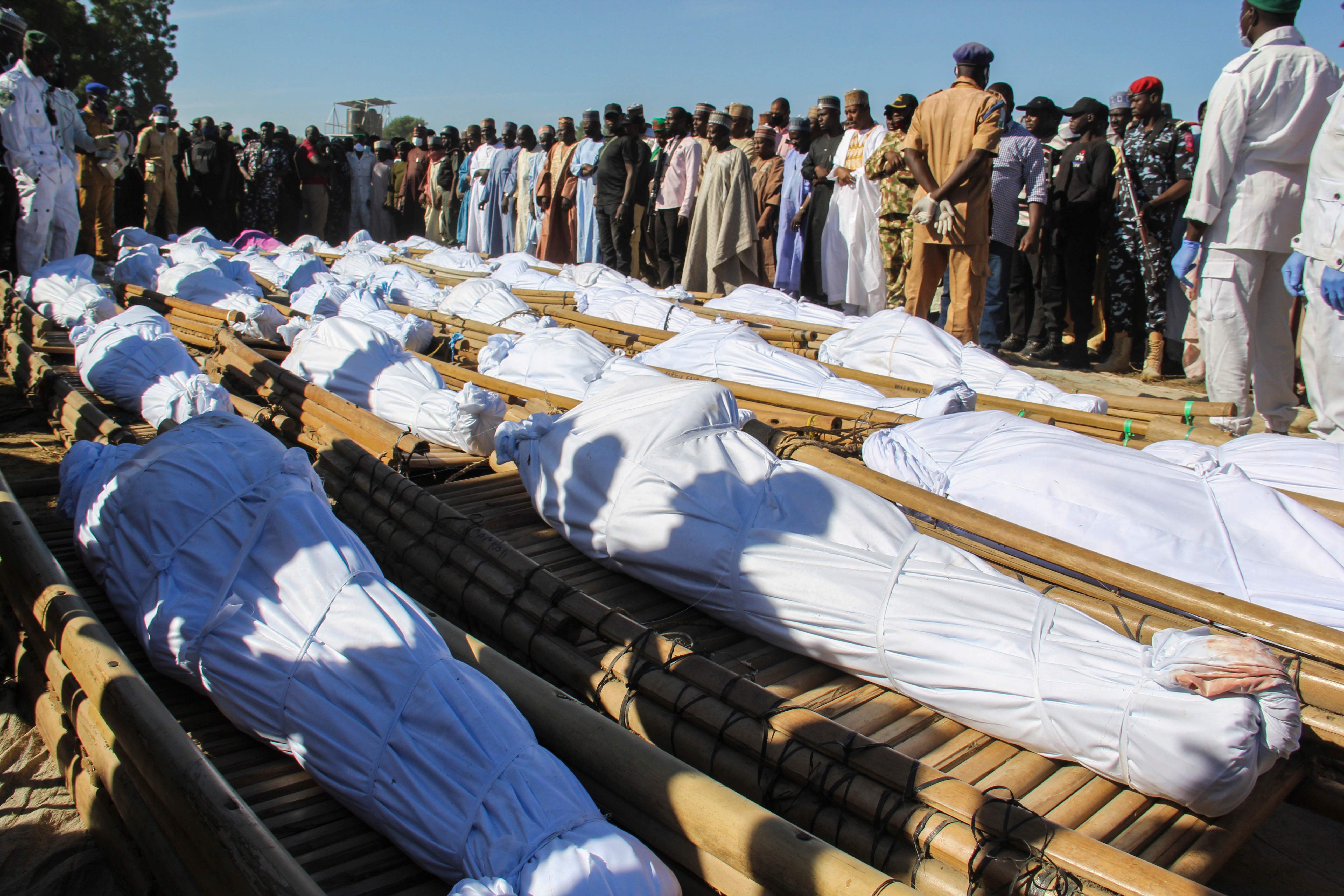 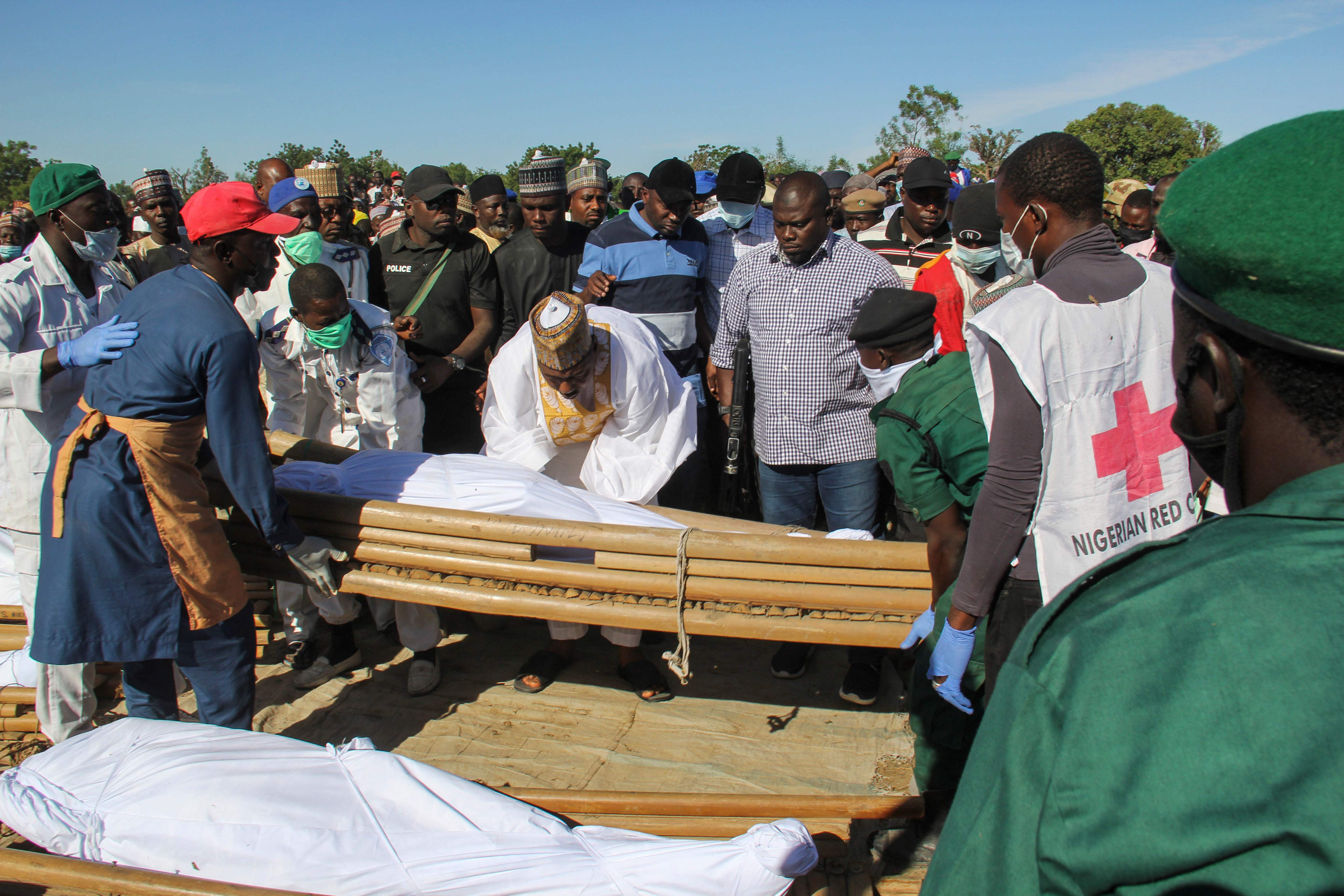 The attack is believed to have been blamed on the Boko Haram jihadist group left at least 110 dead, the UN humanitarian coordinator in the country said today.

Edward Kallon said in a statement, after initial tolls indicated 43 and then at least 70 dead from yesterday’s massacre by suspected Boko Haram fighters.

He said: "At least 110 civilians were ruthlessly killed and many others were wounded in this attack.

"The incident is the most violent direct attack against innocent civilians this year.

"I call for the perpetrators of this heinous and senseless act to be brought to justice."

The bloodletting centred on the village of Koshobe near the Borno state capital Maiduguri, with the killers targeting farm workers on rice fields, with a pro-government anti-jihadist militia saying the assailants tied up the labourers and slit their throats.

Kallon said the assailants — "armed men on motorcycles" — also targeted other communities in the area.

Borno Governor Babaganan Umara Zulum attended the burial today in the nearby village of Zabarmari of 43 bodies recovered yesterday, saying the toll could rise after search operations resumed.

The entire country has been wounded by these senseless killings

The victims included dozens of labourers from Sokoto state in northwestern Nigeria, roughly 600 miles away, who had travelled to the northeast to find work, it said.

Six were wounded in the attack and eight remained missing as of yesterday.

Kallon, citing "reports that several women may have been kidnapped", called for their immediate release.

He said: "The entire country has been wounded by these senseless killings."

The attack took place as voters went to the polls in long-delayed local elections in Borno State.

The polls had been repeatedly postponed because of an increase in attacks by Boko Haram and a rival dissident faction, the IS-affiliated Islamic State West Africa Province (ISWAP).

The two groups have been blamed for increasing attacks on loggers, farmers and fishermen whom they accuse of spying for the army and pro-government militia. 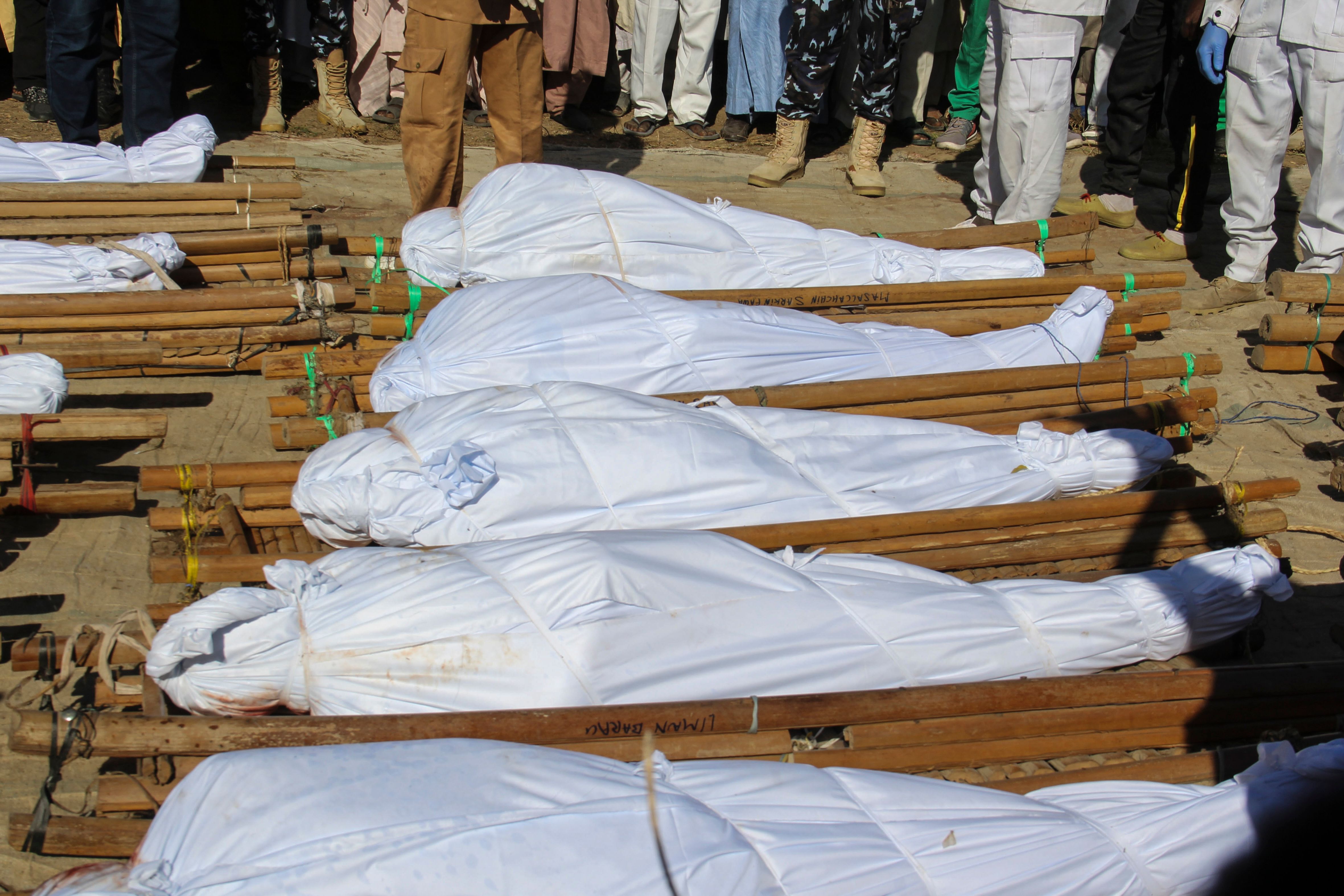 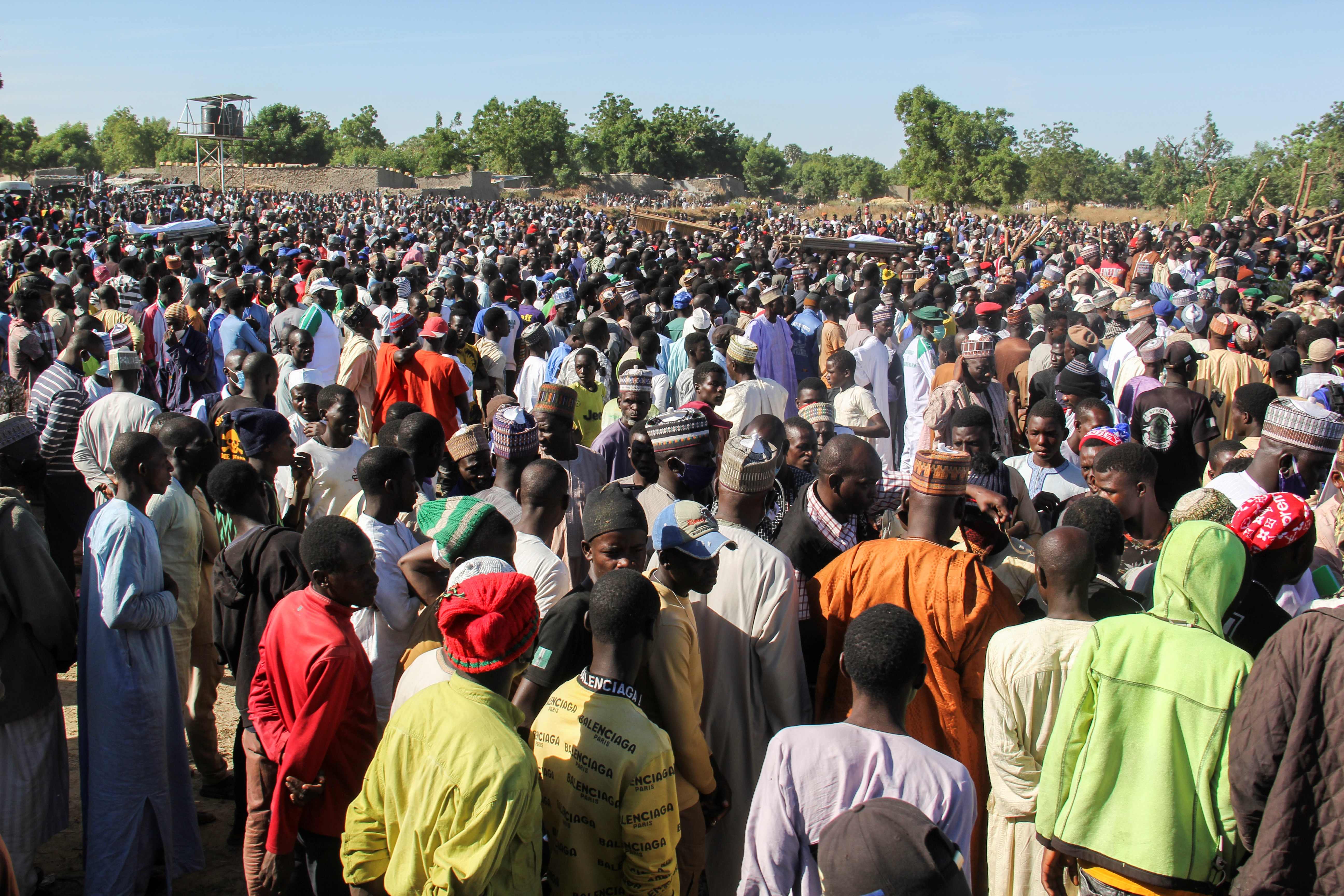 At least 36,000 people have been killed in the jihadist conflict, which has forced around two million people to flee their homes since 2009.

The violence has also spread into neighbouring Niger, Chad and Cameroon, prompting a regional military coalition to fight the militants. 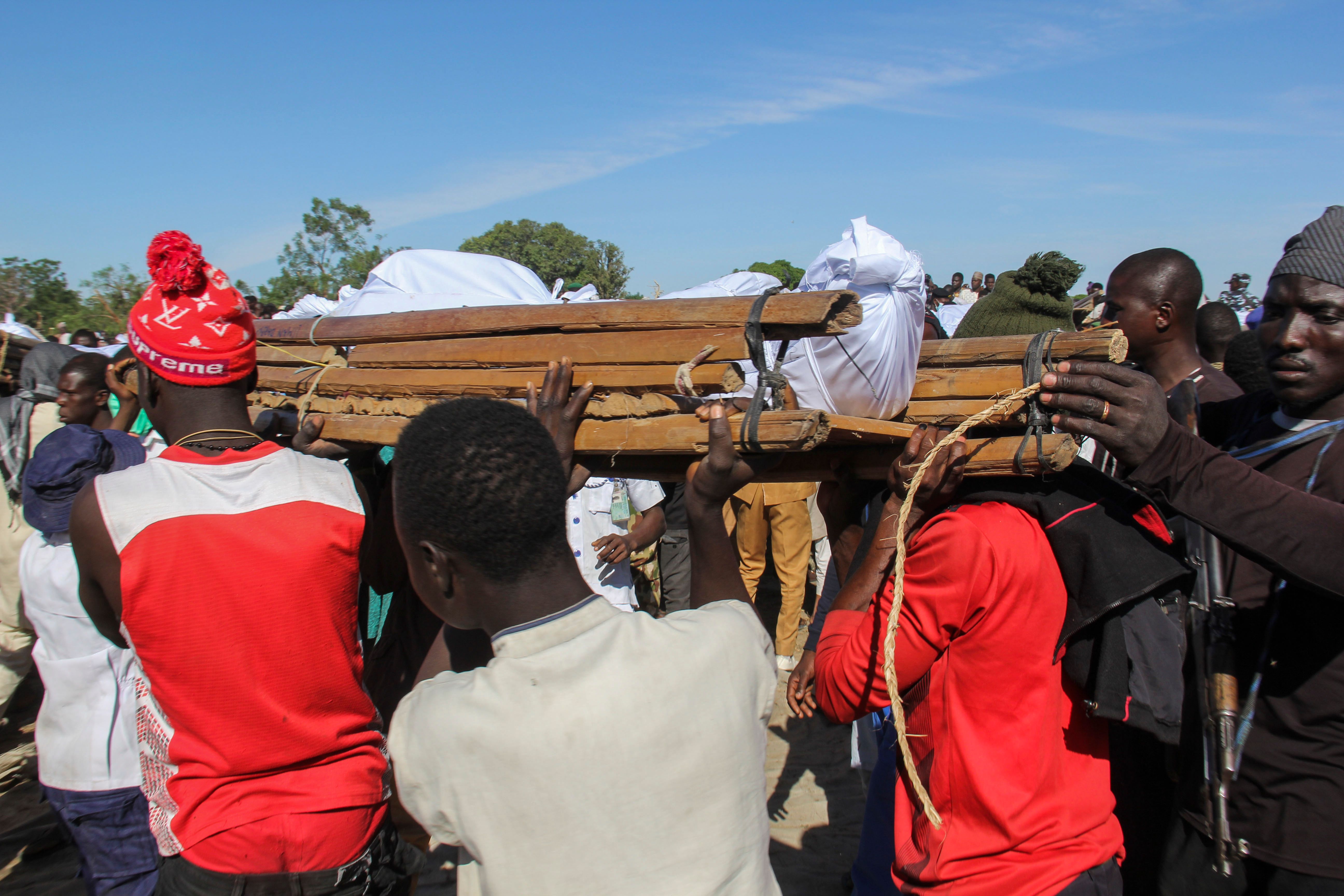 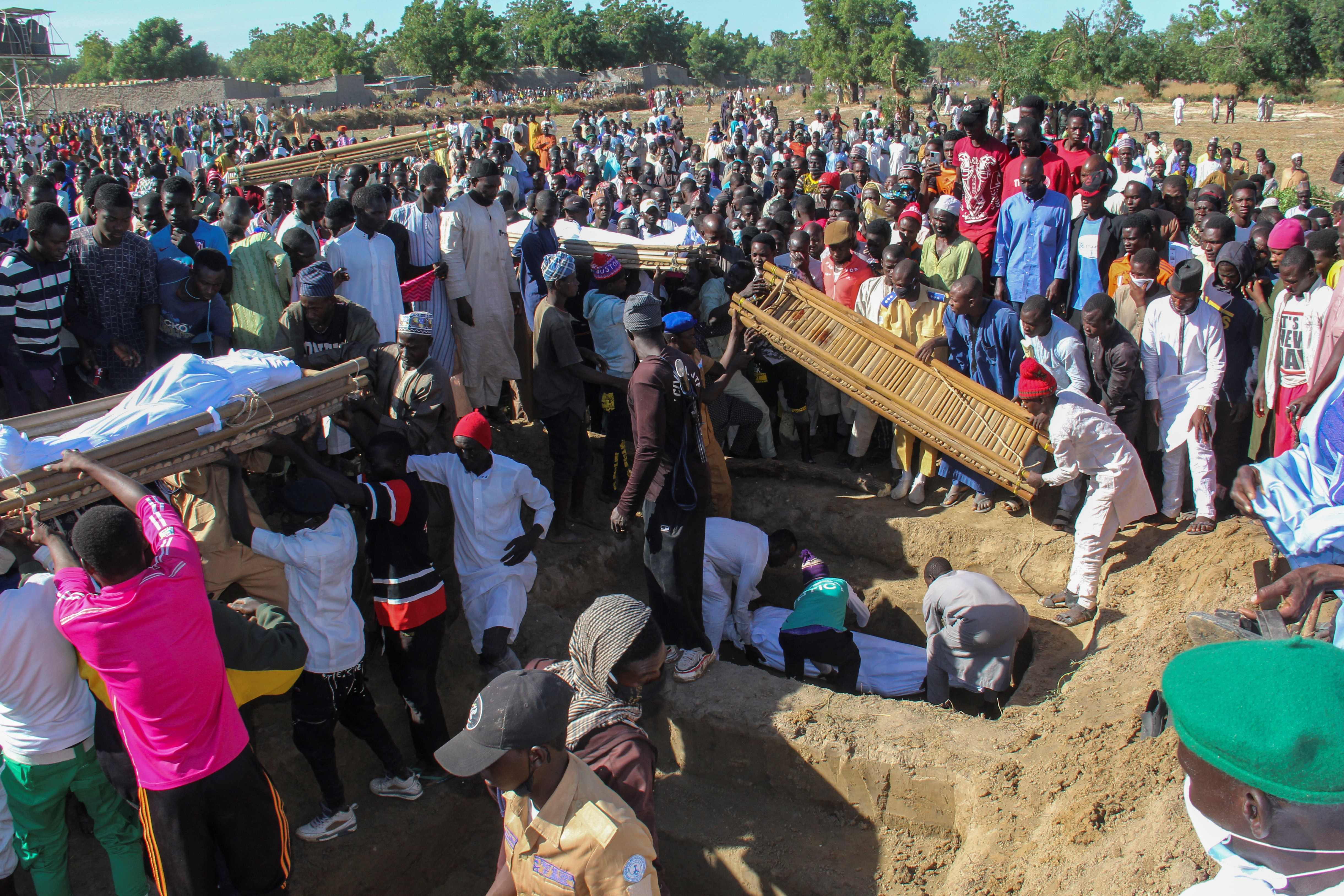