ABUJA (Reuters) – Nigeria’s incumbent President Muhammadu Buhari extended his early election lead on Tuesday based on official results from a third of the country’s districts as the death toll from sporadic poll-related violence rose to 47. 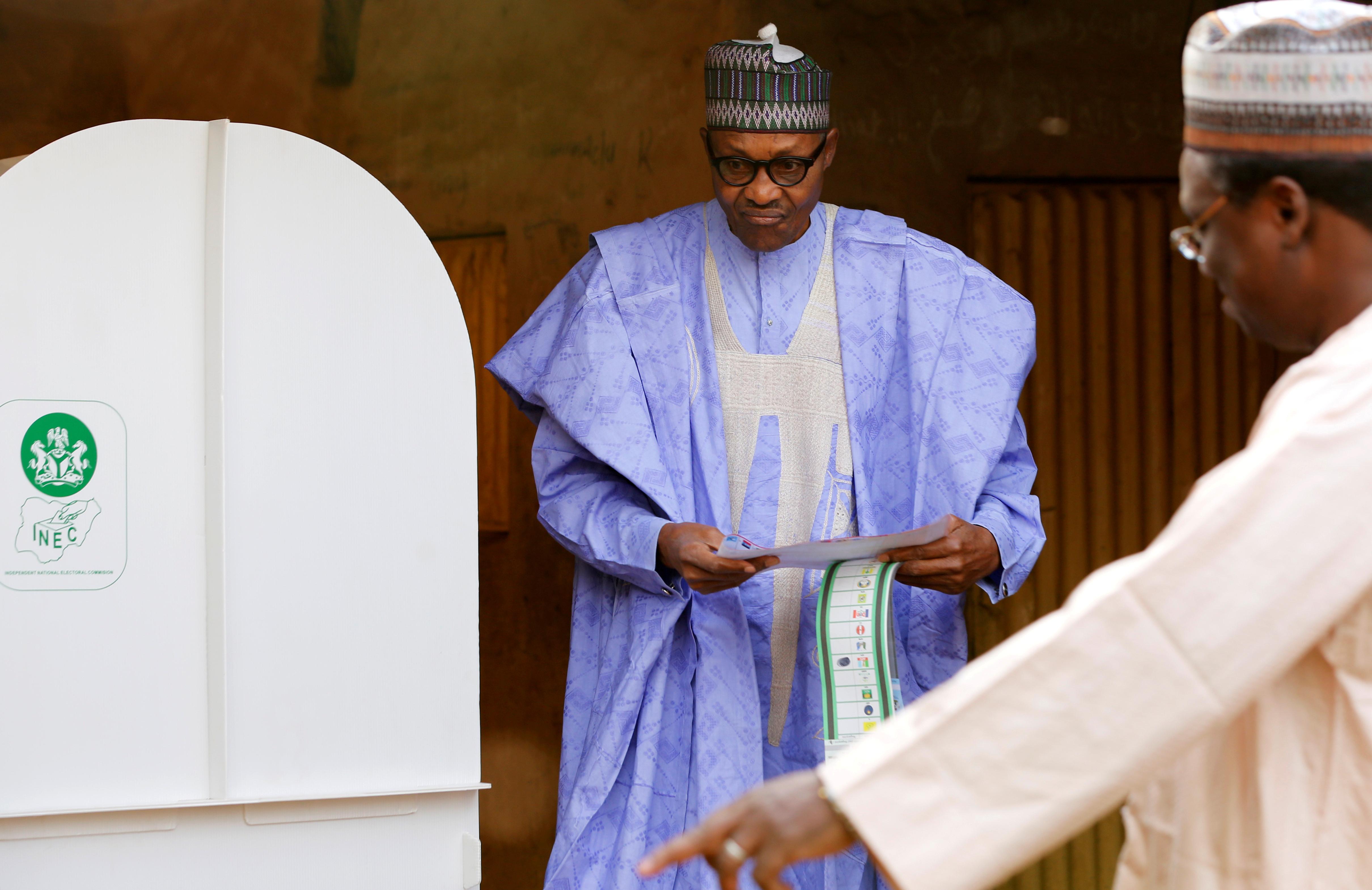 Provisional results announced in state capitals but not yet confirmed by the election commission showed Buhari on course to taking a commanding lead over his main rival, businessman and former vice president Atiku Abubakar.

Atiku’s party has rejected the tallies thus far as “incorrect and unacceptable”. Buhari’s party said the opposition was trying to discredit the returns from Saturday’s election.

Observers from the Economic Community of West African States, the African Union and the United Nations appealed to parties to wait for the results, expected later this week, before filing complaints.

Voting took place on Saturday after a week-long delay which the election commission said was due to logistical problems.

But the event – Africa’s largest democratic exercise – has been marred by violence in which 47 people have been killed since Saturday, according to the Situation Room, a monitoring organization linking various civic groups.

Some of the deaths came about after gangs allied to either of the leading parties clashed with each other and police over theft of ballot boxes and vote fraud. Police have not yet provided casualty figures.

More than 260 people have been killed in total since the start of the campaign in October. The toll is lower than in previous elections but in the past, the worst unrest broke out after results were announced.

but it is struggling to emerge from a 2016 recession and corruption is rife. A decade-old Islamist insurgency has disrupted life in the northeast and killed thousands of people, many of themn civilians.

Buhari, 76, is a former military ruler seeking a second term with pledges to fight corruption while overhauling the country’s creaking road and rail network.

Atiku, 72, says he will aim to double the size of the economy to $900 billion by 2025, privatize the state oil company and expand the role of the private sector.

Initial results released by the Independent National Electoral Commission so far put Buhari in the lead, with victories in 10 of Nigeria’s 36 states.

The commission said Atiku had won in seven states and the capital, Abuja, which is not a state but treated as a separate electoral district.

Buhari was leading Atiku by 52 percent to 44 percent, according to a Reuters tally based on available commission figures.

In provisional results announced in state capitals but not yet confirmed by the commission, Buhari had won six states to Atiku’s four.

The candidate with the most votes nationwide is declared winner as long as they have at least one-quarter of the vote in two-thirds of Nigeria’s 36 states and the capital. Otherwise there is a run-off.

A calm reaction to the election result could open a new chapter in the turbulent political history of Nigeria, where nearly six decades of independence have been marred by long periods of military rule, coups, secessionist wars, and endemic corruption.