Negotiators for the two countries met for about three hours Tuesday in Istanbul, Turkey. Russia then said its military was scaling back operations around the capital of Kyiv – but U.S. and Ukrainian officials say missile attacks on the city continue unabated.

Peskov said the Kremlin will not discuss issues that are "substantially on the negotiating table." He said social media postings by representatives of Ukraine, including those not involved in the talks, do not contribute to successful negotiations.

Peskov also dismissed a Ukrainian proposal to negotiate the status of the Crimean Peninsula over the next 15 years.

Ukrainian President Volodymyr Zelenskyy said there was no reason to believe Russia’s announcement that it would reduce military activity near Kyiv and the northern city of Chernihiv, given what’s still happening on the ground.

“We can call those signals that we hear at the negotiations positive,” he said in his nightly video address to the Ukrainian people. “But those signals don’t silence the explosions of Russian shells.”

UKRAINE-RUSSIA CRISIS: The latest updates on the situation in Ukraine. Sign up here.

►A meeting between President Joe Biden and Russian President Vladimir Putin is possible only after a significant de-escalation in Ukraine, White House Director of Communications Kate Bedingfield said Tuesday. Biden said Monday a meeting was possible "depending on what he (Putin) wants to talk about."

►Germany’s economy minister Robert Habeck said Wednesday that he was triggering the early warning level for gas supplies amid Russia’s continued demand to be paid in rubles.

►The U.S. State Department renewed its Level 4 travel advisory to Russia and Ukraine, warning Americans may be singled out or detained by Russian officials if they travel there.

►Asian stock markets followed Wall Street higher on Wednesday after the latest round of peace talks.

Estonia wants to rebuild Ukraine with funds for Russian energy

Estonia wants Europe to help build Ukraine – with the money Europe is set to pay Russia for its energy. The funds should be deposited in a bank to Ukraine "to make an immediate impact and make Russia pay for what has been done," Estonian Foreign Minister Eva-Maria Liimets said Wednesday.

But there is also concern that Russia could reject any delayed payment and sell to other nations. European Union leaders have been unable to impose sanctions on Russian energy exports, fearing that such a move could hurt member states heavily reliant on Moscow's fossil fuel supplies.

Liimets also stressed the importance of the EU’s commitment to cut its fossil fuel supplies from Russia by two-thirds before the end of the year, saying "the price of military action for Russia must be very high."

Estonia, with a population of about 1.5 million people, shares a border with Russia and was a part of the Soviet Union until declaring its independence 1991. Estonia became a member of NATO in 2004.

The demilitarization of Russia is "well underway," Ukraine’s U.N. Ambassador Sergiy Kyslytsya told the U.N. Security Council on Tuesday as the conflict in Ukraine entered its second month. Russian President Vladimir Putin has claimed his invasion sought only the "demilitarization and de-Nazification" of Ukraine. But according to Kyslytsya, Russian forces have lost over 17,000 military personnel, over 1,700 armored vehicles and almost 600 tanks in the invasion.

Inside one convoy's frantic trek to rescue refugees in Ukraine

USA TODAY rides with Ukrainians in a convoy out of their war-ravaged homeland, crossing the border to Moldova. Some will stay there, hoping for a quick end to the war and a safe return home. Others are headed further west into the European Union, which is offering assistance and work permits to some Ukrainian refugees. Salam Aldeen, 39, drives one of the buses taking women and children to safety. Aldeen is also the founder of the international rescue nonprofit Team Humanity, which organized the convoy. Read more here.

“The ones with cars have left on their own," Aldeen says. "That leaves the poor people.”

Ukraine war will have global food impact not seen since WWII

Ukraine and Russia together produce 30% of the world's wheat supply. They contribute to 20% of the global maize supply, and 75 to 80% of the sunflower seed oil.

Now, the war in Ukraine is threatening the global food supply, the U.N. food chief warned Tuesday. He said the global impact will be the most severe the world has seen since World War II, and that the invasion has created “a catastrophe on top of a catastrophe.”

Many farmers from Ukraine, sometimes referred to as "the breadbasket of the world," have left their farms and are fighting Russian soldiers amid already high food prices.

David Beasley, executive director of the U.N. World Food Program, told the U.N. Security Council on Tuesday that his agency had already begun cutting rations because of rising food, fuel, and shipping costs for millions of families around the world. 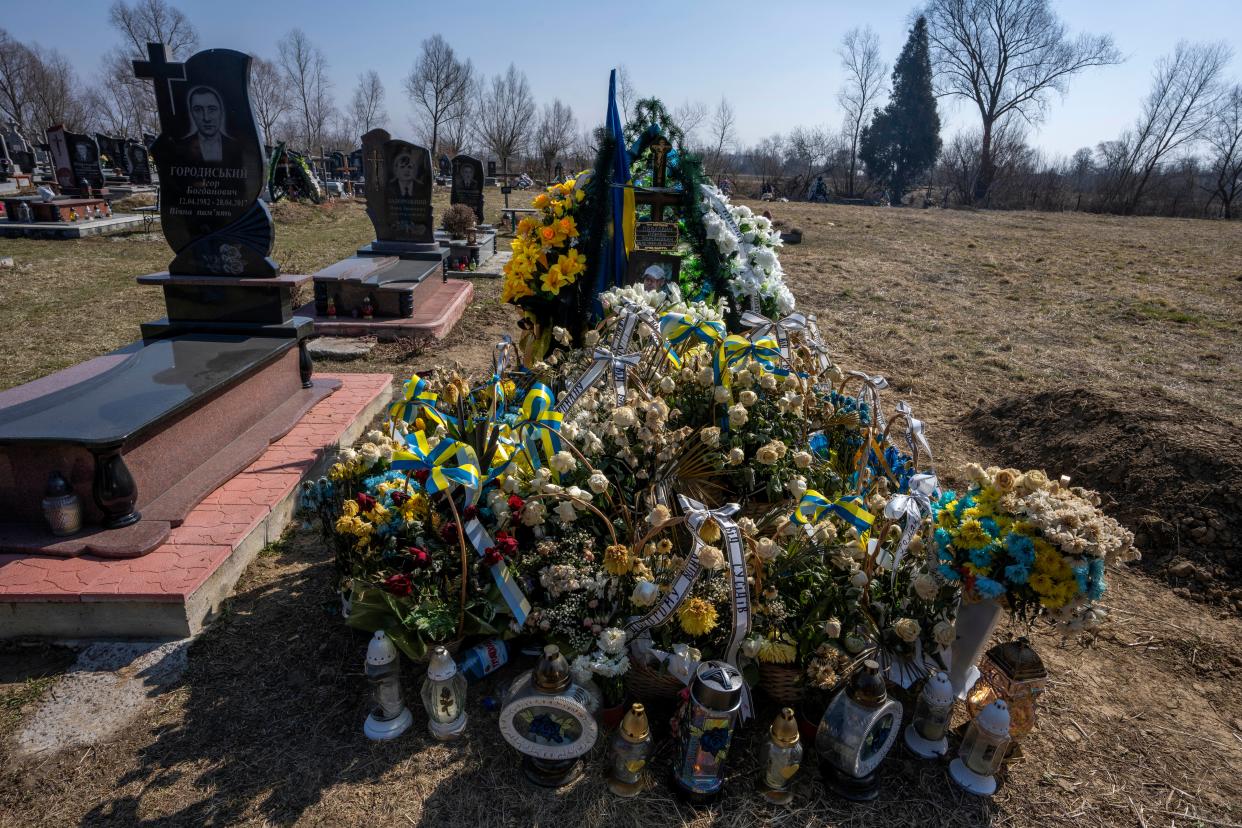