Following the takeover of a former Afghan National Army base, the Taliban have come into the hands of thousands of unused weapons and vehicles intended for US and Afghan troops. From one base in Wardak province in the north of the country, Sky News showed how the insurgents have snatched an astonishing 900 brand new guns, 30 hummvies, 20 armoured pick-up trucks, thousands of rounds of ammunition and boxes upon boxes of brand new missiles and mortars.

One Taliban commander told Sky News: “Most of the time we don’t rely on all of this.

“We just rely on Allah.

“But it does help us alot and it has given us a lot of new weapons we can use in battle.

JUST IN ‘Not going!’ Corrupt South African ex-President Jacob Zuma refuses to be caged after trial 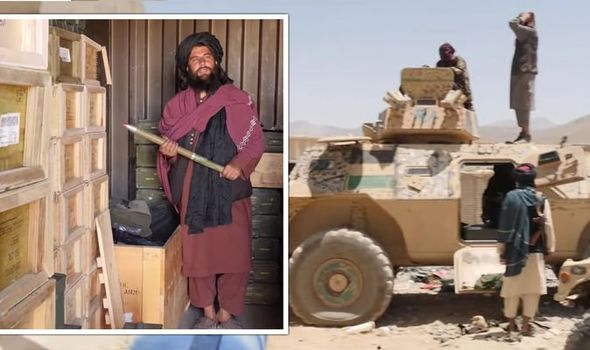 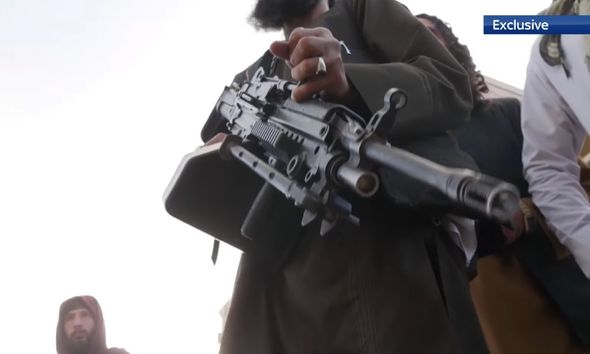 Hundreds of boxes packed full of arms haven’t even been opened before the Taliban took control of the base.

Fresh grenades, missiles, mortars and missiles can be seen still wrapped in cellophane.

The fighters are then pictured showing off ‘Made in USA’ engravings on the automatic weapons they’ve seized.

Alongside a bounty of ammunition and guns, the Taliban have also gained over 50-vehicles from this base alone. 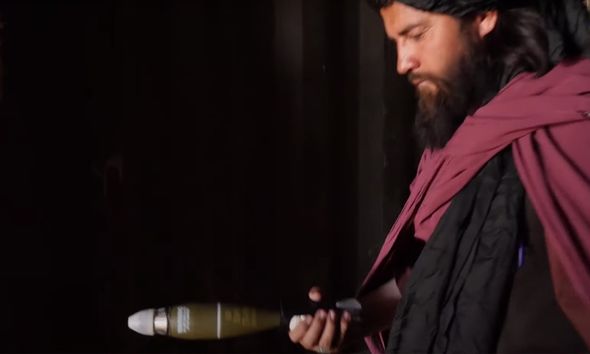 Lines of heavily armoured vehicles can also be seen being inspected by insurgents.

The vehicles will make the challenge of keeping back th

The terrifying footage comes as violence has rocketed in Afghanistan as the Taliban have made significant gains in the north of the country in recent weeks.

While officials reported on Monday how over 1,000 Afghan Army troops fled for their lives over the border into neighbouring Tajikistan as they desperately tried to escape the advancing Taliban. 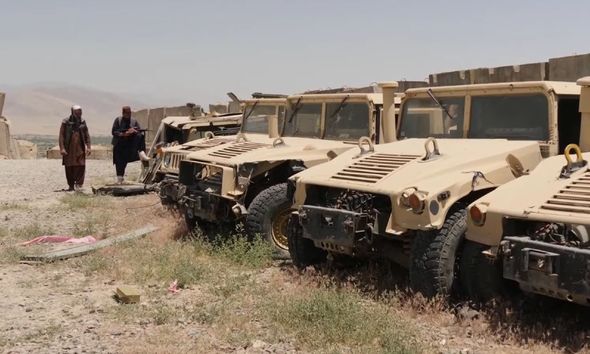 The spike in violence and progress of the Taliban comes as the majority of western forces have left the country ahead of the September 11th withdrawal deadline from the country.

The withdrawal was agreed under a deal with the Taliban in return for a commitment by the militants not to allow any extremist group to operate in the areas they control.

Buit this has proven not come to fruition as the Taliban have stepped up attacks on Afghan forces.

Western forces invaded Afghanistan in 2001 and 20 years of fighting has seen much of terrorist group Al-Qaeda cleared from the country, but the Taliban have not retreated.