The Andrews government has rejected calls to establish a register of men who donate sperm outside the regulated system despite fears of the growing risks of women using social media to find men to help them conceive.

And two years after receiving a landmark inquiry designed to fix Victoria’s “outdated” reproductive treatment laws, the government is yet to implement most of its recommendations, fuelling concerns that many IVF patients will continue to face problems such as high costs, dubious success rates, and misleading information. 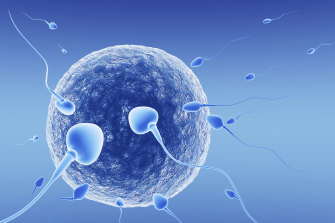 As more people seek to have children and fewer men donate their sperm to formal clinics, donations sourced through Facebook groups and other apps have become an increasingly popular and cheaper alternative for many Victorians.

So-called “informal donations” can also involve a person known to the woman or couple seeking to conceive. But the system is not regulated, making it harder for children to track down their biological fathers because donor information is not always recorded. This leaves authorities largely powerless to enforce laws such as a limit of 10 on the number of families each donor can provide sperm to.

In one recent case, a woman informed the Victorian Assisted Reproductive Treatment Authority that she was sexually assaulted by a man who had offered to donate his sperm. The regulator reported the matter to police. 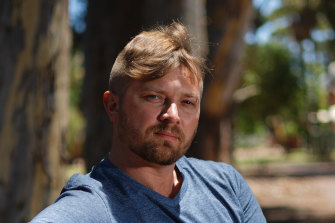 Adam Hooper is a sperm donor and runs a Facebook group for private sperm donation.Credit:Trevor Collens

The growth of the unregulated market has renewed calls to make regulated IVF clinics more affordable and to encourage more people to donate. However proponents of the informal system have suggested creating a shared register for private sperm donations, which would record identifying details of donors for their offspring.

Adam Hooper, who runs Sperm Donation Australia, a Facebook group that boasts more than 11,000 members and matches donors with people hoping to start or expand their families, said he made such a proposal to the Victorian Assisted Reproductive Treatment Authority a few years ago but never heard back.

Donor-conceived Lauren Burns, who was born at Prince Henry’s Hospital in 1983, said government policy “could be more flexible”. Under current laws, names can only be added to the authority’s donor conception register if they have donated via a clinic. Setting up a broader register could help more donor-conceived people to track down their biological parent or siblings, and to also access vital health and hereditary information.

However, the government says it has no plan to create such a register, pointing instead to the $70 million commitment announced in this month’s state budget to establish public IVF services and Victoria’s first public sperm and egg bank.

“Public IVF services and a public sperm and egg bank will help address the risks posed by informal sperm donation practices and provide Victorians with an accessible alternative,” said a government spokesman.

The government also noted that a register for informal donors was not recommended as part of its major inquiry into assisted reproductive treatment in Victoria, which was led by lawyer and former Alfred Health chair Michael Gorton.

The 12-month inquiry, announced in April 2018, was the first time assisted reproductive services had been reviewed in a decade. At the time, then health minister Jill Hennessy said it would “ensure women and families using assisted reproduction are supported through their entire treatment, and make sure they are receiving realistic information when it comes to their reproductive journey.”

However, only a handful of the 80 recommendations contained in Mr Gorton’s widely touted report have been implemented.

Two reforms passed Parliament in August 2019. The first was to remove the requirement for women who are separated but not divorced from their spouse to seek their spouse’s consent to access treatment, the second was to clarify counselling requirements for a surrogacy arrangement where a woman uses her own eggs. The number of costs that could be reimbursed to a surrogate mother was also expanded and the requirement for police and child protection order checks scrapped. The government has also announced its “intention” to implement a recommendation to ensure same-sex female couples are recognised as one family.

However most of the reforms made in the Gorton inquiry are yet to be implemented, even though the government accepts that Victoria’s reproductive treatment laws are in need of an overhaul.

“Victoria has a more complex, diverse (assisted reproductive treatment) industry, and the regulatory framework needs to adapt to these changes,” the report found.

“The current regulatory framework is not coping well with the shortage of donated gametes and increased exposure to overseas suppliers of ART services and gametes. Significant changes are required to respond more effectively to these problems.”

The assisted reproductive treatment industry now generates revenues of approximately $550 million a year in Australia, predicted to rise to $630 million by next year. Two of the biggest players, Melbourne IVF and Monash IVF, have become publicly listed companies.

But affordability remains a problem: out-of-pocket IVF expenses for patients can amount to up to $7000 for each cycle. By comparison, the cost of home insemination equipment is less than $10.

COVID-fuelled sperm shortages have also presented a challenge in the wake of the pandemic, with figures from the regulator showing there were 335 sperm donors available in Victoria at the start of the financial year, down from 424 in the previous year.