A county sheriff in North Carolina has vowed to set up safes filled with AR-15 rifles and ammo at six local schools in response to the Uvalde school shooting .

Madison County Schools are beefing up on campus security for the upcoming 2022-2023 academic year by partnering with the Madison County Sheriff’s Buddy Harwood to install heavy-duty weaponry that could be deployed in the event of a hostile intruder.

‘We were able to put an AR-15 rifle and safe in all of our schools in the county,’ Harwood further said. ‘We’ve also got breaching tools to go into those safes. We’ve got extra magazines with ammo in those safes.’

Those breaching tools are designed to break through automatic-locking doors installed in schools which can only be opened from the inside, potentially trapping children and teachers in a room with an attacker.

Harwood says his office took the step after it was revealed that poor decision-making and a lack of training on situations involving an active shooter were reported as key failures in the Texas state house’s report on investigations into the Uvalde massacre.

‘Those officers were in that building for so long, and that suspect was able to infiltrate that building and injure and kill so many kids,’ Sheriff Buddy Harwood told the Asheville Citizen-Times. ‘I just want to make sure my deputies are prepared in the event that happens.’

Uvalde cops stood in a corridor for more than an hour in June while gunman Salvador Ramos, 18, murdered 19 children and two teachers before he was shot dead.

Madison County Schools Superintendent Will Hoffman said school district officials within the county have been constantly updated on the new safety measures and are also regularly meeting with local authorities, including Harwood, for training with instructors from Asheville-Buncombe Technical Community College. 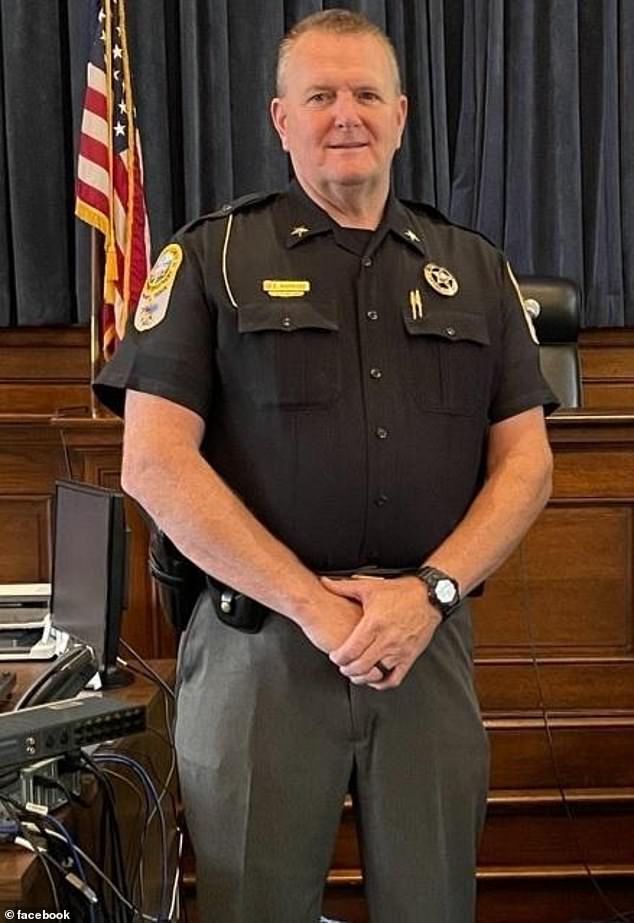 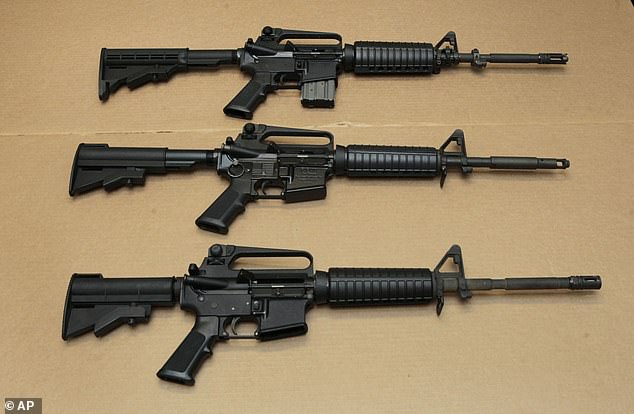 Safes filled with AR-15s will now be introduced in schools in Madison County, North Carolina, as a local sheriff tries to avoid a repeat of the Uvalde massacre for the upcoming academic year

Hoffman has also allowed Madison County Sheriff officials to have access to school camera systems, which were only previously monitored by the county’s Emergency Operations Center (EOC).

‘The reason we put the breaching tools in the safes is that in the event we have someone barricaded in a door, we won’t have to wait on the fire department to get there,’ Harwood said.

‘We’ll have those tools to be able to breach that door if needed. I do not want to have to run back out to the car to grab an AR, because that’s time lost. Hopefully we’ll never need it, but I want my guys to be as prepared as prepared can be,’ he added, underlying the importance of self-defense.

The sheriff, who announced the new school safety measures in a video shared on Facebook, said while he understands the worries that some may have at seeing school officials handling AR-15s, it is a necessary measure due to the increase of school shootings across the country.

‘I’m a firearms instructor. We carry a (9 mm) 135-grain bullet,’ Harwood told the Citizen Times. ‘We’ve got the maximum 50 rounds that my SROs are carrying throughout the school to protect that school. 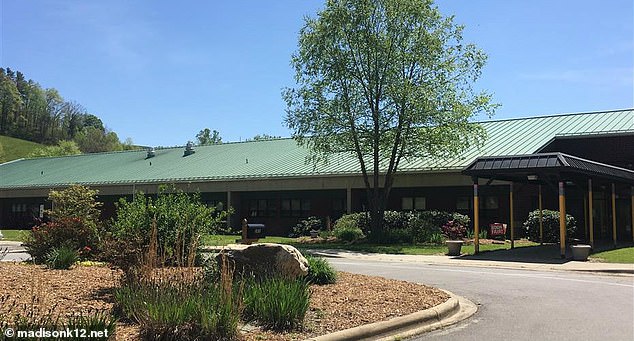 SROs stand for school resource officers, who regularly update safety measures and are also responsibly for crime prevention in schools.

‘I hate that we’ve come to a place in our nation where I’ve got to put a safe in our schools, and lock that safe up for my deputies to be able to acquire an AR-15. But, we can shut it off and say it won’t happen in Madison County, but we never know,’ Hardwood said.

‘I want the parents of Madison County to know we’re going to take every measure necessary to ensure our kids are safe in this school system. If my parents, as a whole, want me to stand at that door with that AR strapped around that officer’s neck, then I’m going to do whatever my parents want as a whole to keep our kids safe.’

‘I’ve got a whole host of people that are very capable of putting this training on,’ Harwood said. ‘It is sponsored through A-B Tech, so my guys will get training hours for it, including the fire departments.’ 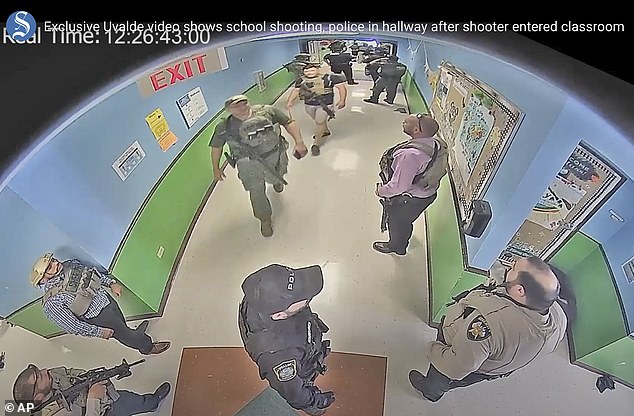 In this photo from surveillance video provided by the Uvalde Consolidated Independent School District via the Austin American-Statesman, authorities stage in a hallway as they respond to the shooting at Robb Elementary School in Uvalde, Texas, May 24

There have been 27 school shootings so far this year.

The Uvalde shooting at Robb Elementary was the deadliest school shooting within the last decade. In 2012, a gunman in Connecticut opened fire and killed 26 people, 20 of which were children as young as 6 years old at Sandy Hook Elementary School.

The total amount of deaths in May also surpassed those in the 2018 attack at Marjory Stoneman Douglas High School in Parkland, Florida, which killed 17 people.