Intelligence reports suggest a Pukguksong-3 submarine-launched ballistic missile, SLBM, with an estimated range of over 1000 miles may soon be tested. It is understood to be an upgrade on the nuclear-capable Pukkuksong-2. The last time North Korea tested the missile was near the port of Wonsan on October 2, 2019.

On a standard trajectory, a missile such as this would have a range of 800 miles.

The Center for Strategic and International Studies has revealed satellite images of North Korea’s Sinpo shipyard showing several vessels that resemble those used to two a submersible missile test platform out to sea.

The think tank said their findings were “suggestive, but not conclusive, of preparations for an upcoming test of a Pukguksong-3 submarine-launched ballistic missile from the submersible test stand barge”. 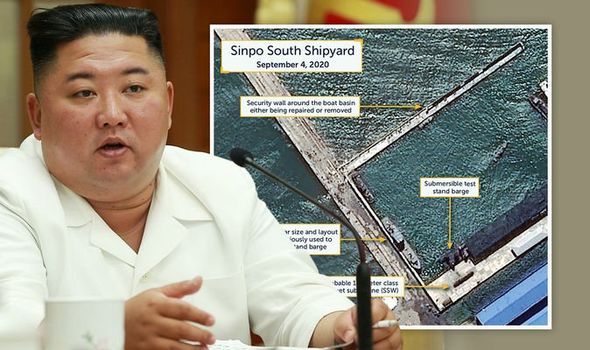 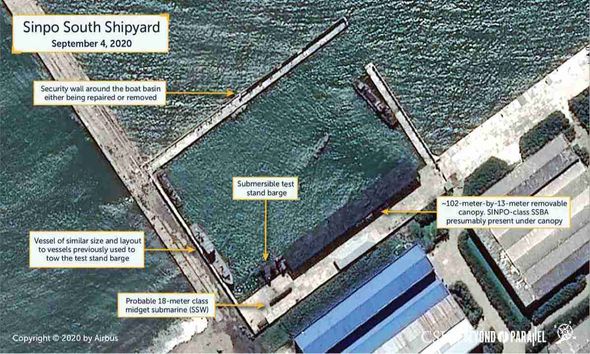 However, the experts noted the newly built North Korean submarine capable of carrying these ballistic missiles was not seen in the satellite images.

The satellite images reveal activity around the submersible static test stands on the south side of the Sinpo South Shipyard on the Sea of Japan.

North Korea was meant to suspend long-range missile tests in 2017 after negotiations with the US. 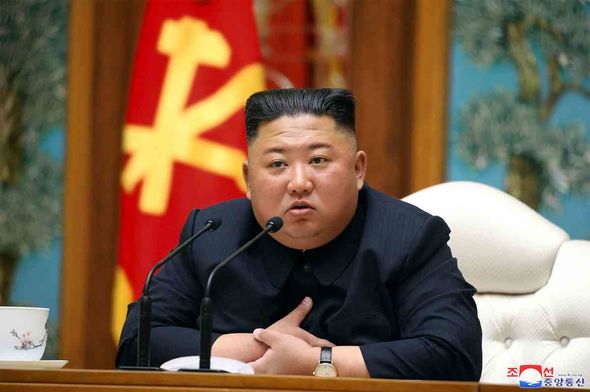 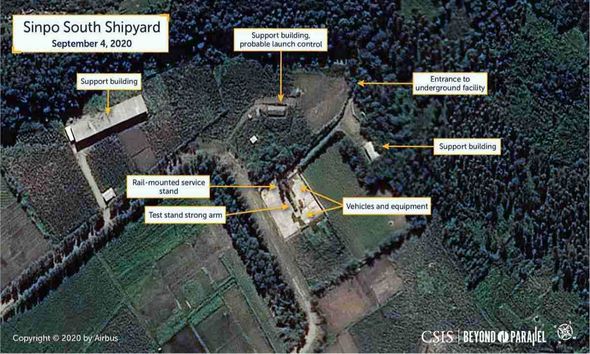 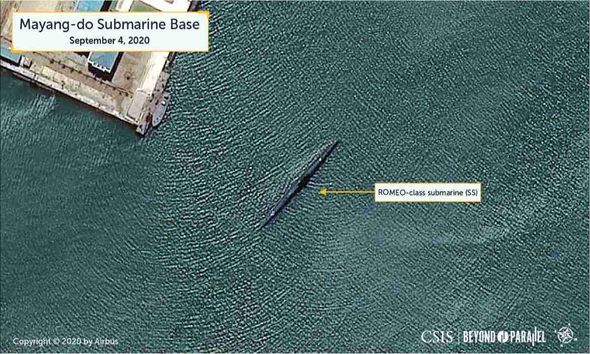 Last year’s submarine-based missile launch had enough range to reach all of South Korea and all of Japan’s four main islands from the centre of the Sea of Japan.

After last year’s launch, the North Korean news agency, the Korean Central News Agency reported: “The test-firing scientifically and technically confirmed the key tactical and technical indexes of the newly-designed ballistic missile and had no adverse impact on the security of neighbouring countries.”

Kim Jong-un extended his “warm congratulations on behalf of the Central Committee of the Workers’ Party of Korea” after the launch of the last missile.

North Korea can now take its place amongst a small selection of countries that have the ability to release ballistic missiles from submarines. 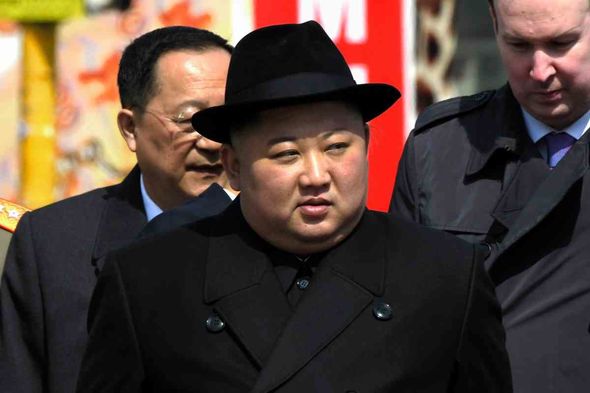 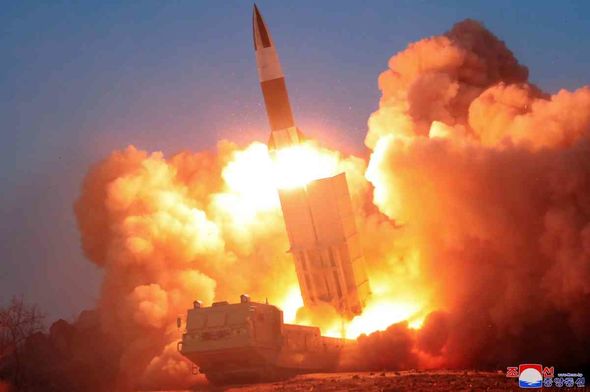 India, China, the US, Russia, the UK and France all have systems to launch rockets from submarines.

Such a system is the basis of the UK’s nuclear deterrent, called the Trident missile system.

The North Korean rocket appears to use solid fuel for propulsion and could have a two-stage deployment system.