As countries around the world have detailed their battle with coronavirus, many have been puzzled over North Korea’s claim to have zero cases. Some have doubted their denial due to the state being nestled below China, where the outbreak started and who they rely heavily upon for trade. While Kim Jong-un is yet to announce that anyone has tested positive for COVID-19, he gave allusive comments at a press conference today (August 26). The hermit kingdom’s leader admitted there were “some shortcomings” in their efforts to keep the “malignant virus” out, according to local media. The move could be interpreted as a step towards greater transparency within the secretive state and how Kim Jong-un differs from those who ruled before him.

The 36-year-old’s statement came amid a flurry of reports that suggested the leader was in a coma or dead – this time fuelled by comments from a former diplomat in South Korea.

Concern about a coronavirus outbreak in the northern territory is heightened due to a lack of medical infrastructure in the nation and a population deemed extremely vulnerable.

Victor Cha, from the Centre for Strategic International Studies (CSIS), warned that widespread famine and viruses that already circulate within the state put citizens at additional risk.

Chris Mikul, who studied Kim Jong-un’s predecessors for the 2019 book ‘My Favourite Dictators’ believed he was a different type of leader – which some see as a change in the nation’s approach to the outside world.

He told Express.co.uk in May: “They may have an outbreak in North Korea but we don’t know, they are not telling everyone and they probably wouldn’t tell.

“Kim Jong-un’s father and grandfather would have covered it up in the same way they denied famine in the country.” 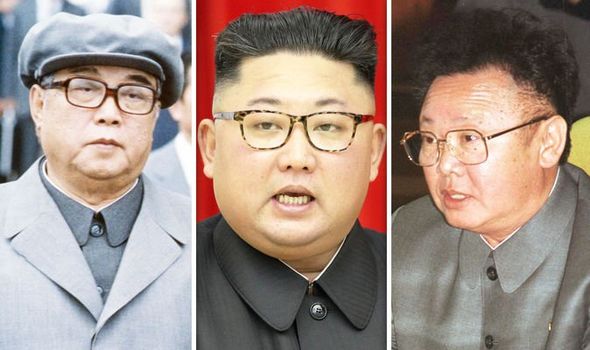 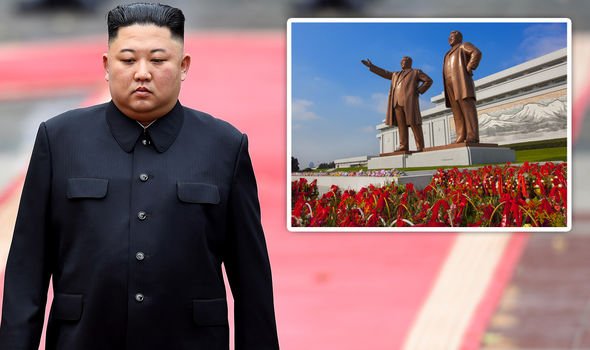 Mr Mikul felt the nation’s newest dictator was “a little bit more liberal with the truth” and added that he “didn’t try to cover-up everything”.

He continued: “For example, when he had a missile test a while back and it failed – normally that would have been covered up but he allowed it to be reported on the news.

“Normally anything that’s not the happy joy or ‘We have the greatest country, everything is fabulous’, is suppressed.

“Anything that contradicts that [image] is not mentioned… so that’s why, when he allowed the press to report the missile crash, it was a surprise.

“North Korean people wouldn’t normally be told about that, typically they are only told if it’s successful. 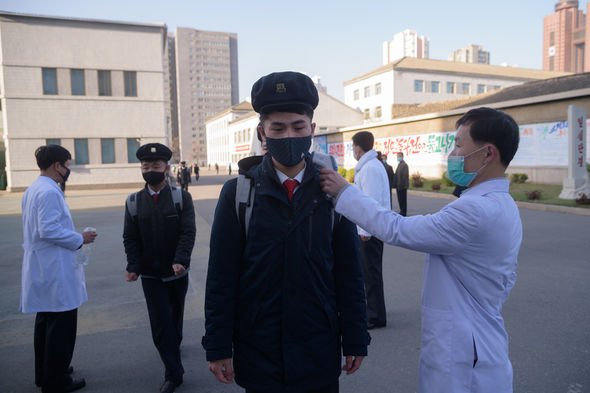 “So there is a certain indication that he is moving to being more open to the world, which is only a recent thing compared to the smokescreen that the country has been under for decades.”

Unlike previous leaders, Kim Jong-un was educated outside North Korea and studied at a university in Switzerland – where he developed a love for basketball, video games and “essentially became Westernised”.

In contrast, his father Kim Jong-il “barely left” the state but was “exposed to western culture through being a film buff”.

The current ruler is also said to have shown “greater concern for the welfare of his people and the economy”.

He also was reported to have put on free concerts, including one where “women dressed in Disney costumes” – possibly spurred on by his childhood love for trips to the resort in Japan.

Mr Mikul said: “This would never have happened under Kim Jong-il and all of these things are the reason why he is different at heart – despite this, he is still a brutal dictator.

“Kim Jong-un can be as tough as necessary, when the time comes, and he has had various other people killed – quite a few – to consolidate his power.”