Kim Jong Un’s visit to the test site of what North Korea’s state media called a “tactical weapon” that could protect North Korea like a “steel wall” threatened to sour the diplomatic atmosphere at a time when negotiations between North Korea and the United States appear to have stalled.

However, the U.S. State Department sought to play down the development, suggesting it would not derail efforts to persuade North Korea to give up a nuclear weapons program that has the potential to threaten the United States.

“We remain confident that the promises made by President Trump and Chairman Kim will be fulfilled,” a spokesman for the U.S. State Department said.

At an unprecedented summit in June, U.S. President Donald Trump and Kim in Singapore agreed to work toward denuclearization and peace on the Korean peninsula and establish new relations. But the agreement was short on specifics, and negotiations have made little headway since.

North Korea’s KCNA news agency did not identify the weapon tested but called the test a success. The only picture released by state media showed Kim standing on a beach surrounded by officials in military uniforms with no weapons visible.

The description of the weapon as “tactical” appeared to rule out larger strategic weapons, such as a ballistic missile or a nuclear bomb, which North Korea demonstrated until last year, raising fears of a new Korean war.

But testing of any new weapon threatens to raise tensions with Washington, which has said there will be no easing in international sanctions until North Korea takes concrete steps to abandon its nuclear weapons.

In an apparently conciliatory gesture, North Korea also announced on Friday it was releasing an American citizen detained since October after he “illegally” entered North Korea from China.

The State Department declined to identify the citizen and did not provide details about him. But in a statement on Friday, U.S. Secretary of State Mike Pompeo, who has led the U.S. negotiating effort with North Korea, thanked North Korea and Sweden for cooperating to secure the release.

North Korea has held previous American detainees for longer, and Washington has accused Pyongyang of using them as bargaining chips.

Adam Mount of the Federation of American Scientists saw the test announcement as a warning to Washington.

“They’re trying to signal that they are willing to walk away from talks and restart weapons testing,” he said. “It is the most explicit in a series of escalating statements designed to send this message.”

Kim this year declared his nuclear force “complete” and said he would focus on economic development. But North Korea has increasingly expressed frustration at Washington’s refusal to ease sanctions and recently threatened to restart development of its nuclear weapons if more concessions were not made.

A meeting in New York planned this month between U.S. Secretary of State Mike Pompeo and North Korea’s Kim Yong Chol, a senior aide to Kim, was postponed.

However, U.S. Vice President Mike Pence on Thursday said Trump planned to meet Kim again in 2019 and will push for a concrete plan outlining Pyongyang’s moves to end its arms programs.

U.S. and South Korean officials have not offered an assessment of what weapon may have been tested, but international weapons experts noted the officials with Kim included a leader of North Korea’s artillery corps.

Choi Kang, of the Seoul’s Asan Institute for Policy Studies, said Friday’s announcement was more likely aimed at reassuring the North Korean military rather than trying to torpedo diplomatic talks.

“North Korea is trying to show its soldiers that they are becoming high-tech and keeping a certain level of military capability, while trying to eliminate dissatisfaction and worries inside its military,” he said.

The test may also have been a response to recent small-scale military drills by the United States and South Korea, which Pyongyang said violated recent pacts to halt to “all hostile acts.” said Yang Uk of the Korea Defence and Security Forum. 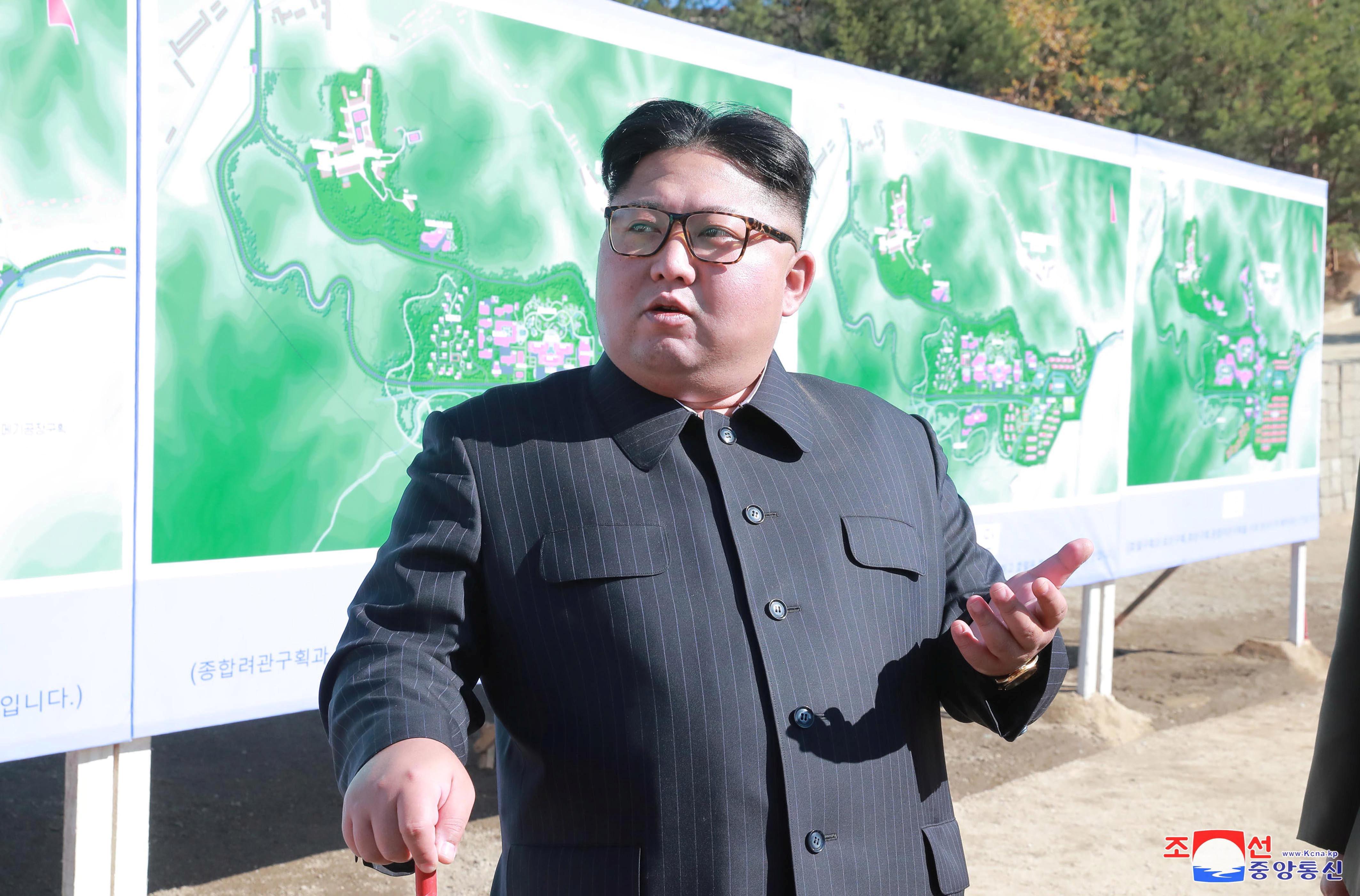 Kim said the weapons system tested was one that his father, Kim Jong Il, had taken a special interest during his life, personally leading its development.

Kim’s last publicized military inspection was the launch of the Hwasong-15 intercontinental ballistic missile a year ago, though he engaged in at least eight other military related activities this year, South Korea’s Unification Ministry said.

While it has conducted no nuclear of missile tests since last year, North Korea has continued to showcase its conventional military capabilities, including at a large military parade in its capital, Pyongyang, on Sept. 9.