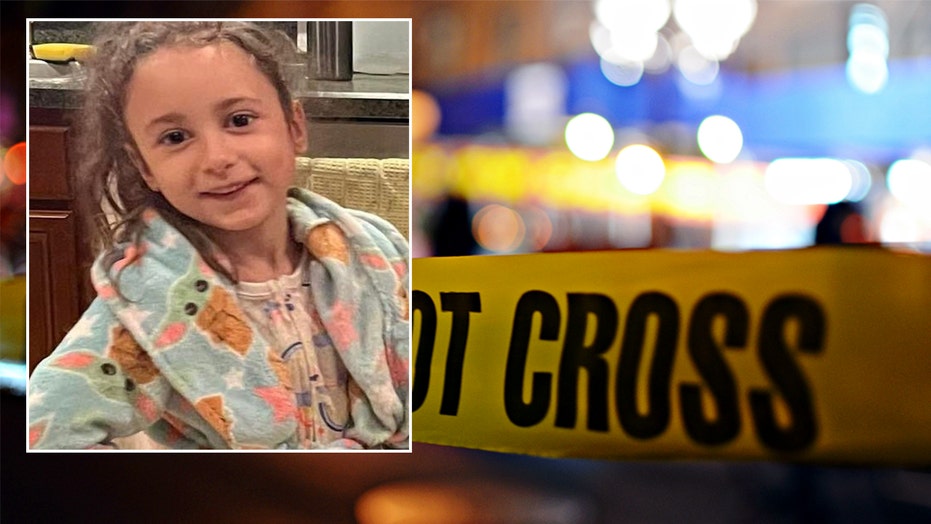 Police are looking for seven people who attacked a 14-year-old boy in Brooklyn.

Nearly double the number of children have been shot on New York City streets in 2022 compared to the same time last year. An aunt of the city’s sole 2022 child murder victim calls the startling violence trend “disgusting.”

Gisselle Muniz could have spent hours talking fondly about her 26-year-old sister, Gabrielle Muniz, and her 6-year-old niece, Rozara. Both were living in the Bronx in early March when they were stabbed to death by Gabrielle’s boyfriend, police said. 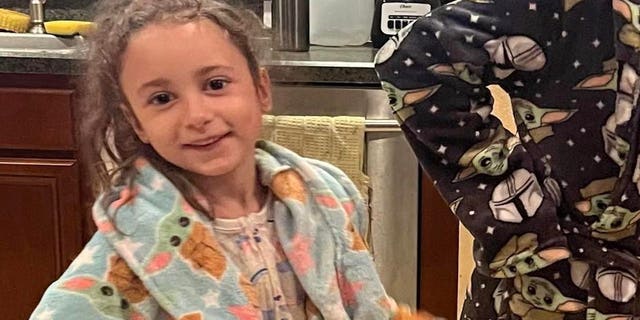 “They were angels on earth,” Muniz told Fox News Digital by phone. “They were both amazing people, and they brought a lot of happiness to a lot of people’s lives.”

Muniz, who lives in Kissimmee, Florida, with her family, said she is still seeking answers regarding the senseless deaths. She remembered her sister as a kind-spirited go-getter who was preparing to graduate from pharmacology school and had hoped to become a doctor.

Six-year-old Rozara had a knack for art and had just begun to come out of her shell before her life was senselessly cut short, the grieving aunt said. 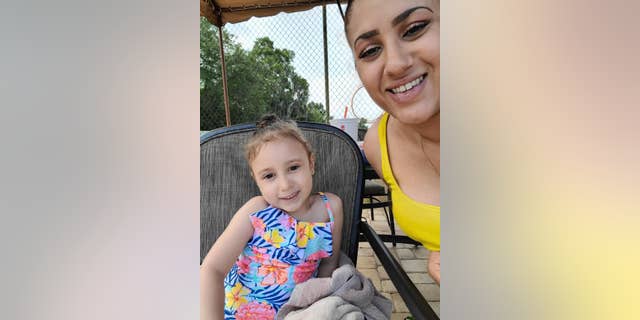 Rozara had celebrated her birthday just weeks before Saturday, March 5, when 34-year-old Caleb Duberry stabbed her and her mother, killing both before ending his own life, the New York Police Department said.

The child, who loved unicorns, drawing and painting, is the only murder victim under the age of 18 so far this year, according to records provided by the NYPD.

Child murders as of March 15, 2022, were down significantly compared to the same time last year, when eight were reported killed, NYPD statistics show. But the same could not be said of child gunshot victims.

As of March 15, 24 children were shot year-to-date, compared to the 13 reported during the same period in 2021. And those statistics do not include the 3-year-old and 7-year-old girls who were wounded in shootings after Fox News Digital obtained the data.

Of those 24 gunshot victims reported as of mid-March, 23 involved children ages 10 to 17, while one involved a child under the age of 10.

Specifically, an 11-month-old girl was shot in the face while sitting in a parked car with her mother in the Bronx, where police believed she was caught in the crossfire of a gunfight.

The toddler and her 32-year-old mom, Miraida Gomez, were inside a vehicle parked at the intersection of East 198th Street and Valentine Avenue Jan. 19 when she was struck by a stray bullet, police have said.

“It is unimaginable that this is happening in our city.”

“Color and race don’t matter,” she wrote at the time. “Our safety and right to life, liberty and justice matter. Let’s work on the justice and safety for ALL people.”

After the shooting, Mayor Eric Adams told reporters the baby’s father pulled the car over to run into a nearby store but left when he heard “his wife screaming.”

“Coming outside and seeing his wife holding his baby and a coat colored pink but stained with red blood from his child,” Adams said. “It’s unimaginable. It is unimaginable that this is happening in our city.”

Adams said the bullet passed through the young girl’s head. She was critically injured but was expected to survive.

Since March 15, at least two other children have been shot.

In the first incident, a 7-year-old girl was standing with her mother, 28, in Brooklyn shortly after 3 p.m. on March 21, when they heard shots being fired, the NYPD told Fox News Digital at the time. They left the area and made it back to their home nearby without realizing anyone was injured.

But the girl started complaining about two and a half hours later about stomach pain, the NYPD said. When the mother checked on the pain, she discovered that her daughter suffered a graze wound to the left side of her abdomen. The victim was rushed to an area hospital for treatment.

Then, on Friday, a 3-year-old girl and her father were leaving a day care in Brooklyn when the girl was shot as a gunman was targeting a different man, who was also with a young child at the time, police said.

The young girl and her dad were leaving the Brownsville day care around 6 p.m. Friday when the shooter opened fire. She was rushed to an area hospital and was expected to survive, but police are still hunting for the suspect. 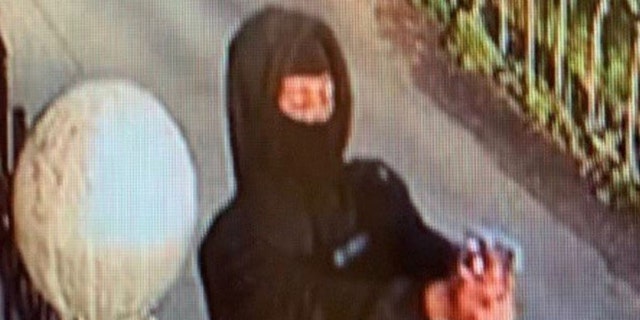 Police have released this image of the suspect accused of shooting a 3-year-old while she was leaving day care with her father in Brownsville, Brooklyn.
(NYPD)

Police officials later said they suspected the gunman was targeting another man who had been loading his 2-year-old child into a vehicle in the area at the time.

After the shooting, NYPD Chief of Department Kenneth Corey pleaded with the public, saying, “Enough is enough.”

“When do we come together as a community, and as a city, and say enough is enough?” Corey asked during a press conference at the time. “An 11-month-old child was shot two months ago. Last week, a 7-year-old child was shot. And tonight, a 3-year-old girl leaving a day care center with her dad was shot in broad daylight.”

It wasn’t the first time a public official practically begged for a change. 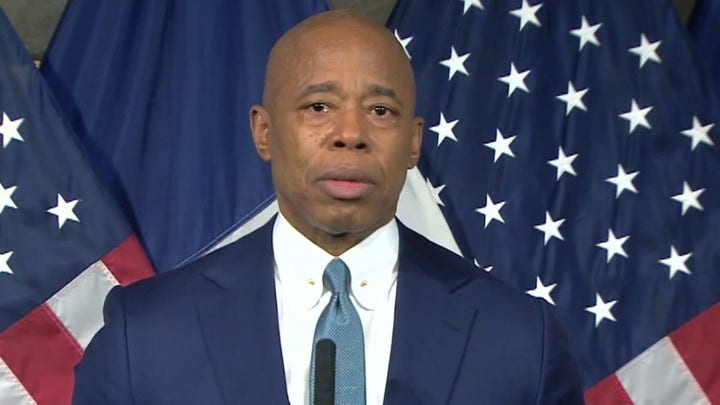 In February, Mayor Adams addressed a different crisis involving children, specifically those who get caught up in crime at a young age. Adams was on the verge of tears as he called on New York City agencies to “do more” to prevent at-risk youth from becoming embroiled in lives of crime.

“We must step up, save the children who are falling through the cracks upstream,” he said at the time. “We must rescue them before they are swept away in the rivers of violence.”

As of Sunday, 312 people had been shot year-to-date in New York City, up from the 267 gunshot victims reported during the same time last year, according to NYPD statistics. Meanwhile, murders year-to-date are down compared to last year, with 93 in 2022 compared to the 98 in 2021. 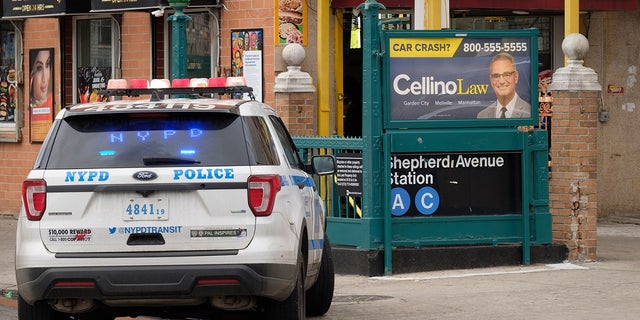 Carlos Velasquez, president of the New York City Police Athletic League (PAL), told Fox News Digital there is “more of a need” now for youth enrichment in the Big Apple than there might have been in past years, noting that people today are “battling with a lot of different forces.”

PAL offers services and programs for young people to foster their interests and build relationships with police officers. It provides children with opportunities to enjoy sports, arts and other pastimes to “find somewhat of a passion or something to commit to,” Velasquez said.