A teaching assistant has been spared prison after admitting to secretly filming children in a primary school’s toilets over the course of a week – leaving victims’ parents feeling ‘physically sick’.

Jack Dunn, 24, used his iPhone to capture seven videos of children over the course of a week and then made a series of screenshots of his favourite 24 moments.

He was caught out when a child discovered the device overhanging a cubicle. Former teaching assistant Jack Dunn was spared prison and instead given a suspended prison term at Portsmouth Crown Court this week. The 24-year-old placed his iPhone over a cubicle to secretly film children in 2019

Parents of his victims have said they felt ‘physically sick’ at his actions with one mother fearing he picked his job to get perverted access to children.

Portsmouth Crown Court heard the 24 year old was recorded children in toilets at Denmead Junior School in Hampshire in November 2019.

‘I can’t put into words how physically sick that made me feel and continues to make me,’ one parent said, adding: ‘My trust in the school has been completely shattered.’

Another parent said she felt ‘instantly sick’ when she found out her child was a victim. 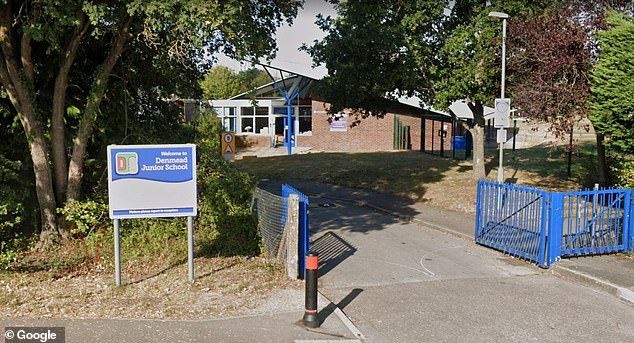 Portsmouth Crown Court heard Dunn made 24 screenshots of the videos he recorded, with parents at Denmead Junior School in Hampshire fearing the images could have been shared online before Dunn was caught

Dunn picked out his ‘highlights’ from the videos he recorded, making 24 screenshots of his favourite moments.

Parents fear the images could have been uploaded to the dark web or elsewhere before Dunn was caught.

‘These questions are something I will probably never know the answer to but will haunt my life forever,’ one said.

Sentencing, judge David Melville QC said: ‘The parents send these children to these schools believing at school the environment is safe and you breached that, and it’s very serious.’

The court heard how a teacher was handed the phone after it was found, and it was then given to headteacher Elaine Viner who locked it away.

‘The next day Mr Dunn was at the school acting rather suspiciously,’ prosecutor Adrian Fleming said.

‘Plainly he had gone to retrieve the phone, he was seen to be rummaging through a box in which pupils placed their phones.’

He added: ‘There was the grossest breach of trust, we suggest there was clearly a significant degree of planning and clearly images were recorded.’ 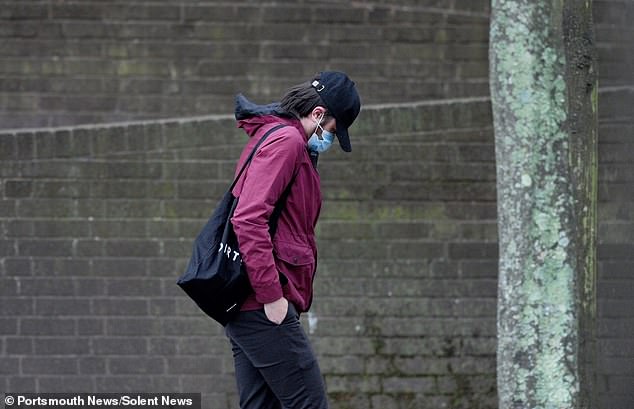 Dunn, from Horndean, was ordered to complete 200 hours of unpaid work, as well as a sex offender treatment programme

The judge said he suspended the term due to Dunn’s age, and the fact he has no previous convictions.

He also considered the effects of Covid-19 in prisons and Dunn’s difficult upbringing and family life, as outlined by his mother in a letter.

Dunn, from Horndean, Hampshire, was subjected to a five-year sexual harm prevention order and must sign the sex offenders’ register.

Damian Hayes, defending, said his client was ‘ashamed’ and added: ‘He’s sorry for what he did during that week in November 2019, and acutely sorry for the distress he caused the children and the parents at that school.

‘He could offer no explanation for his behaviour.’