A young man who shot dead his childhood friend with a shotgun, about 40 minutes after they had a “play fight” outside a Melbourne cafe, has been jailed for 24 years.

But Supreme Court judge Justice Lesley Taylor on Friday found it was inconceivable Paguir Pan would have been so angered at being punched that he murdered Winis Apet; and instead ruled he considered his friend a “dog” for co-operating with police in another criminal case. 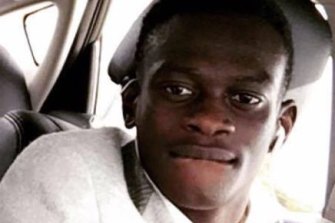 Winis Apet was shot dead in Springvale in March 2019.

Pan, Mr Apet and other friends were drinking alcohol at a Dandenong house on March 10, 2019 when they decided to visit a Springvale cafe. In a laneway outside the cafe, Pan and Mr Apet punched each other in a scuffle, and the latter described the incident as a “play fight” to another friend.

But Pan, who also used ice and Xanax that night, took Mr Apet’s car and returned with a hood over his head and a shotgun concealed in a bag. He took out the gun and blasted Mr Apet in the chest from one metre, the court heard.

A friend who witnessed the shooting said to Pan: “What the f—, you just shot Winis.” But Pan ran from the scene and later disposed of his phone, clothing and the gun, actions Justice Taylor described as “cowardly and callous”. 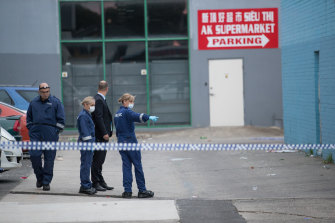 Police at the scene of the shooting in 2019.Credit:Fairfax Media

Pan, now 22, was arrested the next day and pleaded guilty to murder. He must serve 16 years in prison before he is eligible for parole.

“You shot Mr Apet at close range in a public place with other people close by,” Justice Taylor told him.

“Second, your actions were deliberate and sustained. Following a minor physical scuffle with Mr Apet, you left the scene to obtain the shotgun and returned nearly 40 minutes later determined to use it.”

The period after the fight gave Pan ample time to consider his actions, Justice Taylor said, and she found his decision to shoot a friend he grew up with came amid a fall-out over Mr Apet’s co-operation with police during an investigation involving a mutual friend. 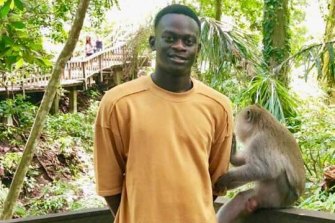 A photo of Winis Apet posted by his brother in a tribute on Facebook. Credit:Daniel Deng/Facebook

Pan had previously expressed disdain for people he considered “dogs” or “rats”, the judge said, and believed Mr Apet lied to him.

“You considered Mr Apet to be a ‘dog’ and a liar,” she told the killer.

“You were angry and felt disrespected by him. You considered that Mr Apet should financially compensate your friend or face a physical beating.”

Mr Apet’s family was “steeped in grief” at losing their youngest son, regarded as the glue that kept the family together and an adored uncle, the judge said. His mother now suffered anxiety and was housebound and one of his sisters was unable to stay in the family home because she became upset whenever she saw photographs of her brother.

Pan abused drugs since his teenage years and psychological reports found he was immature and unable to address anger problems.

Justice Taylor acknowledged Pan’s guilty plea and that he understood the pain he caused, while his father had acknowledged the harm the crime caused to Melbourne’s Sudanese community.

Pan has served more than two years since his arrest.