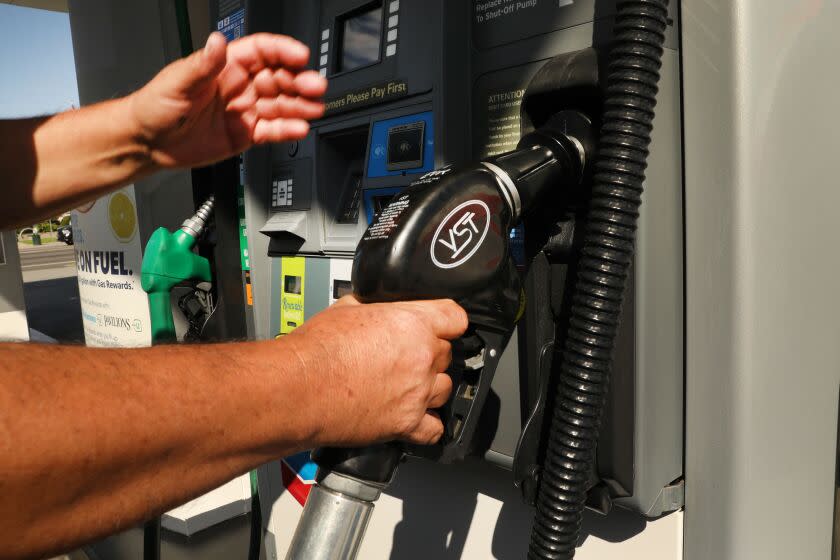 After gas prices declined for 98 days in a row, the trend reversed course last week amid supply issues due to snags at refineries across the West Coast and Midwest, according to AAA.

The nationwide average for a gallon of regular increased by 1 cent to $3.72 Monday — down from the record $5.02 in June but still higher than the $3.19 a gallon the year before.

The rise in gas prices comes as Californians who qualify for the gas price relief program prepare to receive one-time payments of up to $1,050 between next month and January.

In June, Gov. Gavin Newsom and other lawmakers reached a deal for the $9.5-billion tax refund program aimed at offering financial relief to motorists as gas averaged more than $6 per gallon.

In order to qualify, residents must have lived in California for six months or more in 2020, filed their 2020 tax returns by Oct. 15, 2021, and not have been claimed as a dependent in 2020. They must also be a California resident on the date the payment is issued. Payments are limited by income.

Problems at refineries on the West Coast, as well as in the Great Lakes and Plains regions, have contributed to spikes in gas prices, despite oil prices dropping, according to Patrick De Haan, head of petroleum analysis for GasBuddy.

A fire and explosion at a BP refinery in Toledo, Ohio, killed two workers last week, resulting in the facility being shut down.

De Haan said that despite the supply challenges in other parts of the U.S., gas prices were relatively stable in the Northeast and on the Gulf Coast. In the coming weeks, gas prices will continue to differ regionally until refinery issues have been resolved, he said.

“I don’t know that I’ve ever seen a wider gamut of price behaviors coast to coast in my career," De Haan wrote in a Monday blog post. "A slew of unexpected refinery disruptions, including fires and routine maintenance, have seemingly all happened in a short span of time, causing wholesale gas prices to spike in areas of the West Coast, Great Lakes and Plains states — and some of those areas could see prices spike another 25-75 cents per gallon or more until issues are worked out."

De Haan also said that Tropical Storm Ian, which is expected to hit Florida with rain and high winds, could disrupt refiners and further contribute to the gas spike.

Tom Kloza, a founder of the Oil Price Information Service, said Monday that in more than 40 years in the industry, he's "never seen such diversity in U.S. gasoline prices."

"Tax and other charges, Southern California at refinery gate fetches $4.60/gal," he tweeted. "Gulf Coast gasoline this morning at $2.36/gal. Western isolation from refineries east of the Rockies and overseas is extreme."

Gas prices across the nation skyrocketed above $5 a gallon in June and more than $6 in California as an increase in travel and Russia's war in Ukraine caused oil prices to spike.

As families grappled with the financial strain, President Biden aimed to cut gas prices by releasing millions of barrels of oil from the nation's petroleum reserves.