A barely-noticed comment by President Joe Biden at a fundraising event describing Pakistan as one of the most dangerous countries in the world triggered a diplomatic spat on Saturday, when the nation’s foreign minister summoned the U.S. ambassador for a dressing down.

Biden’s description ruffled feathers in a country that considers itself a staunch ally of the U.S., giving tens of thousands of lives in the war on terror.

But it is a reminder of the fragile relations between Washington and a nuclear-armed nation that has been accused by successive administrations of harboring the Taliban.

It began with comments made by Biden on Thursday evening.

In front of a select group of donors in Brentwood, a well-heeled neighborhood of Los Angeles, Biden turned his focus to foreign policy. 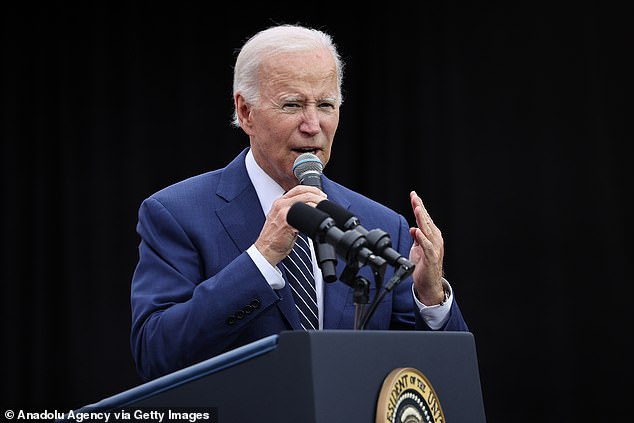 On Thursday, President Joe Biden said Pakistan was one of the most dangerous countries in the world. The comments were at a fundraiser and went largely unnoticed 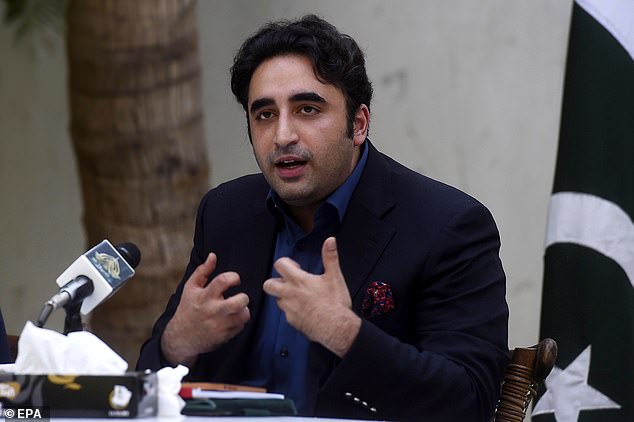 As he discussed threats facing the U.S., Biden described Pakistan as one of the most dangerous countries in the world, adding that it had ‘nuclear weapons without any cohesion.’

The event was not public. And the mention was buried in a pool report sent to journalists who cover the White House. It initially made few waves outside the foreign policy world.

But commentators said it was strange that Biden would bring up Pakistan like that when it had not even merited a mention in a new national security strategy unveiled during the week.

Press Secretary Karine Jean-Pierre was asked about it aboard Air Force One a day later as the president traveled from California to Oregon.

She said he had announced nothing new.

‘The president views a secure and prosperous Pakistan as critical to US interests,’ she said.

But by then Biden’s original comments had reached news organizations in Pakistan.

The country’s prime minister said the remarks were ‘factually incorrect and misleading.’

‘Over the past decades, Pakistan has proven be a most responsible nuclear state, wherein its nuclear programme is managed through a technically sound and foolproof command and control system,’ said Prime Minister Shebaz Sharif. 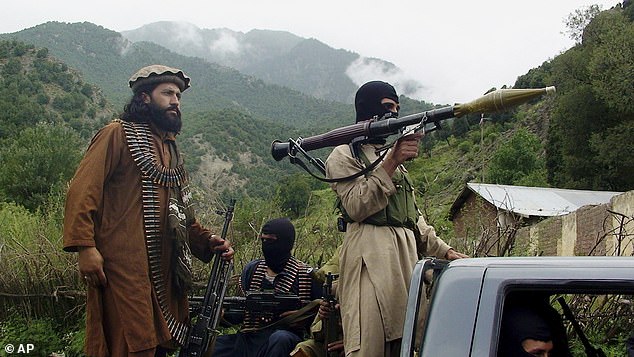 The Pakistan Taliban took control of the Swat Valley in 2007, closing to almost 100 miles of the capital Islamabad. They were forced out two years later but remain a terrorist threat

At a press conference on Saturday, Foreign Minister Bilawal Bhutto-Zardari said he was surprised by Biden and that Pakistan’s nuclear arsenal was secure.

‘As far as the question of the safety and security of Pakistan’s nuclear assets are concerned, we meet all – each and every – international standard in accordance with the IAEA,’ he said, referring to the International Atomic Energy Agency, which monitors safety.

He instead pointed the finger at India, which he said had accidentally fired a missile into Pakistani territory.

‘This is not only irresponsible and unsafe but raises genuine and serious concerns about the safety of nuclear-capable countries,’ he said.

He added that Biden’s comments were exactly the sort of misunderstanding that could happen when the two countries were not communicating.

‘I believe this is exactly the sort of misunderstanding that is created when there is a lack of engagement,’ he said.

Biden did not speak with Prime Minister Imran Khan, a populist leader with close ties to the military, before he was ousted from power earlier this year. 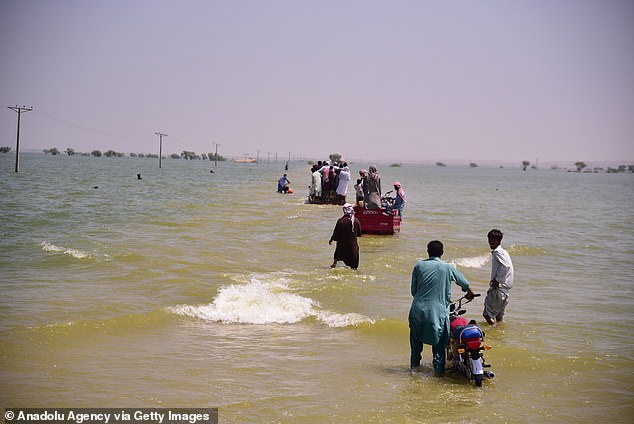 Devastating monsoon floods have added to concerns about Pakistan’s stability 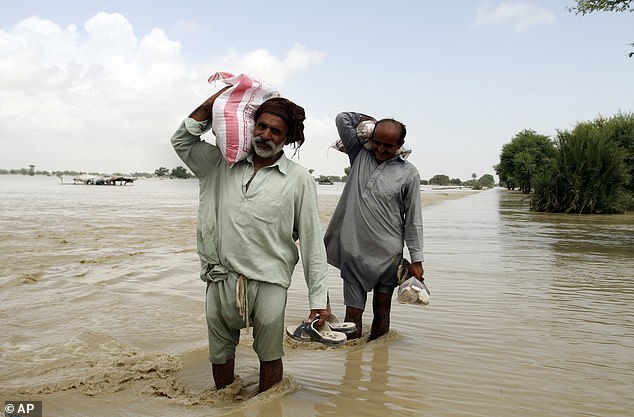 And Pakistani leaders continue to chafe at what they say is an administration that ignores them.

That reflects years of strained relations.

Washington frequently accused Islamabad of playing both sides, allowing the Afghan Taliban to operate from safe havens inside its territory while soaking up billions in U.S. military aid.

U.S. officials have in the past also expressed concern that Pakistan’s nuclear arsenal could fall into terrorist hands because of the country’s history of political instability.

The country is thought to have a nuclear arsenal of about 165 warheads – making it the world’s sixth biggest stockpile – according to the Center For Arms Control and Proliferation.

The country has been hit this year by devastating floods. Heavy monsoon rains, exacerbated by climate change, have killed at least 1500 people and brought fresh strains.