Either Ben McAdoo changed his mind mid-news conference, or the Carolina Panthers offensive coordinator accidentally let slip a bit of info he didn’t mean to.

McAdoo was asked on Tuesday whether he considered Sam Darnold the team’s starting quarterback heading into the fall.

But just minutes later, McAdoo walked that back.

“Announcing the starting quarterback here, I just put my foot in the mouth,” he said. “That wasn’t something I should have said.”

"That wasn't something I should have said." – Panthers OC Ben McAdoo a short while later pic.twitter.com/hpLTFBxuKR

While there’s still plenty of time for things to change, Darnold likely won’t be the Panthers’ starting quarterback this season.

Darnold threw for 2,527 yards with nine touchdowns and 13 interceptions in 12 games last season with the Panthers, his first in Carolina after spending his first three seasons in the league with the New York Jets. Though he started off on a 3-0 run, Darnold missed five games with a shoulder injury and didn’t complete better than 60% of his passes by the time the season was over for the second straight year.

The Panthers are widely expected to take a quarterback in the draft next week, potentially with the No. 6 overall pick. Yahoo Sports’ draft expert Eric Edholm has the Panthers using that pick on Liberty quarterback Malik Willis. The Panthers have also been linked to Cleveland Browns quarterback Baker Mayfield — who is almost certainly going to land elsewhere next season after the Browns traded for Deshaun Watson.

So either way, McAdoo likely spoke far too soon. 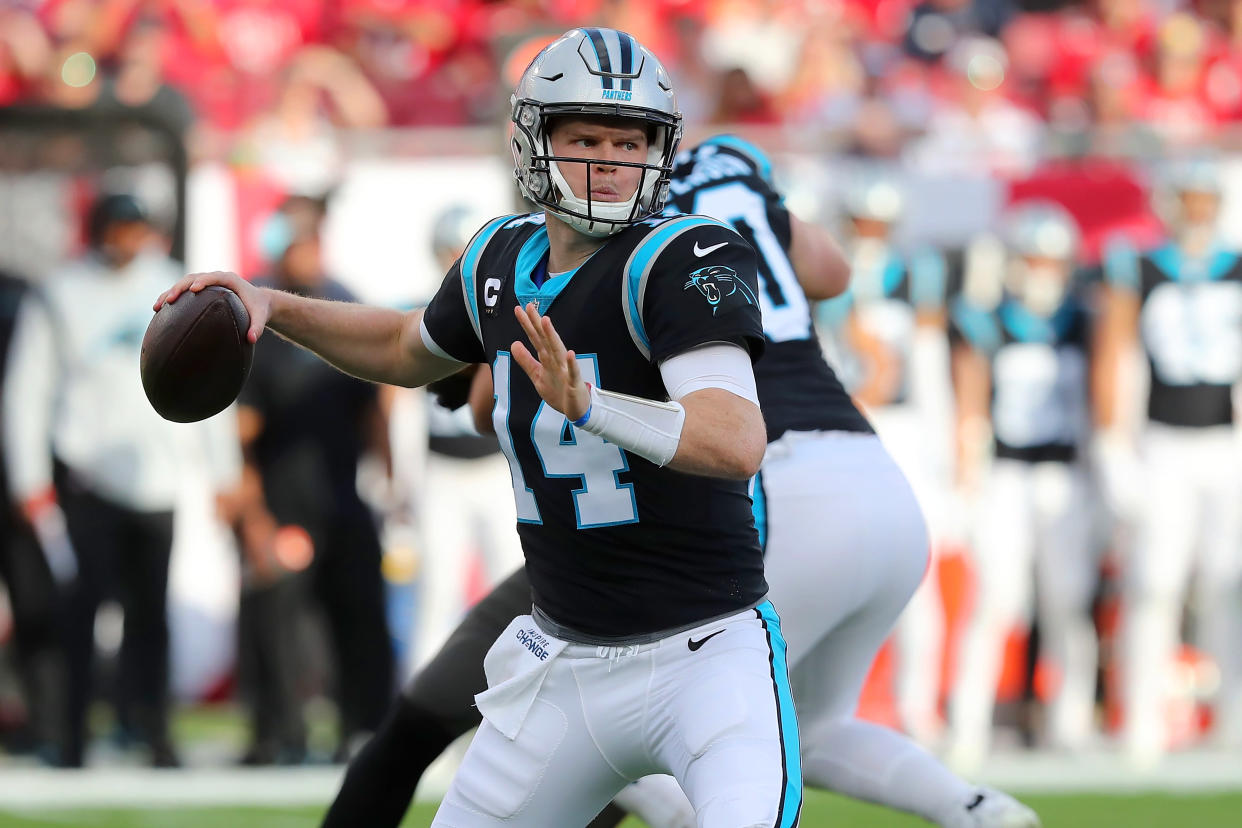