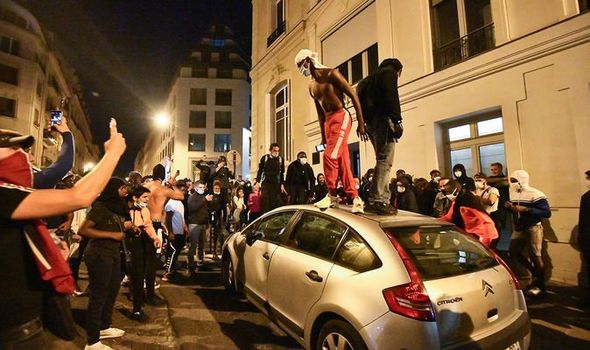 German team Bayern Munich beat the Parisian’s 1-0, as the French team made their first appearance in the tournament final. After the loss, some PSG fans were outraged and took the streets. Images and videos showed fans burning cars and looting stores, as Paris police scrambled to control the chaos.

Paris’ Police Headquarters confirmed on Twitter they have arrested 83 people as of 3am.


Huge crowds had gathered around the Parc de Princes, PSG’s home ground, and on the Champs Elysee. 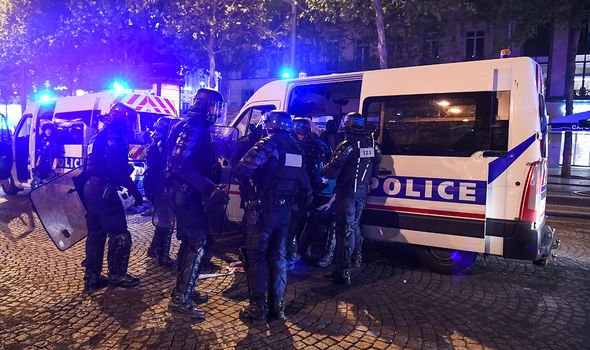 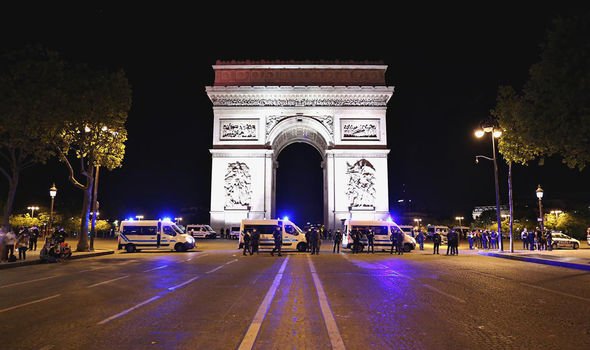 The match took place in Lisbon, Portugal, behind closed doors, with millions watching the game at home.


But hundreds of fans gathered outside of the stadium, which hosted only 5,000 supporters due to coronavirus guidelines.


Thousands more were out in the city’s streets, around major landmarks and bars.


Charles Baudry, a French journalist, said on Twitter before the match began that tensions were growing between fans and police at the Parc de Princes. 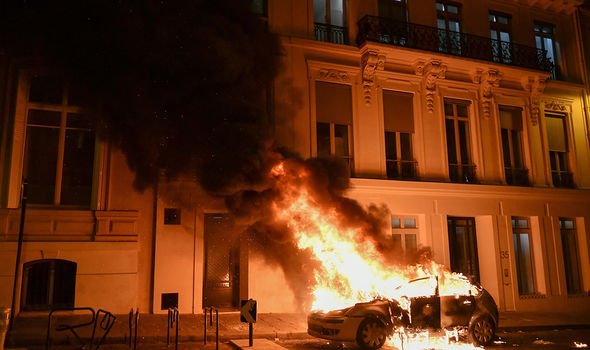 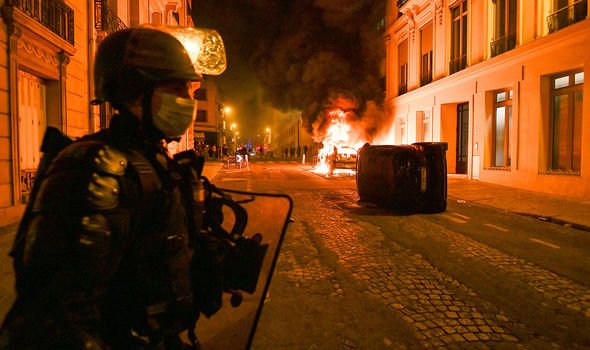 After the defeat, fans stormed onto busy roads waving flags and scarves, and forcing the traffic to stop.


Clutching batons, 3,000 police and gendarmes were seen raiding bars and café’s after the final whistle.


He also posted footage of tear gas canisters scattered across the Champs Elysee, along with smashed windows.

A fan at the Parc de Princes claimed the crowd were growing restless before the match finished, and attacked the police.


They said: “Trouble started before the final whistle.


“Riot police were out in force, and they came under attack when PSG went one-nil down.”


As he spoke, the police and fans traded projectiles in the background. 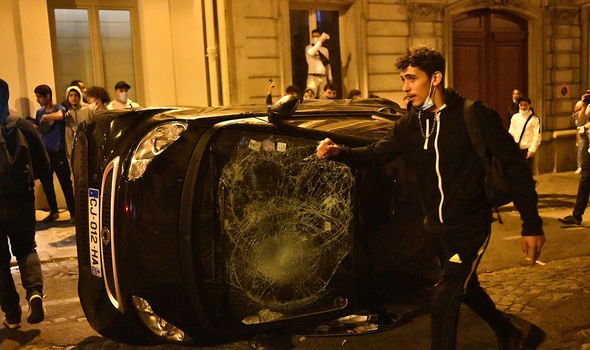 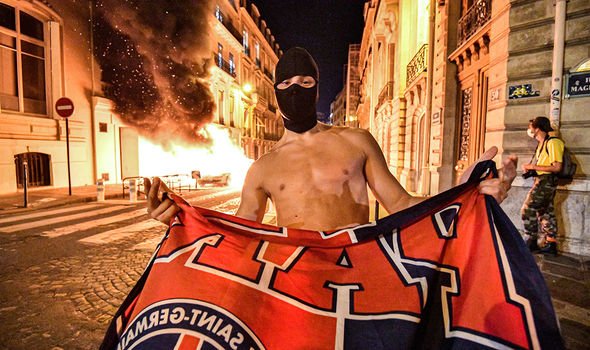 The riots prompted an outcry from Parisians on Twitter.


One said of the clashes between police and fans: “Is it a soccer game or the zombie attack?”


Another added: “Let’s ban football! too much shenanigans too much money and not to mention this kind of behaviour!”

One more hit out at French president Emmanuel Macron for the chaotic scenes, and claimed he is “not up to the task”.