A former Royal Marine criticised over his evacuation of near-200 dogs and cats from Afghanistan today revealed he is still working to get almost 70 of his ‘terrified’ staff out of the country.

Paul ‘Pen’ Farthing says he is working ‘every day to get them out’ of Kabul and is speaking to them daily amid the ongoing row over claims he prioritised pets over people.

Mr Farthing, who is now in Oslo with his wife Kaisa, was allowed to board the flight with his cats and dogs – but was forced to leave his staff members behind. British soldiers helped load the animals on to the privately chartered plane as he prepared to return to the UK.

In an interview with BBC Radio 5 Live, the former Royal Marine, from Essex, said: ‘We are not giving up. People think I’ve got the animals out, that’s it. It is not. Operation Ark was always people and animals. I talk to them daily. They are terrified. Our little operations room is still going every day to get them out.’

Defence Secretary Ben Wallace has complained some of Mr Farthing’s more militant supporters had ‘taken up too much time’ of senior British commanders trying to get humans out of the country.

Mr Farthing said today that his staff had been stopped from leaving Kabul by a  Taliban commander at the airport. 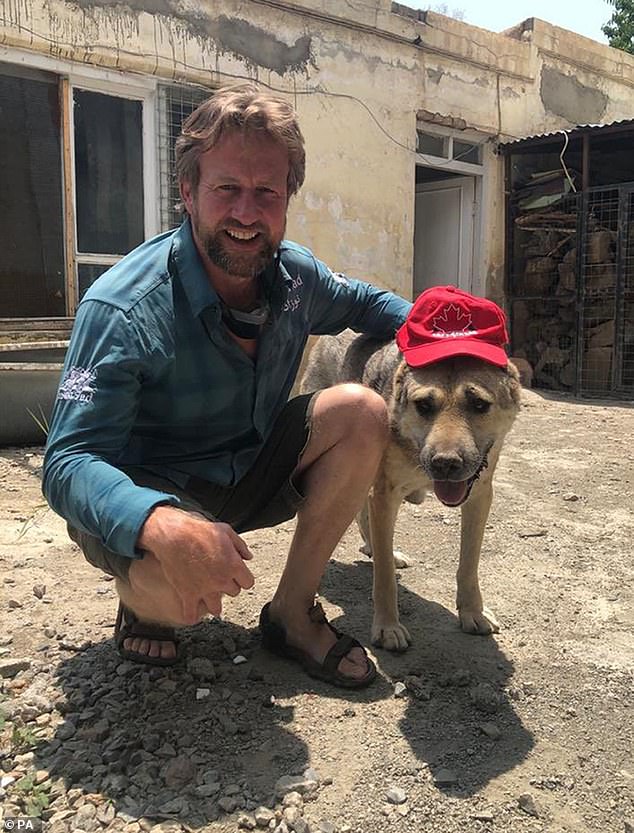 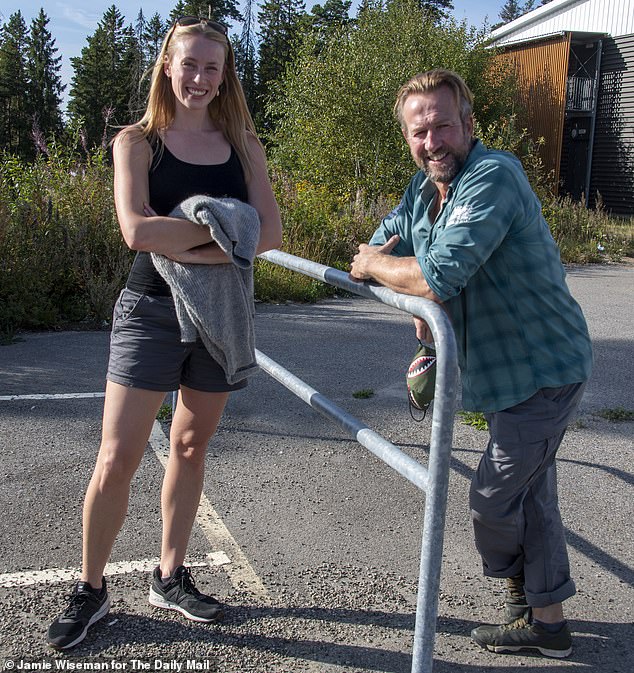 Pen Farthing (pictured with wife Kaisa Markhus), who passed through the Taliban-controlled barbed wire gateway into Kabul airport with his 150 dogs and cats from his animal rescue charity four days ago, recalled the anguish and uncertainty of leaving the Afghan capital

‘It took a while to get the visas from the British government. If I had hammered them harder and got the visas a day before, we could have got through’.

He added: ‘They had the correct paperwork from the British government to leave, but Joe Biden had changed the rules two hours earlier to state only people with passports with a visa in would be allowed into the airport.

Dominic Dyer, a supporter of Mr Farthing who assisted with the operation, has said the 100 dogs and 70 cats are in a ‘very good condition’ in quarantine kennels across the UK, with hundreds of people looking to adopt them.

Mr Dyer said: ‘We had a good plan of action and the animals are doing very well in the kennels – and despite the difficult journey, they’ve been durable and tough.

‘Over the next few weeks the animals will start to be rehomed, we have hundreds of people for each dog or cat- so it’s very likely all of them will be adopted and taken in by different families.

‘They are some of the most famous animals in the world right now, so there will be no shortage, but we want to be clear it’s not first come first served.

‘Nowzad is only a small charity so the process will be a slow one and there is an awful lot of work to be done.’ 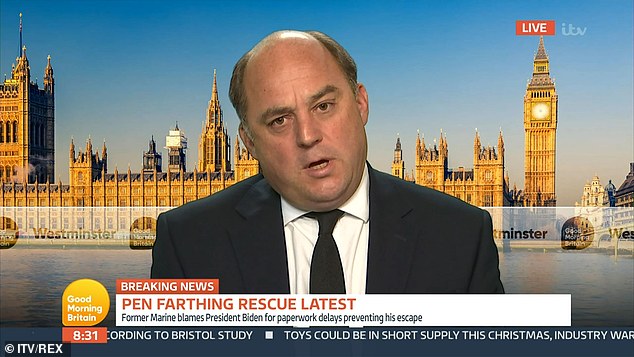 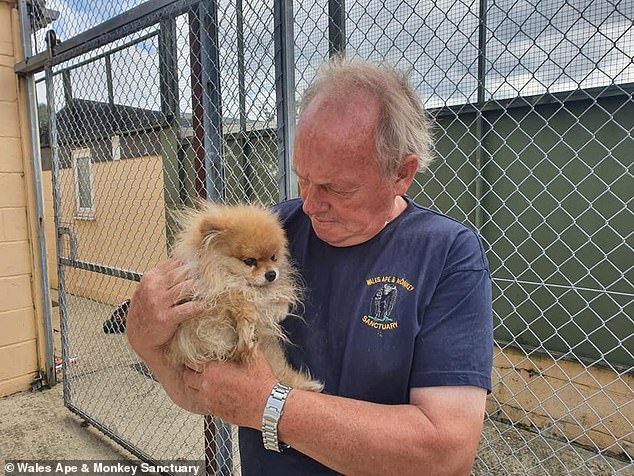 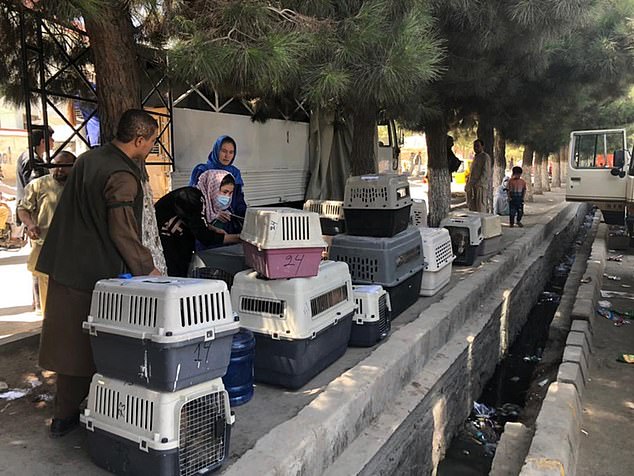 Mr Fathing’s staff and 179 cats and dogs, near the airport in Kabul as they attempted to flee the country

He said there will be a ‘screening process’ to pick the most ‘suitable homes’ for the animals.

Mr Farthing is still working to help evacuate 68 Nowzad animal shelter staff and family members, including 25 children and one newborn baby, from Afghanistan.

The Operation Ark campaign has caused controversy, despite receiving a huge amount of public support.

The ex-Marine also apologised for leaving an expletive-laden message for a Government aide as he was trying to carry out the evacuation.